A widow is planning to sue Airbnb for £1.2m after her husband died from an infection she believes was caught while using a hot tub at their rented holiday home.

Sandra Bermingham has set up a crowdfunding page to help pay legal fees and continue her six-year fight for compensation against the US owned company.

Her husband Paul died days after returning from a Christmas holiday at a farmhouse they had rented in Gozo, Malta, in 2016 from the popular site.

The 45-year-old father of two contracted Legionnaires disease from contaminated water said to come from the property’s hot tub.

Sandra has been battling since 2016 – but the £4bn company have repeatedly refused to accept any liability for her husband’s death. 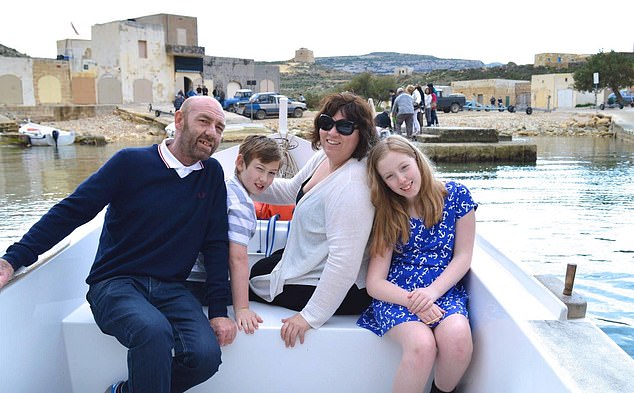 Paul Bermingham, pictured left, with his wife Sandra, centre, and their two children, Kate, 12, and Darragh, died after contracting Legionnaires disease while on holiday in Malta during a two-week break over Christmas in 2015

Sandra said:’ They have not shown any after care or any concern for people who rent homes through their site.

‘All they are interested in is getting money from bookings. It has left me speechless how ruthless they are an uncaring.’

Construction worker Paul, Sandra and their two children Darragh,10, and Kate,12, had booked a two week stay over the Christmas period in 2015.

A room at the property on the island had a hot tub which was mostly used by the children.

Sandra said Paul only used the hot tub once for a matter of seconds as he found the water too cold.

The children suffered no ill effects but days after returning to their home in Islington, North London, Paul fell ill. 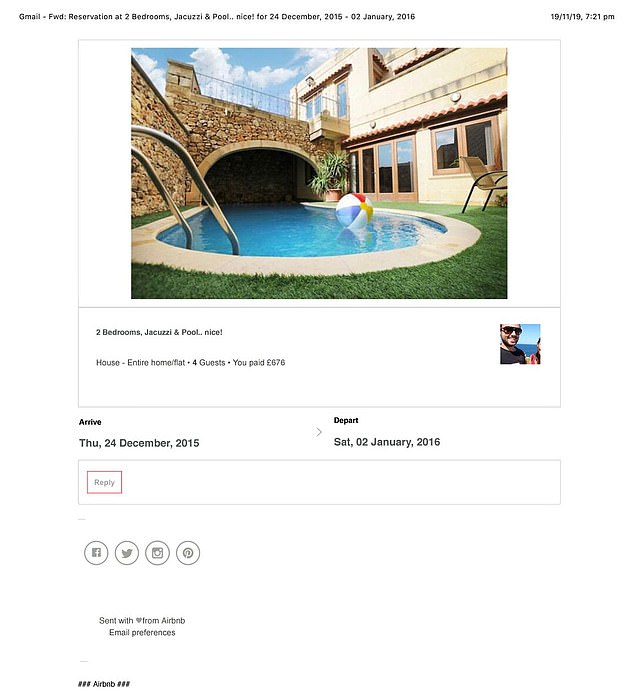 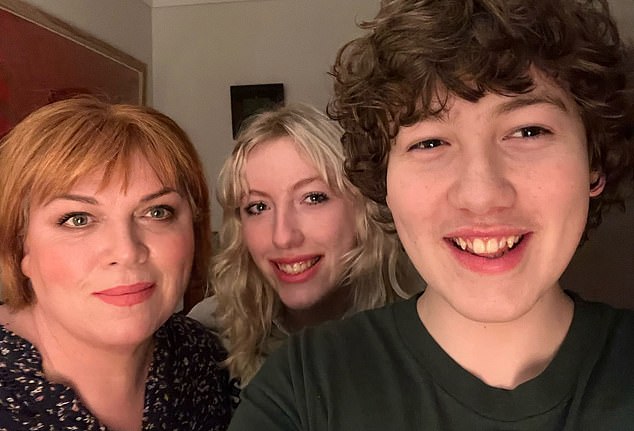 Sandra, left, pictured with Kate and Darragh is suing Airbnb is suing the US-based property firm for more than £1million. 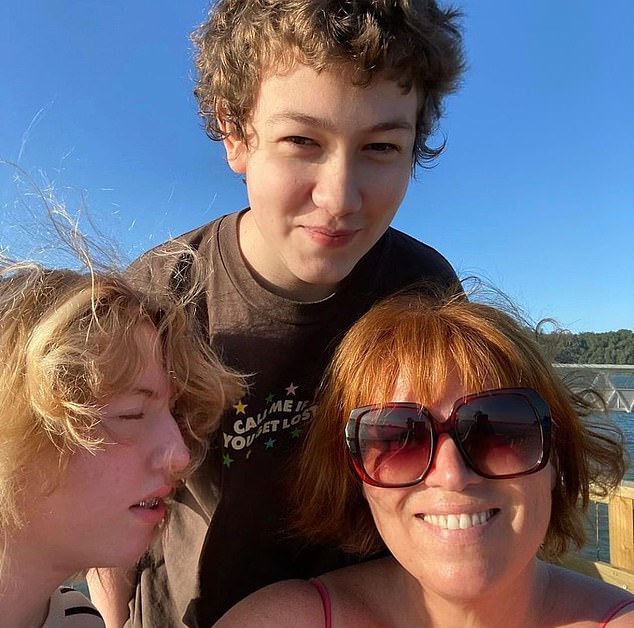 Sandra, pictured right, suffered a breakdown following the death of her late husband

He was rushed to Whittington Hospital and placed into an induced coma. He died 14 days after returning from Malta.

A coroner at an inquest ruled his cause of death as Legionella Pneumonia.

Legionella are a species of deadly bacteria that are airborne and are mostly found in contaminated water.

WHAT IS LEGIONNAIRES’ DISEASE?

Legionnaires’ disease is a severe form of pneumonia that causes lung inflammation.

It is caused by a bacterium, known as Legionella.

The condition can cause life-threatening complications, including respiratory failure, kidney failure and septic shock, which occurs when blood flow to the vital organs is blocked.

Anyone can become infected, however, at-risk people include the elderly, smokers and those with suppressed immune systems, such as chemotherapy patients.

Symptoms usually develop between two and 10 days after exposure to the bacteria.

People may then experience:

Treatment is antibiotics, usually in hospital, as soon as possible.

People can reduce their risk by not smoking as this damages the lungs and makes individuals more susceptible.

Sandra said: ‘Paul only went in the jacuzzi once on New Year’s Eve and he was in the water for a matter of seconds. The bacteria is airborne and I believe he was infected soon after he checked in to the farmhouse.

‘He was not one to complain, but after a few days home he asked for an ambulance to take him to hospital.

‘He was so ill and they had to put him in an induced coma, and he never recovered.The hospital did all they could but could not save him. We were utterly distraught that he could be taken from us.

‘The holiday was supposed to be a break we could all enjoy, but in ruined our family life.’

Sandra was left so distraught at her husband’s death that she suffered a breakdown.

She was unable to continue working as a make-up artist and with no savings forced to return to live with her brother in Auckland, New Zealand.

She claims Airbnb and their insurers refused to accept any liability – although the Gozo property was removed from their listings once they were informed about Mr Bermingham’s death.

The San Francisco based company which started in 2008 has seven million listings for rent on their site and has logged over 150 million rentals.

Since 2016 Mrs Bermingham, 54, has been battling Airbnb for compensation for her husband’s death.

She is seeking £1.2m for loss of earnings which have been calculated on how much she and her husband would have earned until retirement.

But despite law firms acting on her behalf she says she has been repeatedly stalled by the US home rental firm and their insurers.

‘At every turn they have tried to frustrate me and do not want to accept any liability for my husband’s death and the turmoil that has caused in my family’s life’ she said.

‘On one occasion when I tried to speak with their lawyers I was told they were all on holiday. This is a major multi-billion-dollar company and they claim there was no one available to speak.’

Mrs Bermingham has not been helped in her claim by the Maltese authorities who have refused to hand over the results of tests carried out on the contaminated water in the hot tub.

The Maltese based insurance company have cited privacy laws in not releasing the results, but the cause of death has not been disputed.

Sandra said: ‘ When we arrived at the farmhouse there was an overpouring smell of chlorine from the jacuzzi. It was so strong that we felt ill. It was also very cold inside, and so cold the owners had to bring in some heaters. 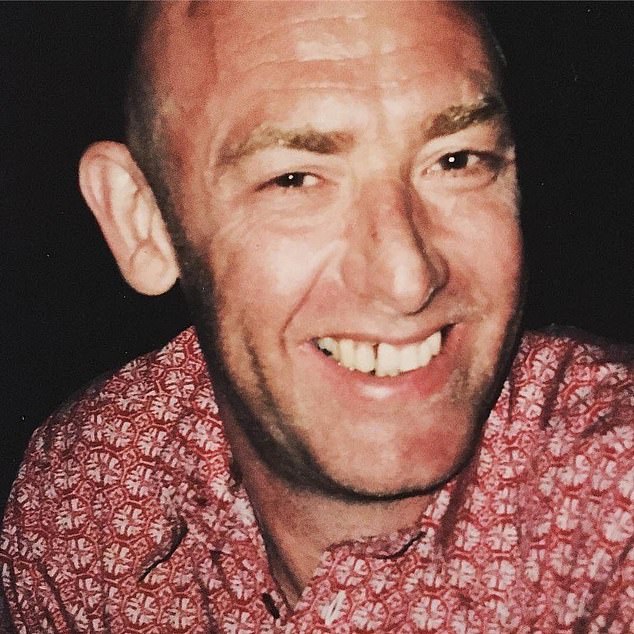 Since 2016 Mrs Bermingham, 54, has been battling Airbnb for compensation for her husband’s death. She is seeking £1.2m for loss of earnings which have been calculated on how much she and her husband would have earned until retirement 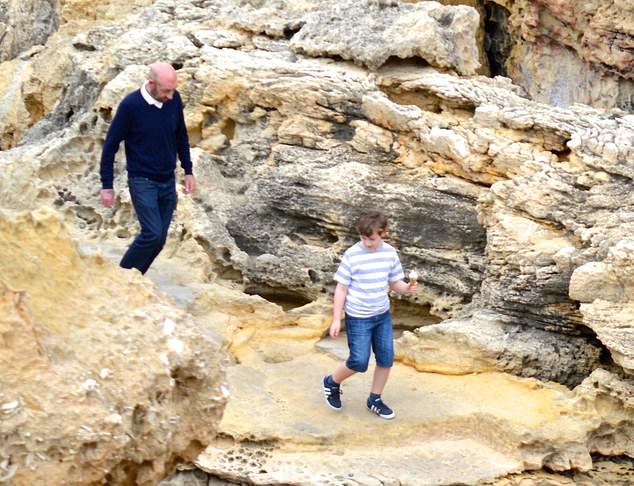 ‘I do not believe the jacuzzi had been properly maintained and it had not been used for sometime before our arrival.’

Peter Fenench, a Malta based lawyer representing Mrs Bermingham, said she needs to raise funds to continue to the legal fight against Airbnb and bring them to court.

Sandra said: ‘Airbnb did not investigate this case and never offered any kind of support to my family. No compensation has been forthcoming and I am I on my own to obtain justice for what happened.

‘Since I will not give up, I need funding for court proceedings to fight Airbnb on Malta for compensation.

‘I want the world to know how Airbnb works, making tons of money off our backs and waiving any responsibility when things go terribly wrong in the houses they earn their billions with.’

A spokesman for Airbnb said: ‘We were heartbroken to learn of this tragic incident at the time and our thoughts remain with the Bermingham family following such an unimaginable loss. We remain in touch with the family’s representatives on this matter.

‘The safety of our community is a priority and with more than one billion guest arrivals in Airbnb listings to date, isolated incidents are exceptionally rare.’

Sandra has a GoFundMe page to help pay her family’s legal costs.