Will Putin send another 500,000 conscripts to Ukraine?

Will Putin send another 500,000 conscripts to Ukraine? Russia quietly drops rule exempting fathers of three or more children from mobilisation

Russia has quietly dropped a rule exempting fathers of three of more children from mobilisation – amid fears Putin will send another 500,000 conscripts to Ukraine.

MPs are understood to have proposed a law that will give the country’s National Guard greater powers to impose military draft orders.

A second proposal includes allowing property to be confiscated from individuals who flee abroad to avoid being drafted into the war effort.

It comes after thousands of desperate Russians began trying to escape the country in September after Putin announced a dramatic mobilisation of 300,000 reservists. 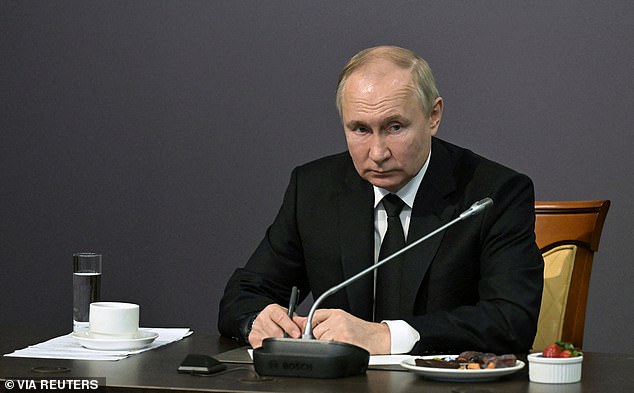 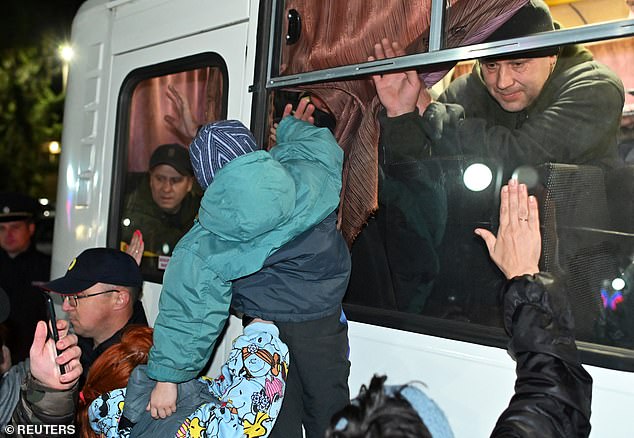 But Moscow’s mayor’s office is now said to be employing more staff to handle conscription, with some civil servants having had their holiday cancelled, The Telegraph reports.

Fears have also spread following rumours emerging on social media over talk of martial law in the country.

The Kremlin has denied any such plants to lift the exemption, but Putin hinted a second mobilisation may be near when he told workers at a military production factory in St Petersburg this week that they are exempt from a call-up.

Another wave of mobilisation could further prolong a war that the Kremlin initially expected only to last a matter of days.

Konrad Muzyka, chief of defence consultancy Rochan, told The Telegraph: ‘If Russia announces another wave of mobilisation and expands its armed forces, then the war in Ukraine will last years.’

But Moscow is also said to be aware of the political backlash such a decision may bring, with many of the 320,000 conscripts sent to the frontline in September now feared dead.

It comes as a close ally of Putin warned today that deliveries of weapons to Kyiv that threaten Russia will lead to a global catastrophe and make arguments against using weapons of mass destruction untenable.

Vyacheslav Volodin, speaker of the Duma – Russia’s lower house of parliament – warned that the United States and Nato’s support of Ukraine is leading the world to a ‘terrible war’. 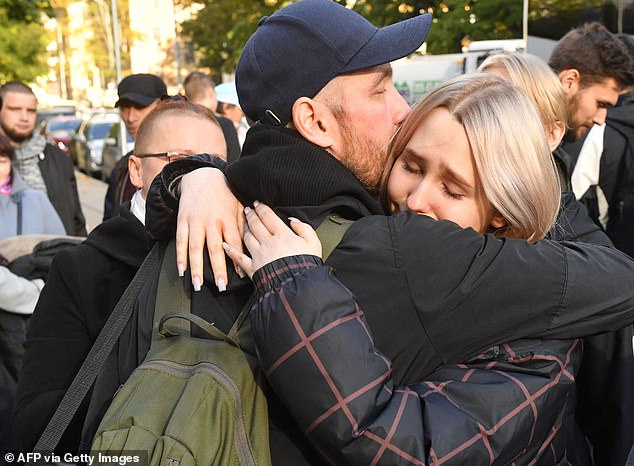 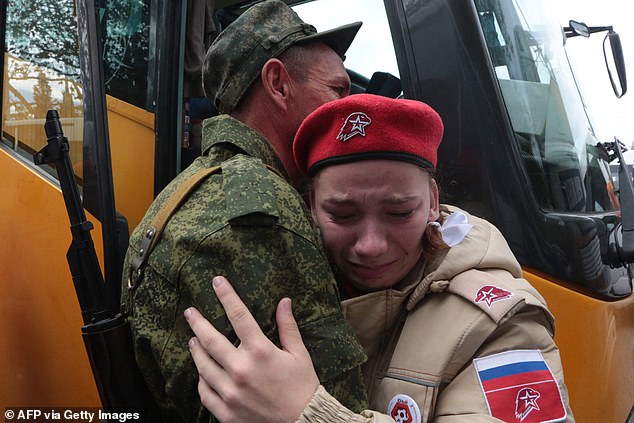 Thousands of desperate Russians began trying to escape the country in September after Putin announced a dramatic mobilisation of 300,000 reservists last year

He said on Telegram: ‘If Washington and NATO countries supply weapons that will be used to strike civilian cities and attempt to seize our territories, as they threaten, this will lead to retaliatory measures using more powerful weapons.

‘Arguments that the nuclear powers have not previously used weapons of mass destruction in local conflicts are untenable.

‘Because these states did not face a situation where there was a threat to the security of their citizens and the territorial integrity of the country.’

Western allies pledged billions of dollars worth of weapons for Ukraine last week.

However, they they failed to persuade Germany to lift a veto on providing its Leopard 2 battle tanks – held by an number of Nato nations but whose transfer to Ukraine requires Berlin’s approval.

Since its invasion on February 24 last year, which it has cast as defending itself from an aggressive West, Russia has taken control of parts of Ukraine and has said it will never return them.

Kyiv, though, has said that restoring Ukraine’s territorial integrity is not open for negotiation. 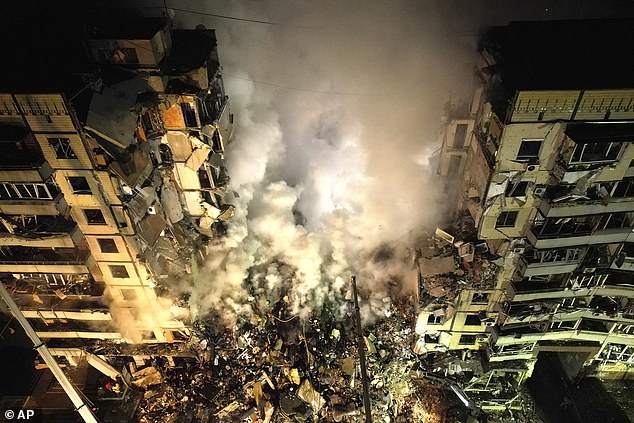 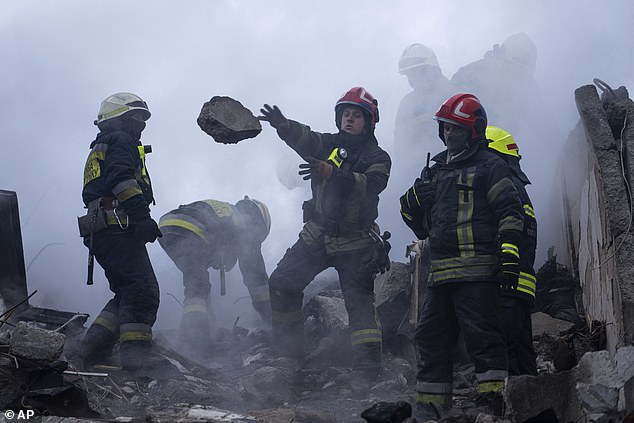 The 58-year-old has been speaker of the lower house, the State Duma, since 2016, having previously held a senior role in the presidential administration.

As a member of Putin’s Security Council, he has regular access to the president.

‘Deliveries of offensive weapons to the Kyiv regime will lead to a global catastrophe’, he said.

Meanwhile, US intelligence sources have claimed Russian casualties in Ukraine have reached a staggering 188,000.

The figure is a significant increase to the estimation of 100,000 Russian soldiers who were wounded, deserted and killed when outlined by UK’s Defence Secretary Ben Wallace at the end of 2022.

It is also thought that the Ukrainians have captured or destroyed approximately 2,000 Russian tanks since the invasion.