Rishi Sunak is facing a revolt over Northern Ireland Brexit rules as Tories and the DUP warn he must not give control to EU judges.

There is growing speculation that the PM is ready to agree that the European Court of Justice (ECJ) will still have a role in resolving disputes over the province.

The UK and Brussels have been engaged in intense negotiations to try and resolve the long-running standoff over post-Brexit rules.

The bitter dispute over the Protocol has collapsed powersharing, with the DUP boycotting the Northern Ireland institutions. 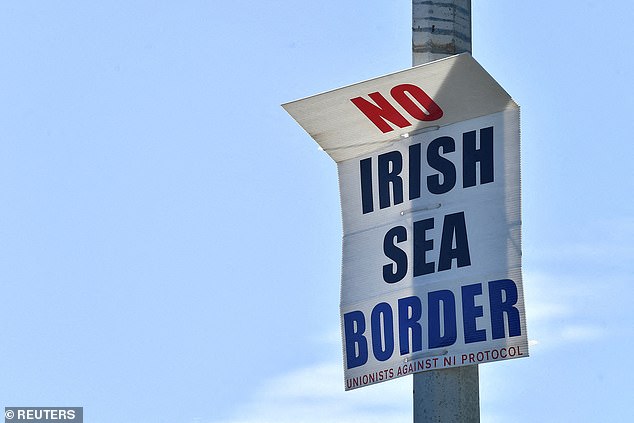 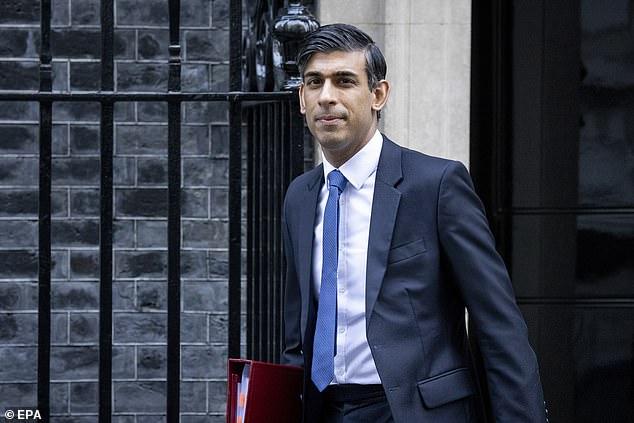 That has prevented the establishment of a functioning Northern Ireland Executive and Assembly since elections last May.

The sides are believed to be close to a deal, which could be finalised before the 25th anniversary of the Good Friday Agreement in April.

However, Cabinet ministers recognise that Mr Sunak will face a moment of danger as he will have to square compromises with both the Brexiteer ERG faction in his own party, and the DUP – which is demanding the protocol is scrapped.

Rumours are swirling that ministers are about to concede the ECJ can be the final arbiter on EU laws that apply inside Northern Ireland.

There are claims the UK will seek to insert protections to stop the European Commission from referring disputes directly to its court.

Instead spats would handled by an independent panel that would consult the ECJ.

Writing in the Sunday Telegraph, David Jones – deputy chair of the ERG – and DUP Brexit spokesman Sammy Wilson warned against attempting a ‘fudge’.

‘The ultimate test of any deal will be whether it ends Northern Ireland’s semi-colonial status as a client of the EU, automatically accepting EU laws without any input from elected representatives,’ they wrote in a joint article.

‘That is a fundamental problem that simply can’t be fudged. A deal should address not only the symptoms of the Protocol by reducing the level of checks. 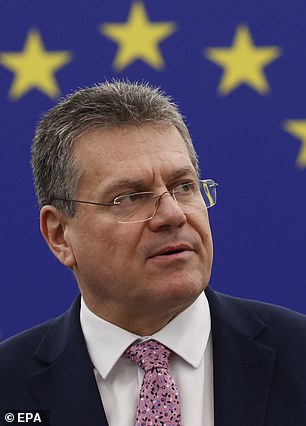 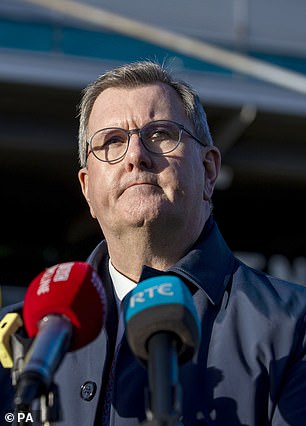 Maros Sefcovic (left) has been leading discussions for the EU. The DUP (leader Jeffrey Donaldson pictured right) has previously called for the protocol to be axed altogether

‘It must also resolve the root cause of those checks, namely the fact that Northern Ireland is trapped in EU Single Market rules, semi-detached from the rest of the United Kingdom, and therefore subject to the constant threat of future regulatory divergence with Great Britain.

‘Ultimately, an agreement that serves merely the short-term interests of the UK and EU but does not represent a lasting settlement between both those parties and all traditions in Northern Ireland will be futile.

‘Unionist politicians won’t accept it. It will be a failure in statecraft of historic proportions.’