Welcome to Day 3 of Wimbledon 2022! Days 1 and 2 were played at breakneck speed, but now that we’re in Round 2, things are calming down a bit. Instead of 64 matches, we get a slightly less bonkers 32. Novak Djokovic will play, as will Emma Raducanu, Ons Jabeur, Jessica Pegula, Frances Tiafoe, Andy Murray, and Reilly Opelka.

To get on top of what happened on Day 2, click here.

Catch up with the biggest news of Day 3 below.

Novak Djokovic may be back to his old self again. The No. 1 seed ran right through Thanasi Kokkinakis in straight sets, defeating him 6-1, 6-4, 6-2. Kokkinakis had a tall mountain to climb to find some kind of weakness he could exploit, because Djokovic has so few when he’s at the top of his game. Kokkinakis had a surge in the second set, and it felt like the momentum might be shifting, but Djokovic fended that off so easily. He played cleanly, which exactly what he needs to do on these grass courts. It’s been 1,812 days since Djokovic’s last defeat at Wimbledon, and it’ll be two more days until another competitor tries to reset that clock. Best of luck to them, because Djokovic isn’t slowing down for anyone.

Ruud out after loss to Humbert

Casper Ruud’s time at Wimbledon 2022 is over. The No. 3 seed lost to unseeded Frenchman Ugo Humbert in a four-set battle, with Humbert prevailing 3-6, 6-2, 7-5, 6-4. Initially, it didn’t look like Ruud was in much danger. He won the first set, but couldn’t get a handle on Humbert in the second. Then Ruud lost in a very close third set, and his comeback attempt in the fourth just wasn’t enough. Ruud, who made it to the French Open finals last month (only to be defeated by Rafael Nadal), will have to try and improve on his career-best second round finish in 2023. 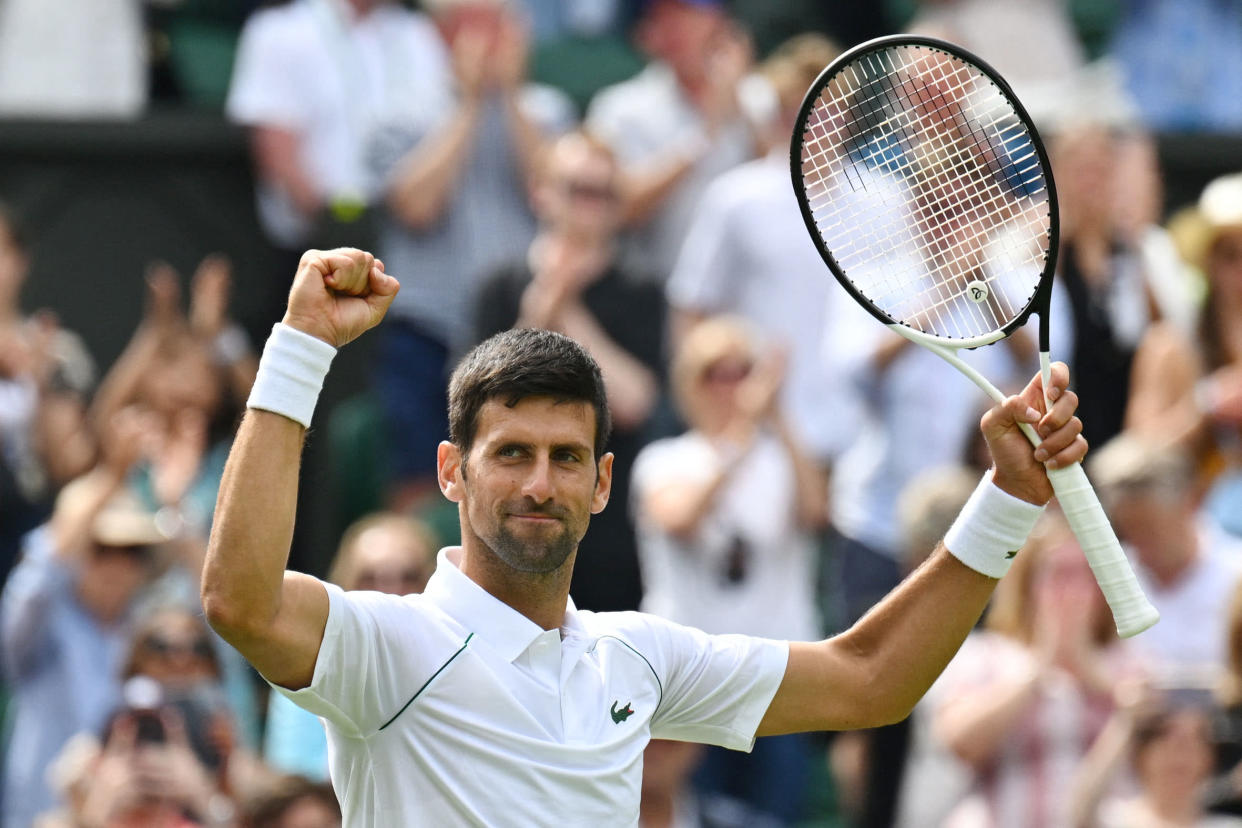 American Frances Tiafoe had no problem beating Germany’s Maximilian Marterer, rolling to a 6-2, 6-2, 7-6(3) win in just one hour and 36 minutes. Tiafoe, the No. 23 seed, has already bested his best finish at Wimbledon, which was a Round 2 exit in 2021. The 24-year-old looked excellent in both his matches thus far, and is part of a fleet of American men trying to end the Grand Slam quarterfinals drought. The last time an American man made it to the quarterfinals of a Grand Slam was in 2020, when Tennys Sandgren lost to Roger Federer at the Australian Open.

Anett Kontaveit, the No. 2 seed at Wimbledon and ranked No. 3 in the world, was eliminated in straight sets on Wednesday by Jule Niemeier, the No. 97 player in the world. It was a pretty thorough win for Niemeier, who defeated Kontaveit 6-4, 6-0 in just 58 minutes. Kontaveit was competitive in the first set, but completely ran out of steam in the second. It doesn’t appear that she was injured, though she pulled out of Berlin and Eastbourne earlier this month because she was dealing with the after-effects of COVID-19. It’s not known if she’s still dealing with that, and if it affected her performance in the second round.