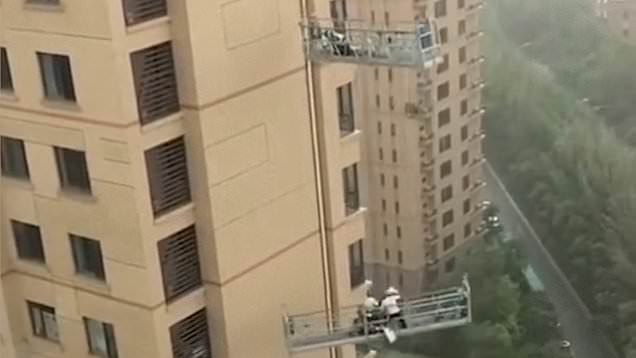 Terrifying footage has emerged of the moment window cleaners were hurled against the side of a tower block during a powerful storm in China.

The workers were standing inside two separate commercial cradles suspended by high-strength cables from the top of the building, when they were suddenly sent swinging through the sky.

A resident captured the stomach-churning incident in Tianjiin, northern China, after winds picked up on May 26.

The video shows the cleaners being blown around as the cradles perilously sway back and forth.

The person filming can be heard to cry out as one carriage hits the building – followed by the second cradle moments later.

Firefighters arrived at the scene to help the window cleaners after a resident in the major port city raised the alarm. 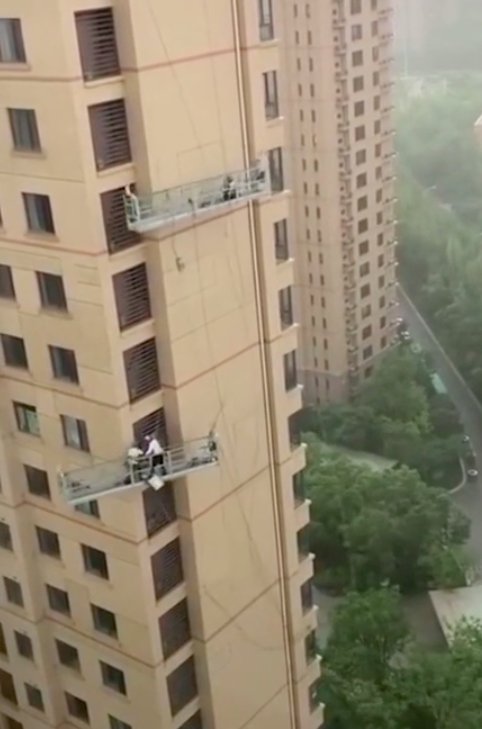 But tragically two other high-rise cleaners were not so lucky after suffering fatal injuries during a similar incident in Wuhan, central China days earlier.

Harrowing footage showed the workers repeatedly thrown against a 46-storey skyscraper after their swing stage went out of control during deadly gale-force winds.

The men, aged 34 and 53, identified only by their surnames, Yang and Han, were rushed to hospital but could not be saved, local authorities said.

The incident is now under investigation and the workers’ supervisor has also been detained, Newsweek reported.

The cleaning and decorating firm that hired the victims, Hubei Gaoyi, said it was cooperating with the probe.