A Wisconsin man was arrested Saturday after a gun he was handling discharged and killed an 8-year-old girl in Milwaukee, an incident that prompted the city’s acting mayor to ask citizens to “put down the guns” on the heels of a record-breaking year for homicides.

The incident happened around 2:25 p.m. on the 1800 block of West Highland Avenue, the Milwaukee Police Department said.

Police said the 47-year-old man was handling a firearm when it went off and the subsequent gunfire struck the girl. She was rushed to a local hospital, where police said she died of her injuries. 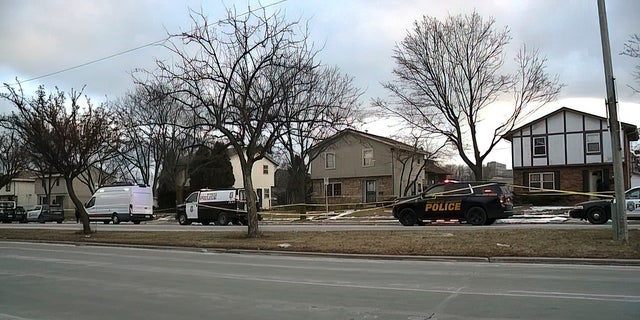 An 8-year-old girl was shot and killed in Milwaukee on Saturday after a gun being held by a man discharged and struck the child.
( FOX6 Milwaukee WITI)

Police did not immediately release the identities of the man or the child.

Police said the death was being investigated as a homicide and that criminal charges would be referred to the Milwaukee County District Attorney’s Office.

An autopsy was scheduled for Monday, the Milwaukee County Medical Examiner’s Office said, adding that no further information will be released at this time.

“Mistaken gunfire has extinguished another innocent life,” Johnson said. “I offer my condolences to her family. Please, put down the guns. If you have a gun in your home, secure it with a trigger lock or in a safe. Never, never handle a gun near children.”

The child’s death comes just days after Johnson announced a series of proposals to combat the city’s rising crime after a record-breaking year for homicides, with 205 reported killings in 2021, according to the Milwaukee Journal Sentinel.

Johnson took over as acting mayor last month after Mayor Tom Barrrett resigned to become the next U.S. ambassador to Luxembourg.