The Universities of Bristol and Nottingham have reportedly outlawed words like ‘mankind’ and ‘millennial’ to avoid causing offence on campus – while terms such as ‘manpower’ are to be replaced with ‘workforce’.

Woke chiefs at the Russell Group schools fear the everyday expressions contribute to stigmas and can have negative associations, reports the Sun.

At Bristol, students and faculty have allegedly been told to replace the word ‘manning’ with ‘stationed’, while ‘able-bodied’ people should now be called ‘non-disabled’.

The 146-year-old university, which counts stars like Simon Pegg, David Walliams and Matt Lucas as alumni, has also asked that generational nicknames like ‘boomers’ and ‘millennials’ be avoided.

As part of its style guide, ‘humankind’ should also replace ‘mankind’, while ‘workforce’ should be used instead of ‘manpower’.

‘These can reinforce negative stereotypes, and the terms are not easily understood, especially by some international audiences.’ 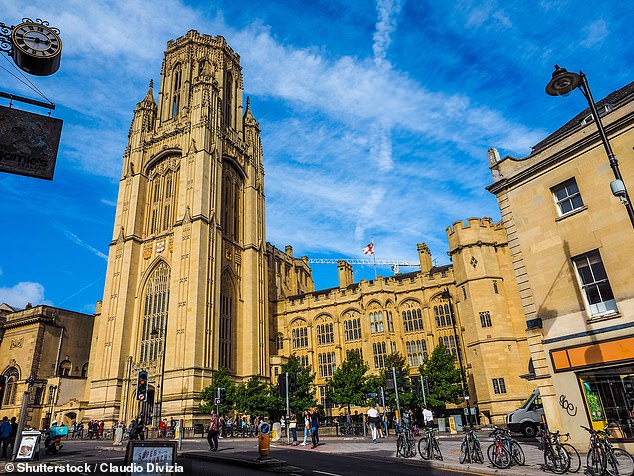 At Bristol University (pictured), students and faculty have allegedly been told to replace the word ‘manning’ with ‘stationed’, while ‘able-bodied’ people must now be called ‘non-disabled’ 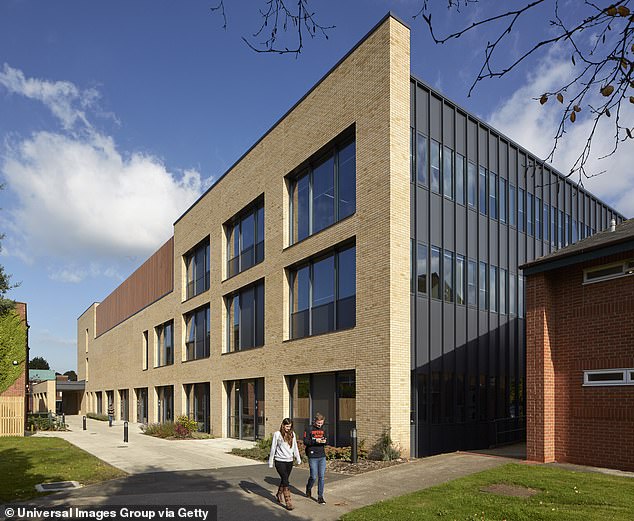 Meanwhile at Nottingham University (pictured), phrases such as ‘the request fell on deaf ears’ or ‘blind spot’ are now deemed out of touch for potentially ‘associating impairments with negative things’

Meanwhile at Nottingham, phrases such as ‘the request fell on deaf ears’ or ‘blind spot’ are now deemed out of touch for potentially ‘associating impairments with negative things.’

Words like ‘lame’ and ‘stupid’ are also now discouraged.

Bristol Uni agrees, as its style guide reads: ‘Avoid slang that associates a disability with a negative trait, such as “falling on deaf ears”, “turning a blind eye” or “the blind leading the blind”.’

Tory MP Nigel Mills told the Sun: ‘Free speech really is at risk because of these ridiculous ideas.’

Both universities were contacted by MailOnline. Bristol refused to comment.

It comes after the University of York faced ridicule last month when it slapped a trigger warning on one of its archaeology courses – alerting students they may see images of human remains.

The bizarre flag was placed on its Communicating Archaeology module which starts in September.

Department heads risked being accused of patronising its budding Indiana Joneses over the warning of content surely expected on a course of its nature.

The module – led by Dr Colleen Morgan – is described as ‘providing skills needed to communicate archaeological research to a variety of audiences’.

MP Andrew Bridgen – who has previously hit out against little-needed trigger warnings and censorship – said it was absurd. 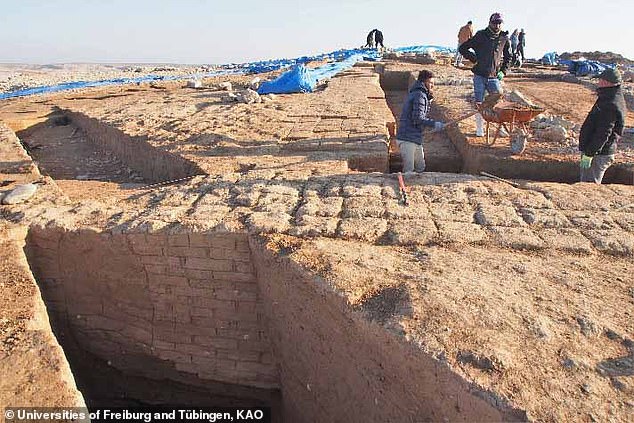 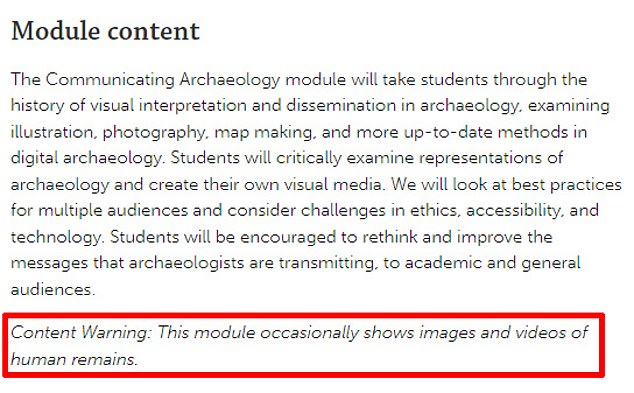 He told MailOnline:  ‘If the archeology students are worried about seeing human remains perhaps they should have considered another course.’

The module description for the upcoming academic year lays out the course and what it will contain.

It states: ‘The Communicating Archaeology module will take students through the history of visual interpretation and dissemination in archaeology, examining illustration, photography, map making, and more up-to-date methods in digital archaeology.

‘Students will critically examine representations of archaeology and create their own visual media.

‘We will look at best practices for multiple audiences and consider challenges in ethics, accessibility, and technology.

‘Students will be encouraged to rethink and improve the messages that archaeologists are transmitting, to academic and general audiences.’

It was the latest in a series of trigger warnings from universities that have attracted ridicule.

Its English Department sounded the klaxon to freshers on its Approaches to Literature module, led by Dr Richard Leahy. It even told them they could raise concerns with him if they had ‘any issues’ with the topics discussed.

Harry Potter and the Philosopher’s Stone is one of the course’s three set literary texts alongside Suzanne Collins’ The Hunger Games and Philip Pullman’s Northern Lights.

The trigger warning seen by MailOnline tells students: ‘Although we are studying a selection of Young Adult texts on this Module, the nature of the theories we apply to them can lead to some difficult conversations about gender, race, sexuality, class, and identity.

‘These topics will be treated objectively, critically, and most crucially, with respect. If anyone has any issues with the content, please get in touch with the Module Leader to make them aware.’

It comes after JK Rowling’s views on transgender rights has seen her criticised from some quarters.

A number of schools have distanced themselves from her, even removing her as a house name in some cases.

The University of York did not reply to a MailOnline request for comment on the archaeology trigger warning.