A WOMAN was left unable to walk with a bleed on the brain after a horrific roller skating accident on holiday.

Madison Adams, 26, suffered a fractured skull after she fell at high speed while skating without a helmet on holiday in Wales last month. 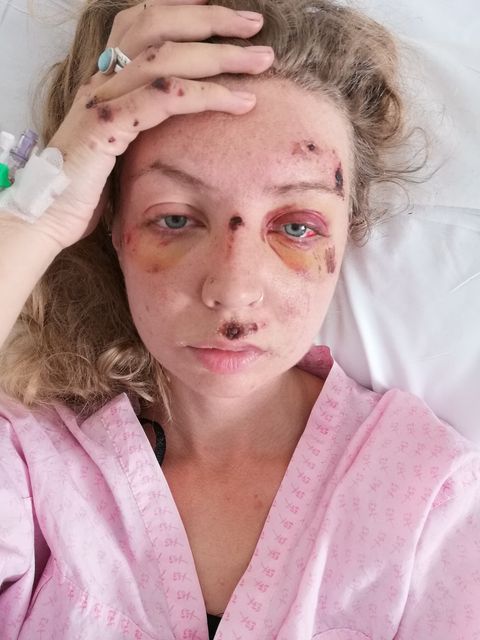 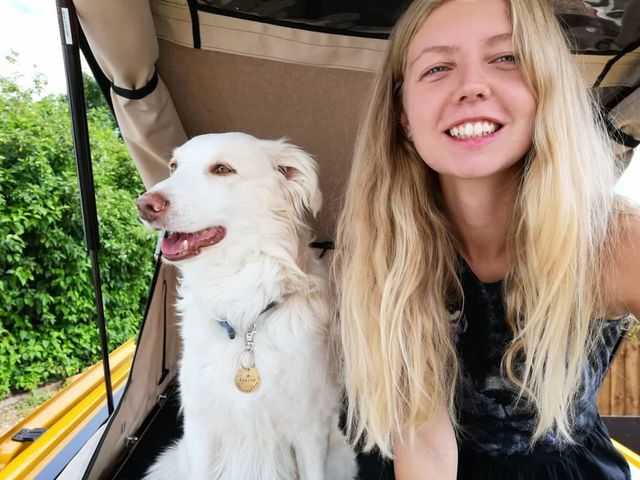 The 26-year-old from Hanchurch, Stoke-on-Trent, said the last thing she remembers from the horror crash was thinking "I'm going too fast."

She was skating down a hill near Llandudno in Wales with her dog – and then woke up in an ambulance as she was rushed to hospital before being transferred to a trauma ward.

Due to the loss of blood to her brain, Madison was unable to walk and is slowly relearning with the help of a wheelchair.

Speaking to the Stoke Sentinel, Madison said: "I don't remember any of it, I blacked out.

"I was skating the coast of Llandudno. We went from Rhyl to Colwyn Bay skating with my dog Noah and sleeping in my camper van.

"There was a hill and I just remember thinking I'm going a bit fast and I must have fallen over, I was knocked unconscious and woke up in the ambulance.

"I had blood all over me because my head and mouth were bleeding. I had blood in my eyes and I couldn't open them."

The paramedics who came to her rescue also wrapped her dog in blankets and looked after him while she was getting her hospital treatment.

Madison added: "They said I had suffered a massive hit to my head, my brain was bleeding and I was just going in and out of consciousness.

"My main concern at the time was where was my dog. Luckily I had a friend with me and he was outside the hospital with Noah for hours.

"I was then transferred to Royal Stoke because I needed to go on the trauma ward. It was so busy there.

"At first I couldn't walk, but my brain is remembering how to walk a bit now.

"I can't stand for long periods of time and my memory is affected. I feel dizzy all the time."

The 26-year-old was at Royal Stoke University Hospital for two weeks – and now has a wheelchair which her friends push her around in when they go on walks.

Despite her serious injuries, Madison hopes to one day be able to skate again as she builds up her confidence.

She added: "I've only been skating for six months and I initially started because Noah runs so fast and I wanted to be able to keep up with him.

"I got over confident and didn't wear a helmet, but if I do skate again I will always have one on." 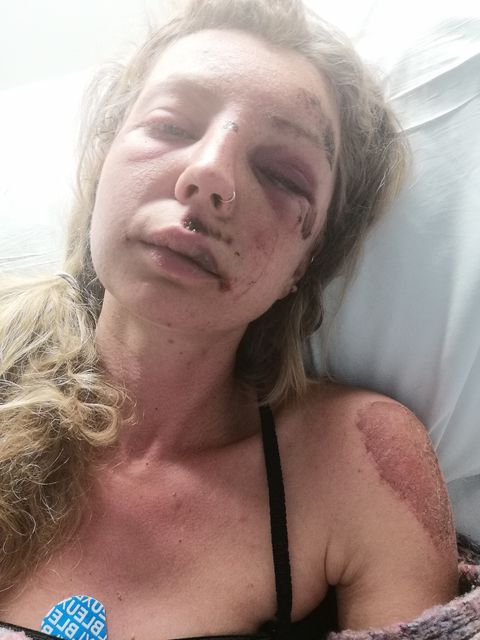 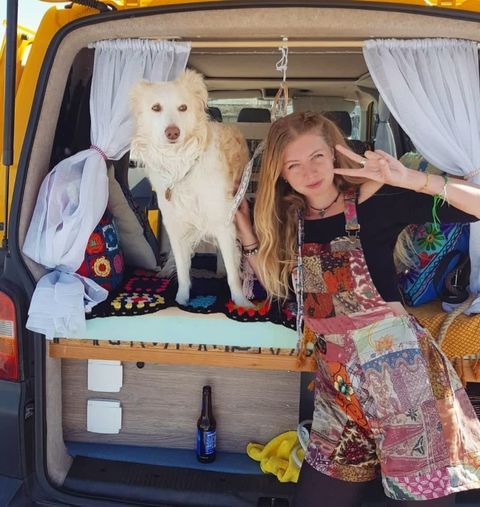