Woman, 52, who suffered a decade of sexual abuse at hands of her mother’s partner is ordered to pay HIM £35,000 and let him live in the family home because of will made by her mother who never knew of his crimes

A woman who faced years of sexual abuse at the hands of her mother’s lover has been ordered by a court to pay him £35,000 – and let him live in the family home.

Kirsty Easthope, 52, must pay out after losing a costly legal battle against convicted serial sex offender, Arthur Hepple after he was released from prison.

The 84-year-old pervert was given a suspended prison sentence in 2014 and put on the sex offenders’ register for abusing Kirsty. He was then jailed for another sex attack on a woman and her teenage daughter in 2017.

But Kirsty’s mother, Irma Barnett, had written in her will before she died – and before her partner’s crimes had come to life – that she wanted Hepple to live in the family home in York, North Yorkshire, for the rest of his life.

Now a court has ruled in his favour, with Kirstie saying: ‘It’s all just devastating. He just wants to cause me as much hurt as possible.’ 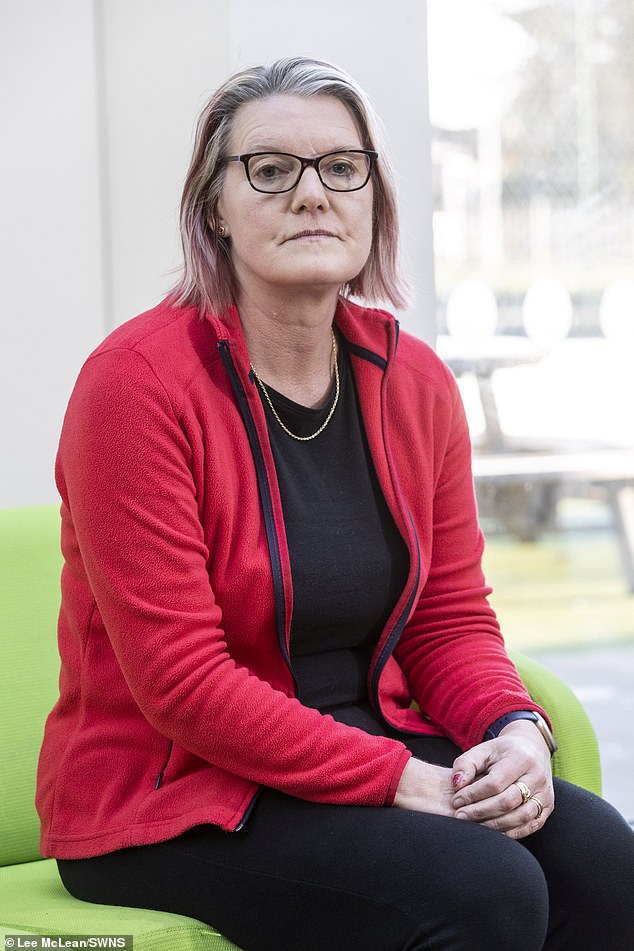 Victim: Kirsty Easthope, 52, was sexually abused by her mother’s perverted husband, Arthur Hepple. Now she has been ordered to let him live in the family home after losing a court war 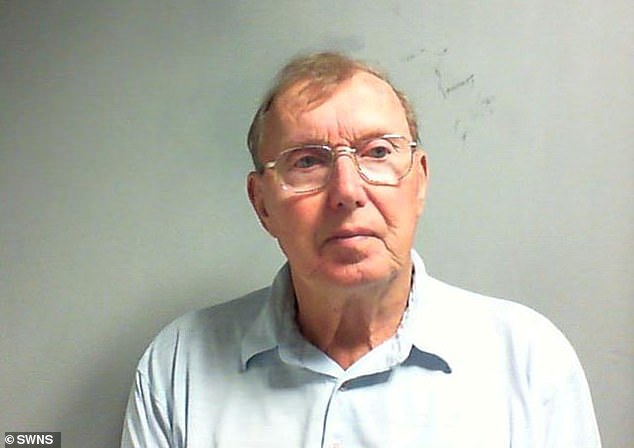 Hepple, now 84, was jailed in 2017 for sexually assault a mother and her child. It came after he was given a suspended sentence in 2014 for abusing Kirsty

Kirsty had rented the property out while Hepple was behind bars. But the sex offender contested his right to return to the detached bungalow when he was released from jail in October 2018.

Instead took his victim to Leeds County Court, where a judge ruled in his favour – and told Kirsty she had to evict her tenants and pay him £35,000 in damages.

Kirsty said: ‘I don’t understand how he doesn’t feel ashamed and how he can want to go back and live where he isn’t welcome.

‘With no remorse for his crimes, including the mental and physical anguish he had put me through, he decided to take me to court.

‘I have been a victim throughout all of this but there has been no compensation for my suffering but catastrophic financial consequences, and my mental health has suffered immensely.

‘I’ve felt so devastated and hopeless that at times I felt life wasn’t worth living.’ 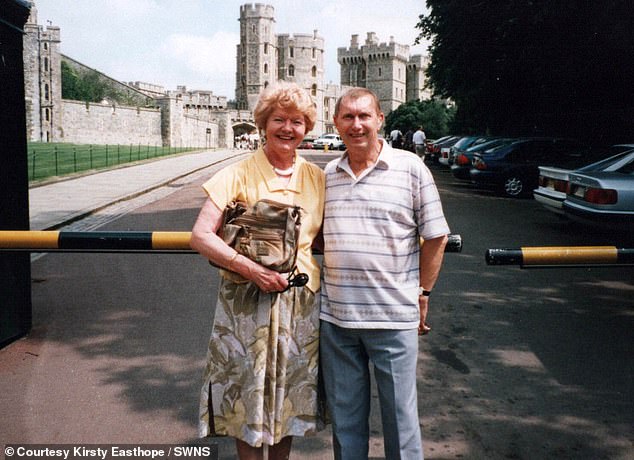 Kirsty’s mother Irma Barnett, left, met Hepple after the death of her husband Alan in 1996. He moved into the bungalow in 1999. Hepple is pictured with Mrs Barnett 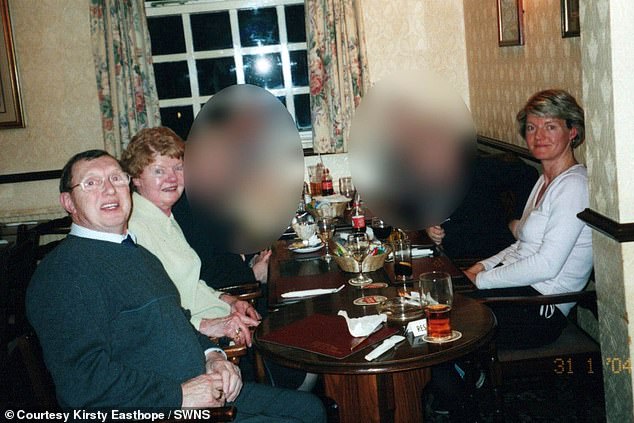 Hepple is pictured with Irma, left, sitting opposite to Kirsty, right

And in a double blow, Kirsty now faces paying her own and Hepple’s legal fees, bringing the total estimated amount she owes to about £100,000.

She has also been told to furnish the £300,000 bungalow she inherited from her mother for him at her own expense.

Mrs Barnett wrote the will in 2000 but died in 2013 aged 81 suffering from dementia and was unaware of the abuse, according to Kirsty.

Kirsty went to the police after her mother’s death to complain that he had sexually abused her.

Hepple, who had no previous convictions, was given a suspended prison sentence in 2014 and put on the sex offenders register. He was later jailed for another sex attack on a woman and her teenage daughter in 2017.

Kirsty, who waived her legal right to anonymity to speak out about her ordeal, said her ordeal has left her ‘totally distressed’ and ‘unable to sleep or eat’.

‘Had my mum known of Hepple’s actions, I fully believe she would have changed her will and removed him from her home,’ she added. 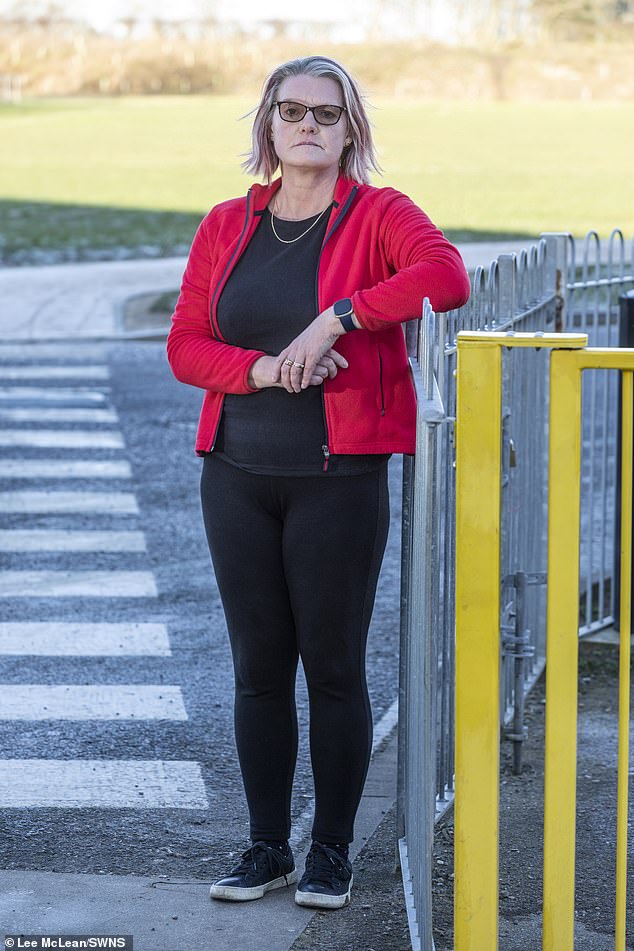 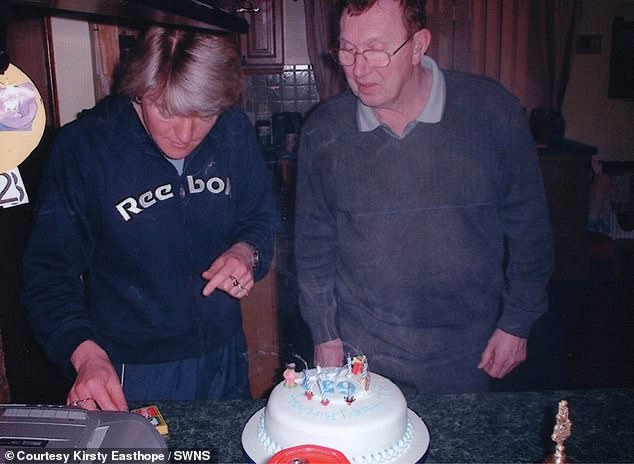 Kirsty is pictured with Hepple, right, during a family event

Kirsty said her mother started to develop dementia in 2003 and no longer had the ability to understand and change her will before she died aged 81 in 2013.

She said that when Hepple was charged with the second set of sexual offences, he was remanded in custody and was then jailed for two years, three months.

The property was left empty, and she was advised she should rent it out by solicitors.

When she came out of prison, she said she was also advised by solicitors to not permit him to enter it but to offer suitable alternative accommodation.

He was offered it three times but refused each offer, insisting he return to the property she owned.

After a nearly three-year fight over the house, Kirsty now has to pay Hepple back which she said has made her go on medication for her mental health.

Tragically, Hepple first started assaulting Kirsty after her mother was diagnosed with dementia in 2003 so she never knew that her own daughter was being abused.

Kirsty never reported him as she feared the police wouldn’t take her seriously and thought they would have ‘laughed her out of the building’ if she did try.

She added: ‘At first I was shocked and embarrassed and I felt silly.

‘I felt like it wasn’t a police matter because they would have just laughed me out of the building. 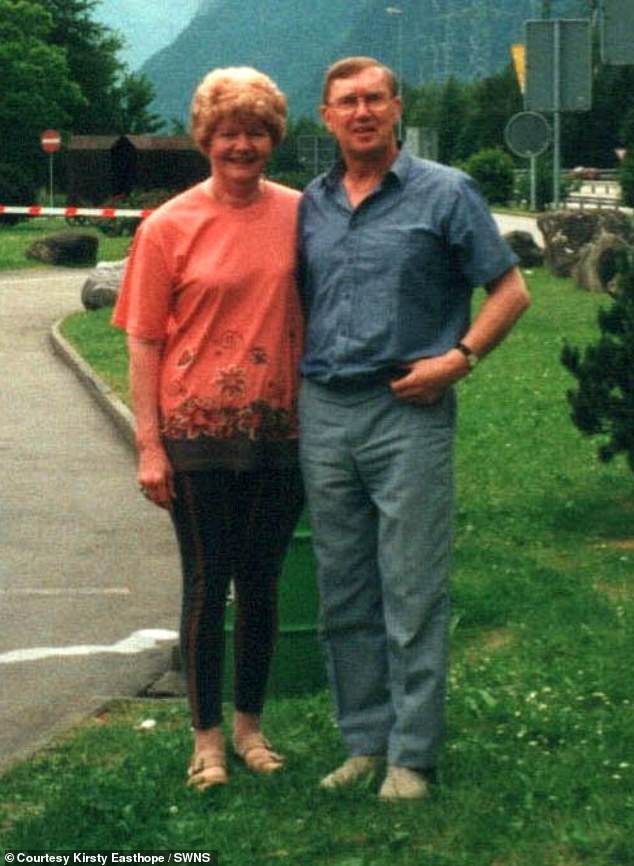 Irma used to go on trips away with Hepple, never knowing that he had sexually assaulted her daughter

‘So I would just tell him to stop. I would always hope it would be the last time but he was so persistent.’

Kirsty’s father Alan Barnett and Irma purchased the three-bedroom property in 1983, but Alan died at the age of 71 in 1996.

Irma then met Hepple through friends and introduced him to Kirsty in 1998, before he moved into the bungalow in 1999.

Kirsty said her mother and Hepple were a normal couple and often went on holidays and out for meals together.

Kirsty said: ‘I don’t know what gives these evil men the gift of a long life.

‘My dad died and never saw his grandchildren grow up but he was such a good man.

‘He worked hard all of his life and didn’t drive so battled on his bike in all weathers to go to work to provide a nice home.

‘He hated paedophiles and now he has got one living in [his home] after everything he worked for and it’s just wrong.’

The mother-of-three’s family and friends have rallied around her and have even set up a Go Fund Me page to help Kirsty raise the money she needs.

Kirsty said: ‘It was amazing when it was set up as I wouldn’t have even thought of it myself.

‘I had lost all hope to be honest and when it was set up, I just started to feel a bit more positive again.

‘I just thought what if there is light at the end of the tunnel and that I could raise the money because they want it as soon as possible.

‘How on earth do you just get your hands on that amount of money?’