A WOMAN has been arrested outside Windsor Castle for running topless through the street after a minute's silence for Prince Philip.

Several police officers were pictured arresting her after the incident which took place during the Duke of Edinburgh’s funeral. 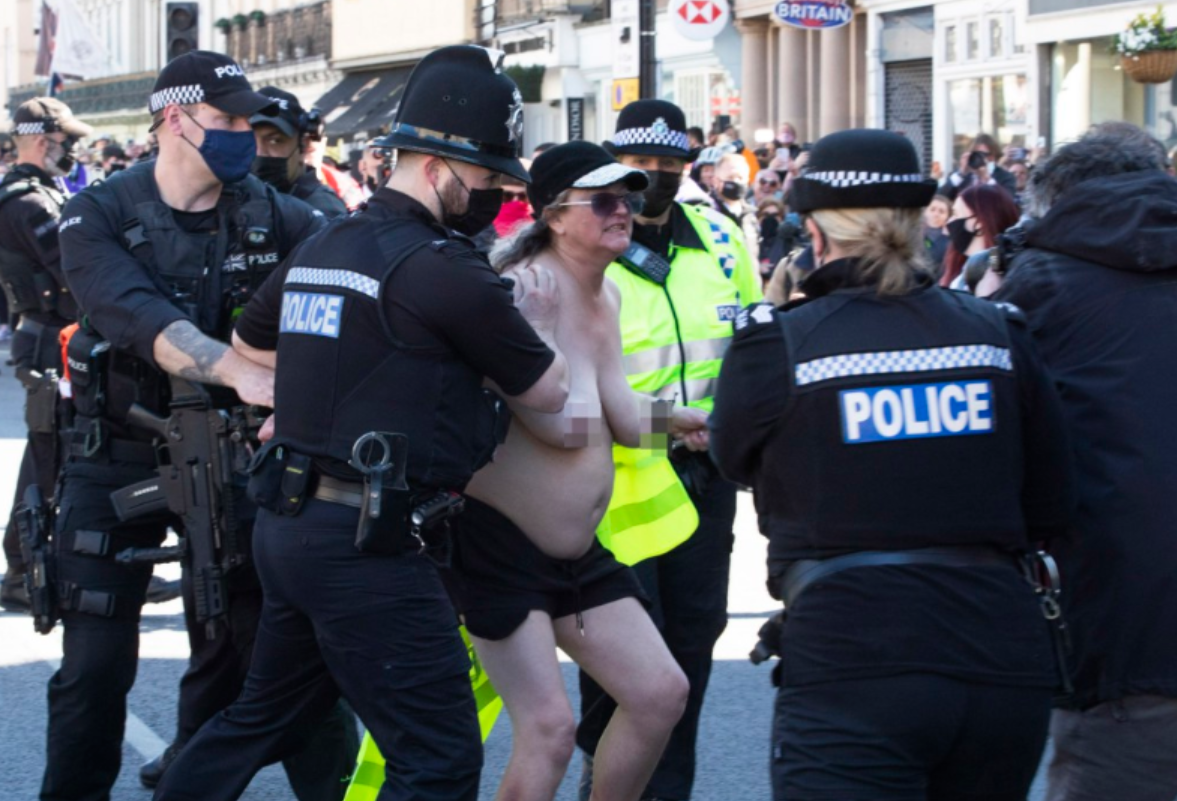 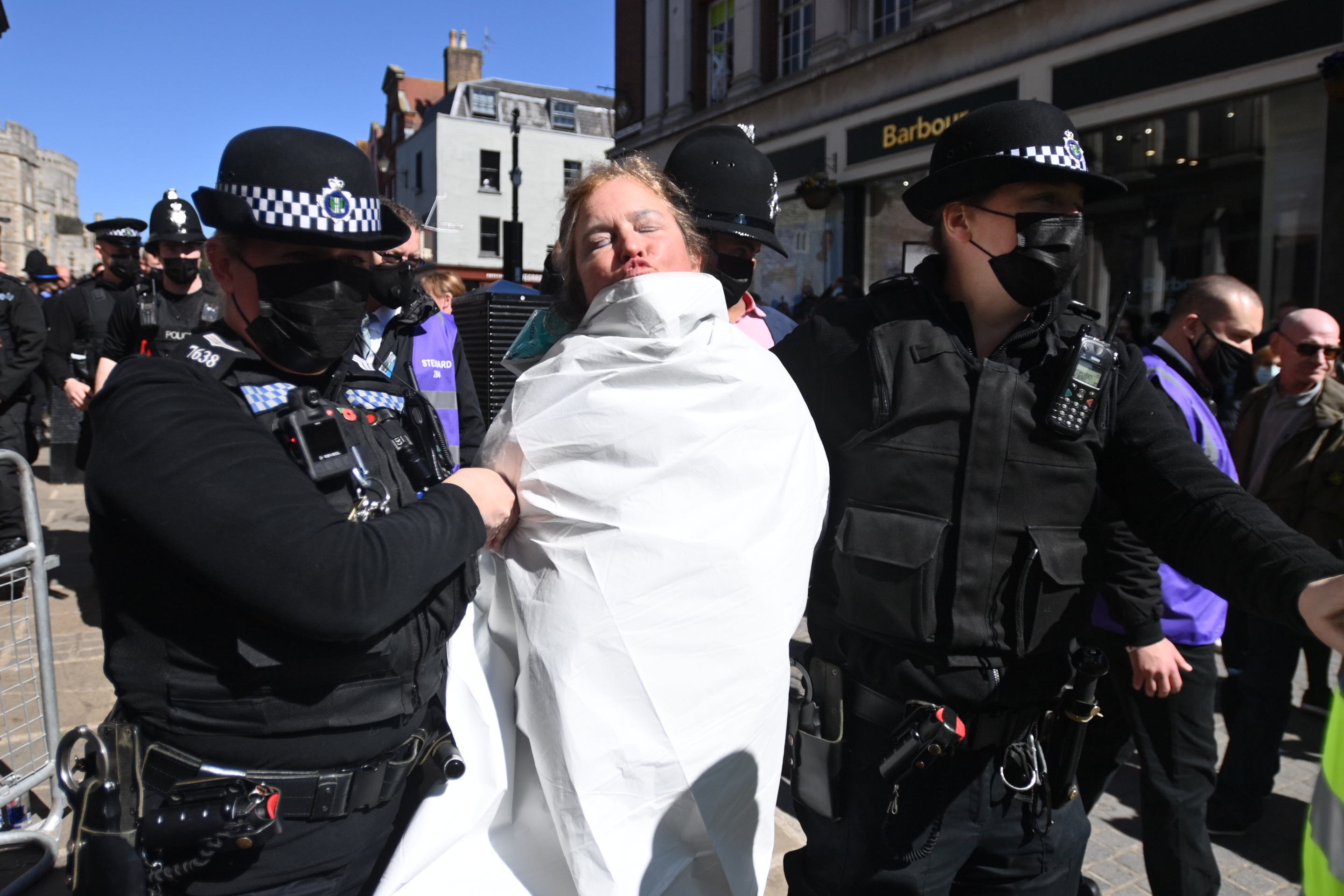 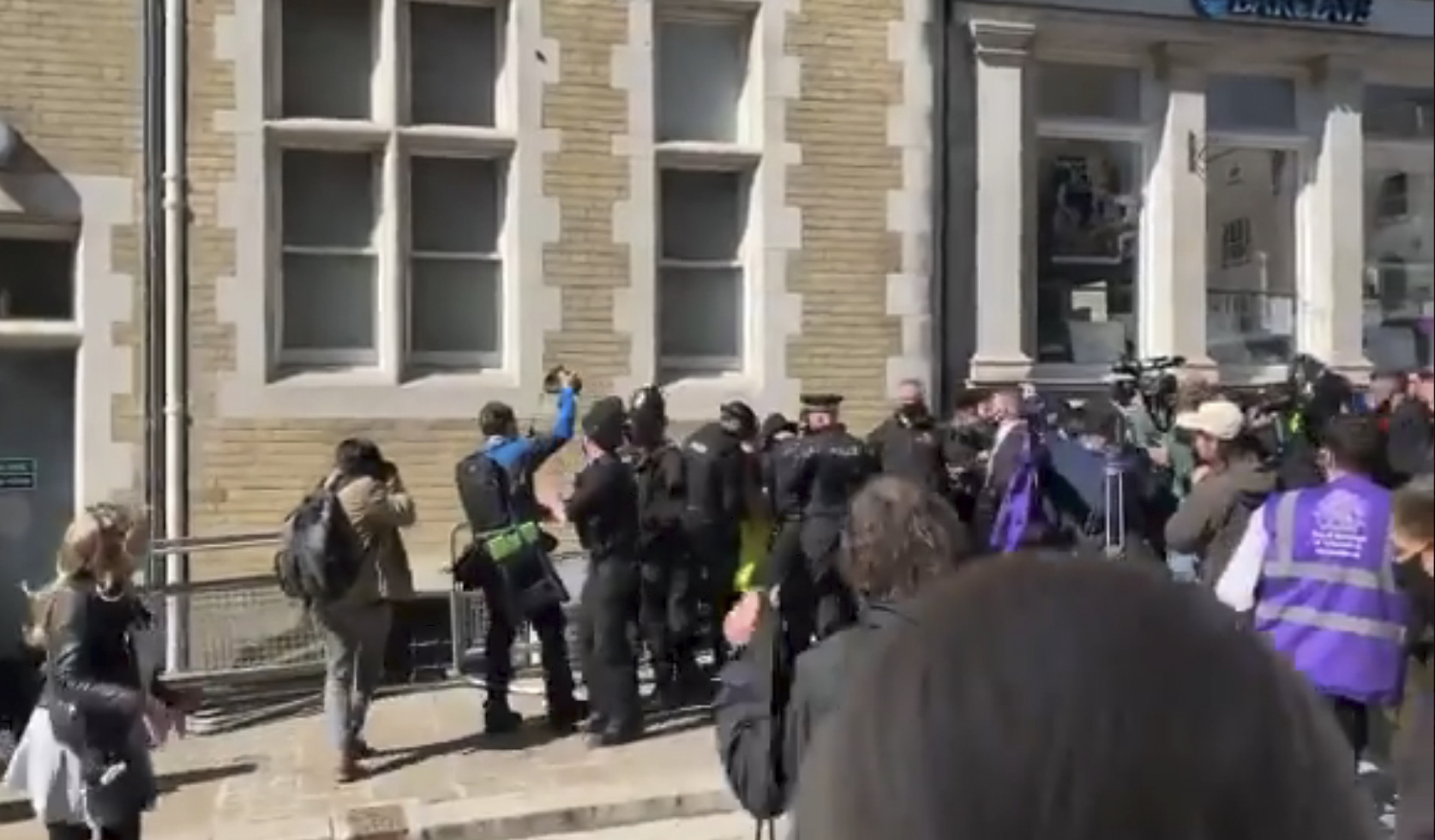 She allegedly ran into the road screaming “save the planet” just after the crowds gathered for the funeral began to clap.

The woman then jumped onto a statue of Queen Victoria before several officers removed her from the scene on Castle Hill.

Mourners had just finished their minute of silence when the woman broke away from the crowd.

Dressed only in shorts, sunglasses and a cap the woman was dragged away from the crows by officers as they asked people to move.

Cops were then seen retrieving the woman's clothes from nearby.

The Sun has contacted Thames Valley Police for a comment.

Hundreds of armed police officers created a ring of steel around Windsor Castle to help keep the event under control.

Mourners lined up outside the castle and paused for the silence, while others on the nearby Long Walk did the same.

People were seen holding Union flags, partners wore matching hats while others clutched flowers and laid the bouquets as a tribute.

The Queen was pictured sitting alone inside of the chapel as bowed her head and wore a face mask.

It was the first time the monarch, grieving for her devoted companion of 73 years, has been officially seen in public since Philip died eight days ago.

Accompanied by her loyal lady-in-waiting Lady Susan Hussey, the Queen made her way from the Sovereign's Entrance in the State Bentley, as the national anthem was played, to join the solemn funeral procession.

Philip's coffin, draped in his striking 12ft personal standard and decorated with a wreath of flowers specially chosen by the monarch, and his Admiral of the Fleet Naval Cap and sword, was carried into St George's Chapel.

It had been lifted into place by Grenadier Guardsmen onto the rear of the dark bronze green Land Rover Defender hearse the duke designed himself.

The Duke's association with the Royal Navy and love of the sea will be a focus of the service – but in line with his wishes there will be no sermon.

Prince Harry returned to the UK for the first time since his bombshell interview with Oprah Winfrey, and came face to face with his brother William for the funeral.

Arrested, at, Cast), Windsor, woman
You may also like: