A WOMAN was brutally caned in public just for being “too close” to her boyfriend in Indonesia.

Images of the horrific incident show the woman, dressed in a white hijab, kneeling on the ground. 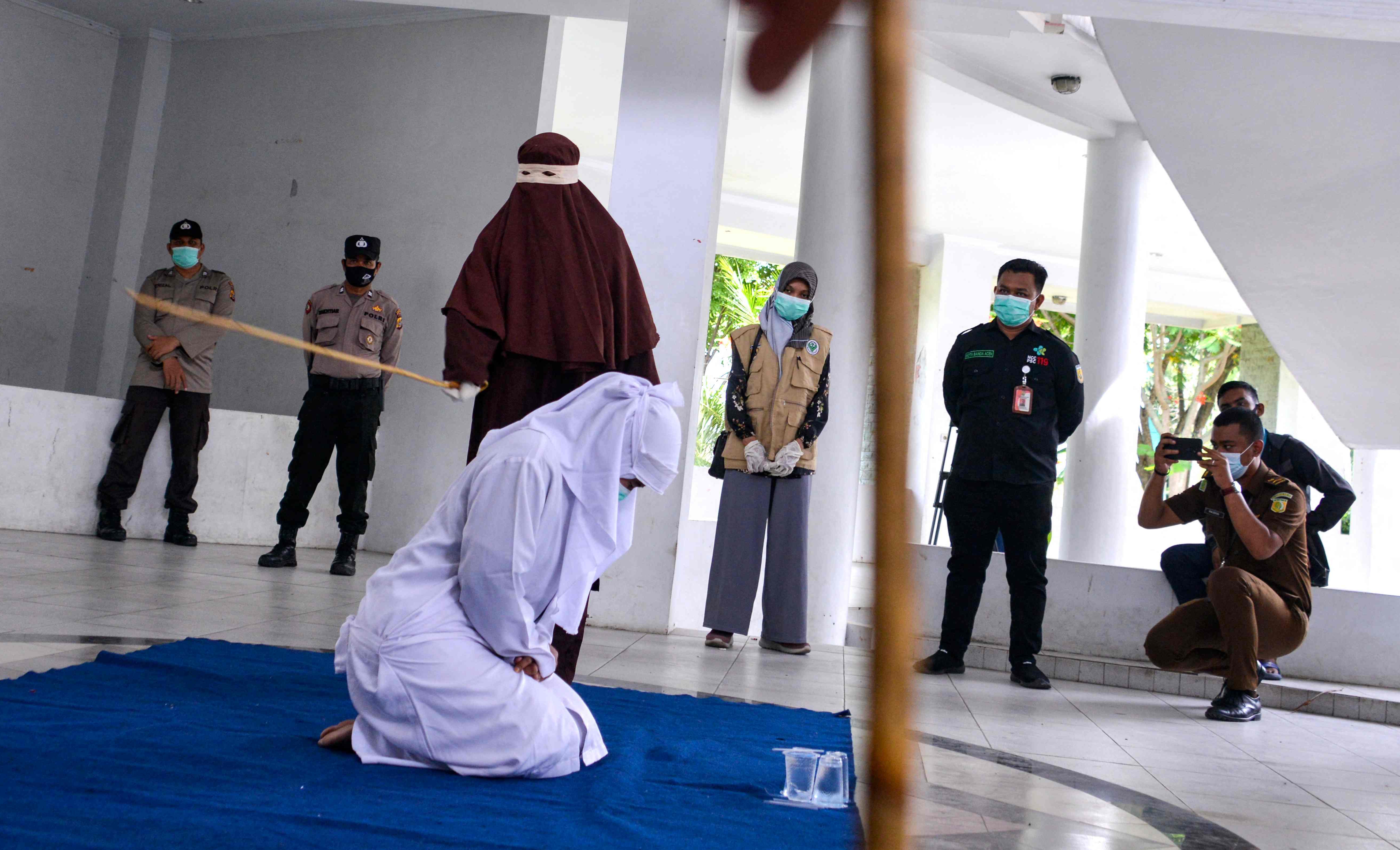 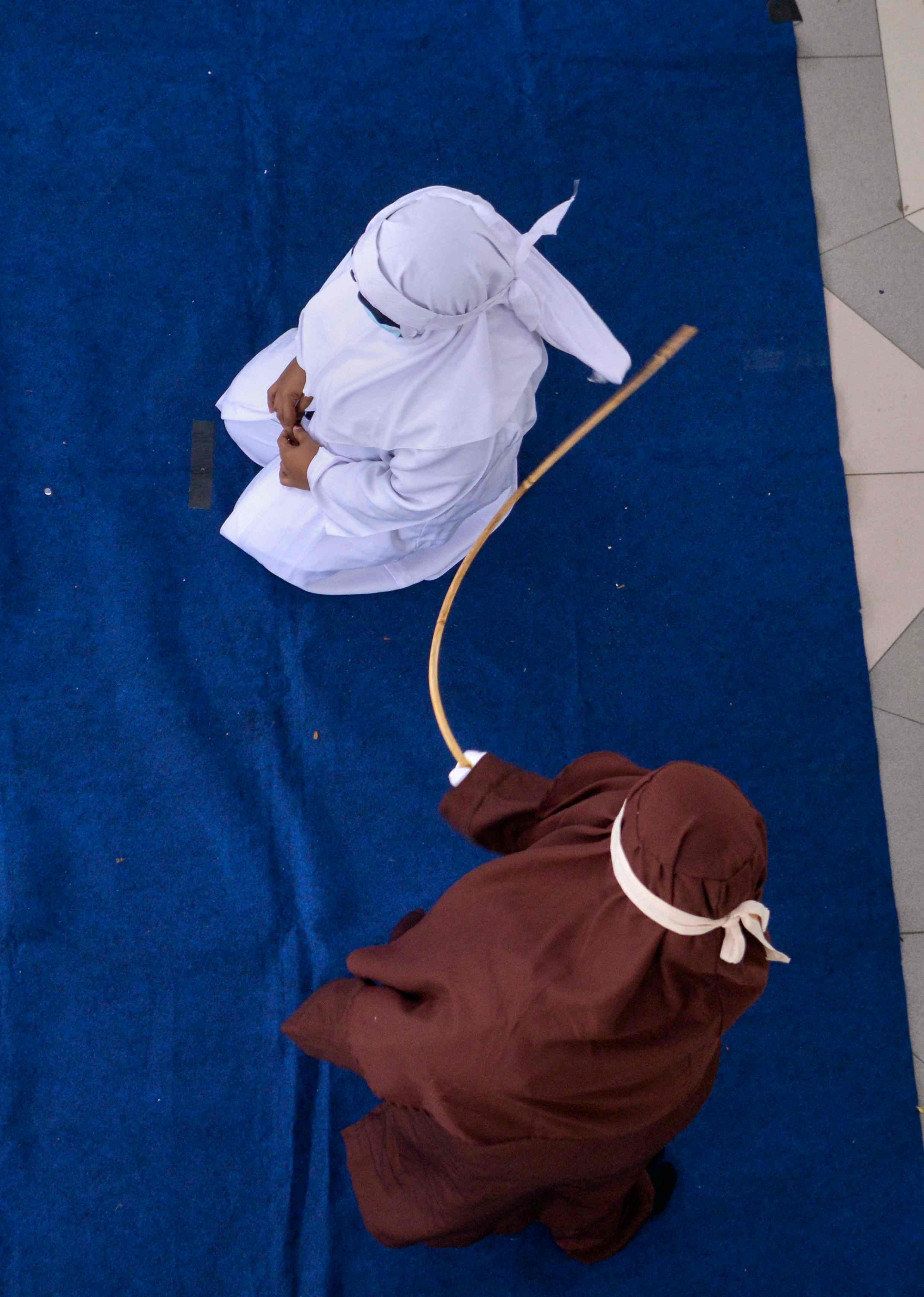 A person in maroon robes and a face covering stands alongside, and raises a cane, that appears to be made out of bamboo, in preparation to hit her.

The woman was reportedly being caned by a member of the Sharia police as punishment, under Aceh province’s Sharia laws, for being caught in close proximity with her boyfriend.

The woman's boyfriend was also publicly caned by a member of the Sharia police as punishment for their "crime".

The incident took place in Banda Aceh, the capital and largest city in the province of Aceh on Thursday.

Aceh, a deeply conservative province which the majority of residents are Muslim, is the country’s only region with the autonomy to enforce sharia law.

Floggings are carried out by authorities for a range of offences, including drinking booze, adultery, and engaging in premarital or homosexual sex.

In 2018, the authorities in the province announced unmarried couples will be banned from sitting at the same table in restaurants, cafes or coffee shops under a religious crackdown.

The brutal punishment is widely seen as a warped interpretation of sharia law – an Islamic criminal code that seeks to prohibit “morality” offenses.

In 2018, Aceh officials vowed to end public floggings and carry them out behind prison walls.

In spite of the promises, the number of public floggings and canings has reportedly risen.

The most vicious punishment is 100 lashes, which is administered for the most severe crimes along with prison time.

Human rights groups have condemned the brutal punishments as inhumane, but they have wide support in Aceh.

The group said: "Punishable offences include consensual intimacy or sexual activity for unmarried couples, consensual sex outside marriage, same-sex sexual relations, the consumption and sale of alcohol, and gambling.

"Under international human rights law all forms of corporal punishment are prohibited – they violate the absolute prohibition of torture and other cruel, inhuman or degrading punishment and often torture." 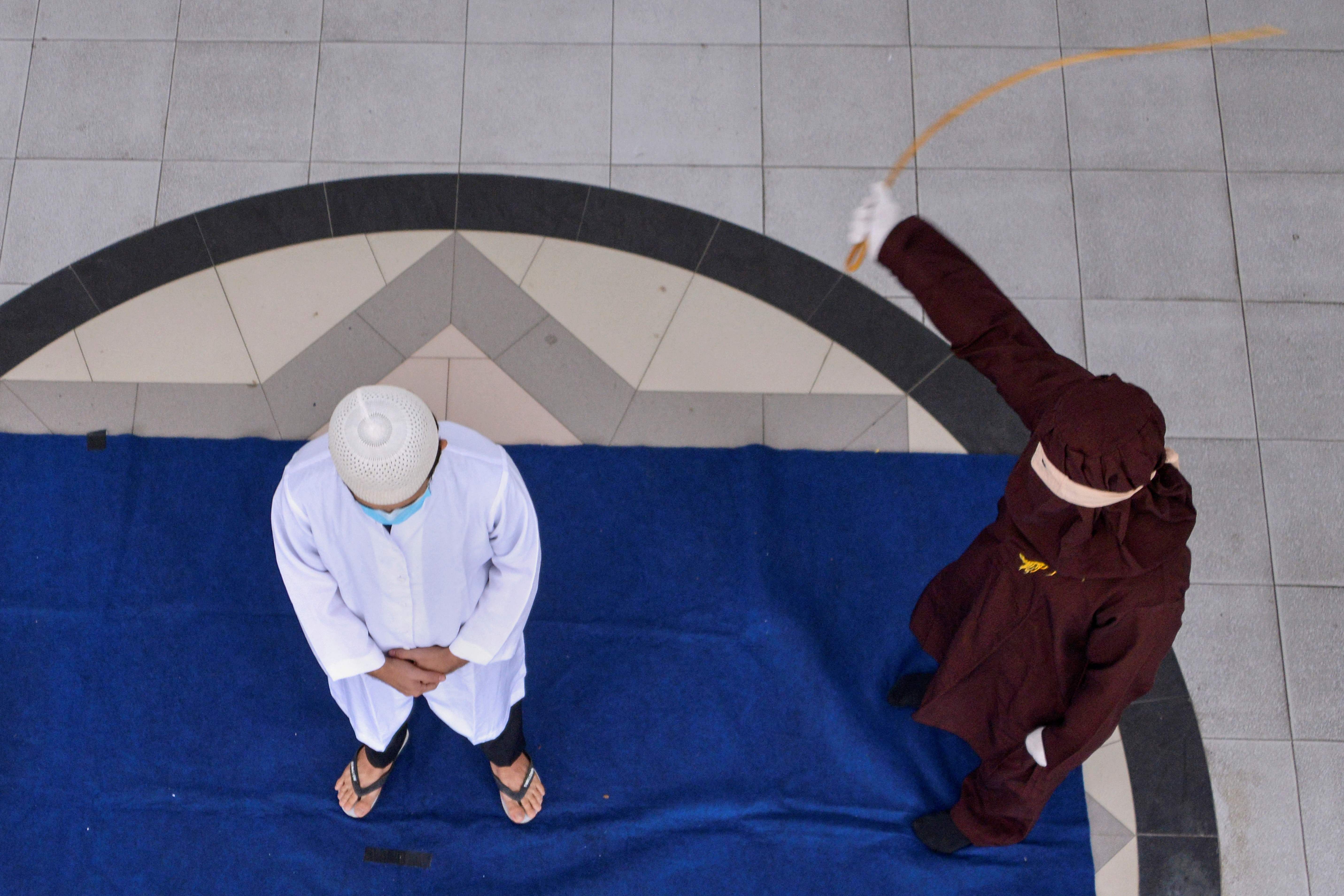 brutally, caned, in, is, pub, woman
You may also like: