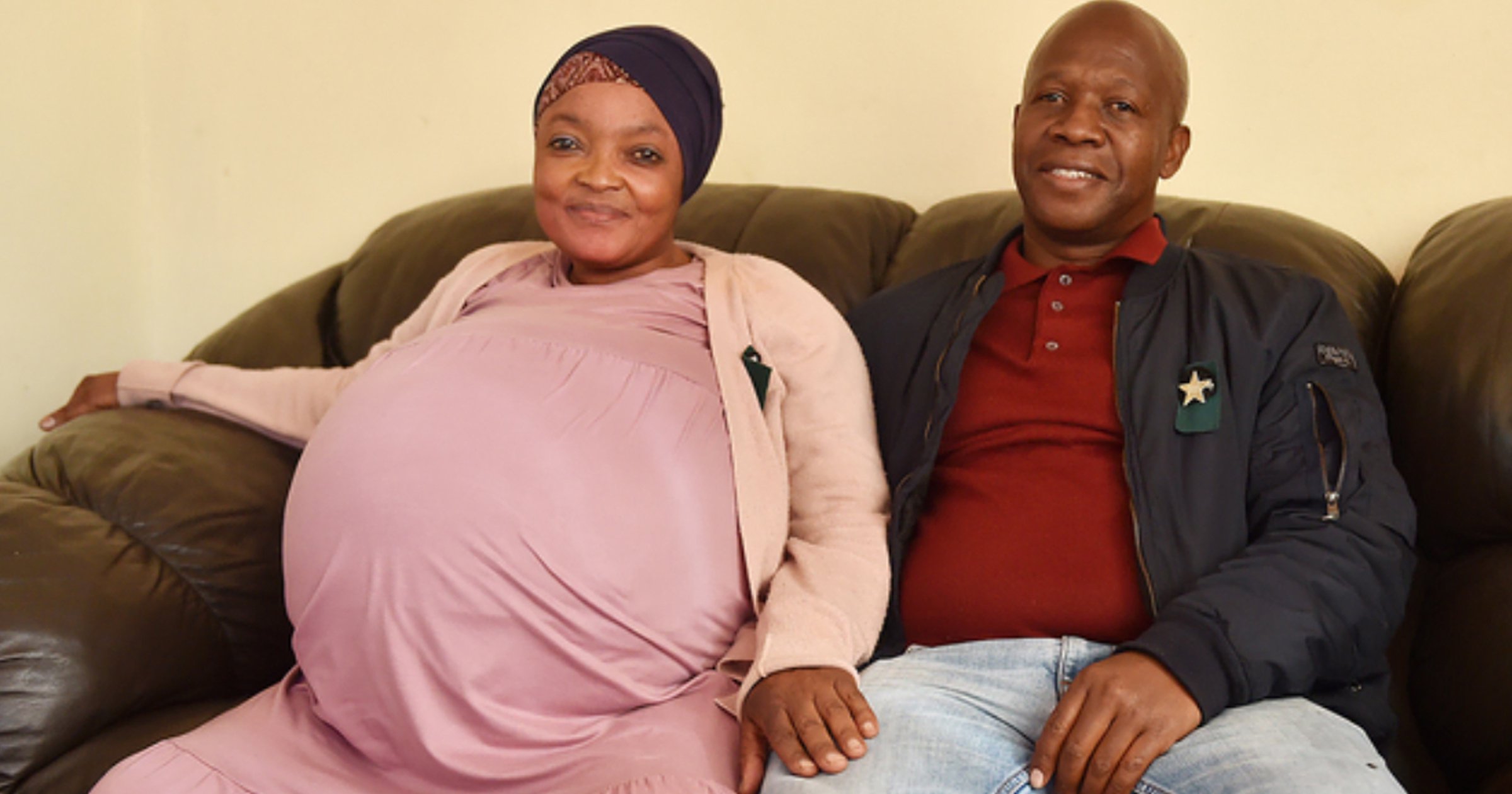 A woman in South Africa claims to have given birth to 10 babies in the same pregnancy, which would be a new world record if confirmed.

In the end, her husband said 10 were delivered by caesarian section at 29 weeks at a hospital in the city of Pretoria on Monday.

Tebogo Tsotetsi – who is currently unemployed – told journalists his wife was ‘happy’ and ’emotional’ after giving birth to the decuplets.

But authorities in the country have not confirmed the record-breaking birth and say they have no record of it.

It comes after Halima Cisse of Mali gave birth to nine babies at a hospital in Morocco last month.

Tebogo told the Pretoria News on Monday night: ‘It’s seven boys and three girls. She was seven months and seven days pregnant. I am happy. I am emotional. I can’t talk much.’

In a tweet, Mzwandile Masina, Mayor of Ekurhuleni, where the couple are from, urged the family to get in touch as authorities would like to assist them.

He said they had tried to track them down after reading about the case in the press but had so far been unable to do so.

She said the decuplets were conceived naturally, which is rare in cases of large numbers of children and had also been concerned they would not survive the high-risk pregnancy.

But reports say the babies were all born alive and will spend the next few months in incubators before being taken home, where the couple already have twins.

She had octuplets including six boys and two girls at a hospital in California in January 2009.

The huge pregnancy was a result of IVF treatment and they were delivered by c-section nine weeks early.

All survived the birth, and recently celebrated their 12th birthdays.