A WOMAN allegedly got behind the wheel of a USPS truck and went for a one mile joy ride as she crashed into 14 cars in Brooklyn.

Cops said the woman climbed into the truck on Fulton Street and Patchen Avenue in Bed-Stuy at around 6pm on Friday. 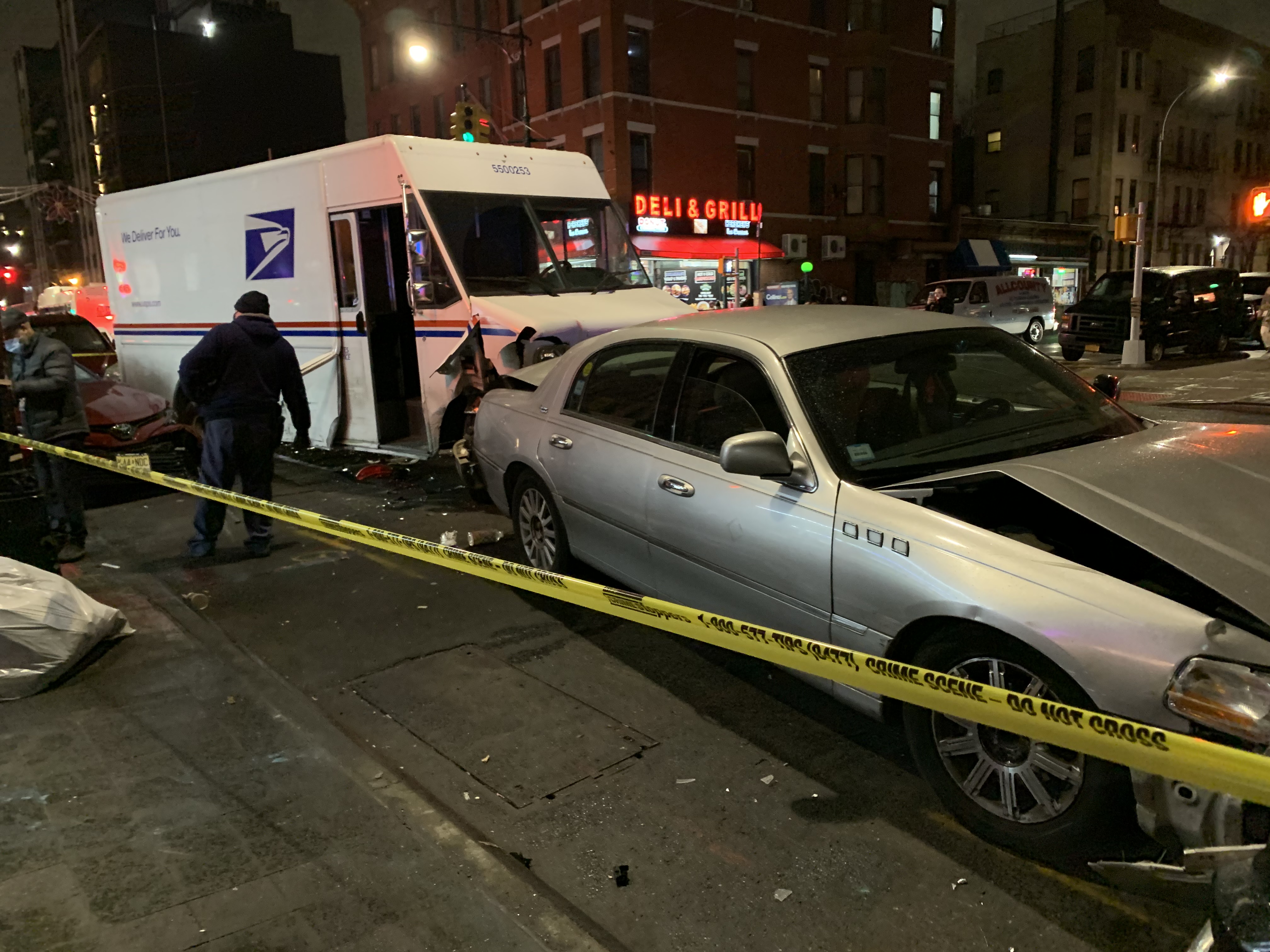 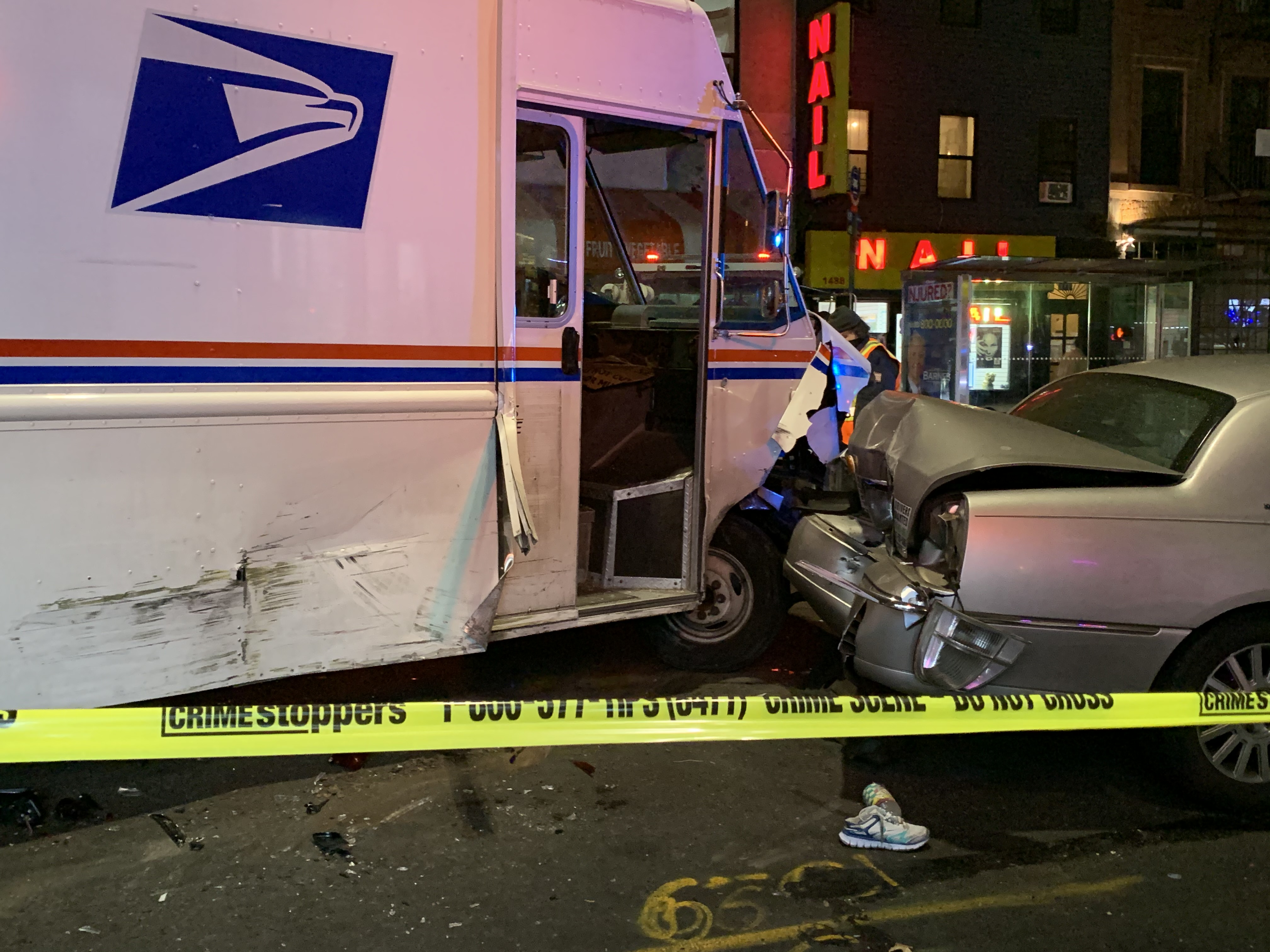 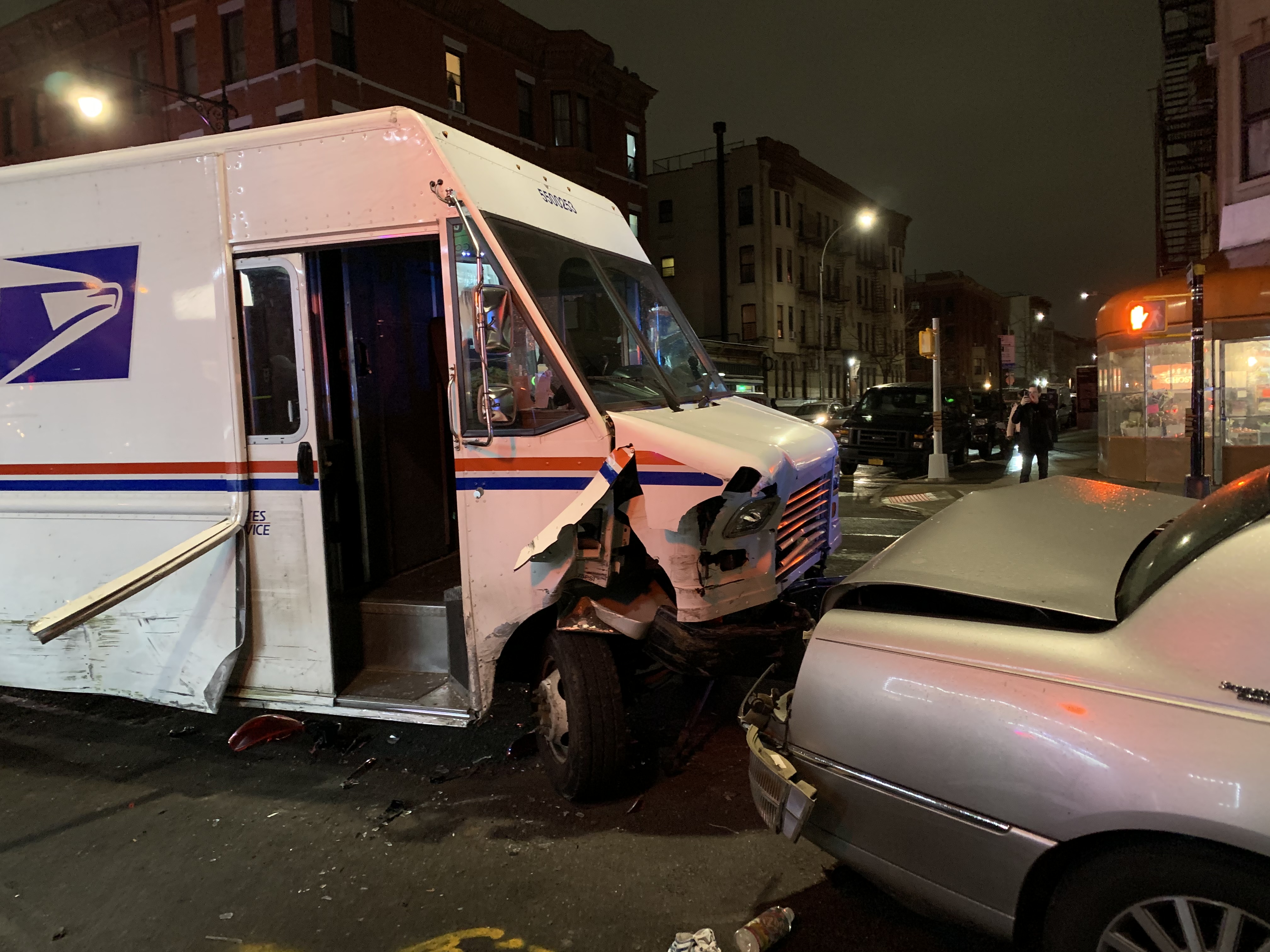 The joyrider then drove the vehicle for seven blocks as she slammed into more than a dozen cars along the way before finally coming to a stop at Kingston Avenue.

Cops told the New York Daily News she managed to travel about a mile before the final crash.

Sources said the suspect tried to flee, but NYPD officers managed to pull her from the truck.

The 21-year-old suspect was arrested after leaving the trial of destruction.

CCTV video played on NBC New York shows the moment the USPS truck speeds down the road and slams into the back of a silver car.

The clip shows a pedestrian looking into the road at something off camera before the van speeds into view.

It shoves the silver car out of the way and into another parked car, before an NYPD cruiser speeds up alongside.

Two officers jump of the car and draw their guns as another cop car parks to block in the truck.

The truck attempts to escape, but the joyrider finds is stuck and the cops manage to move in. 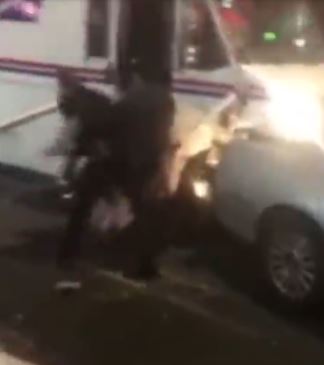 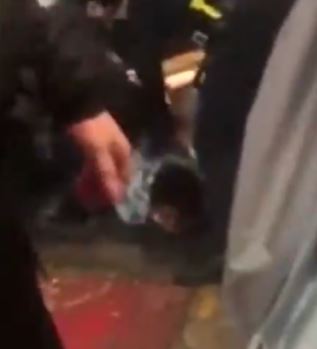 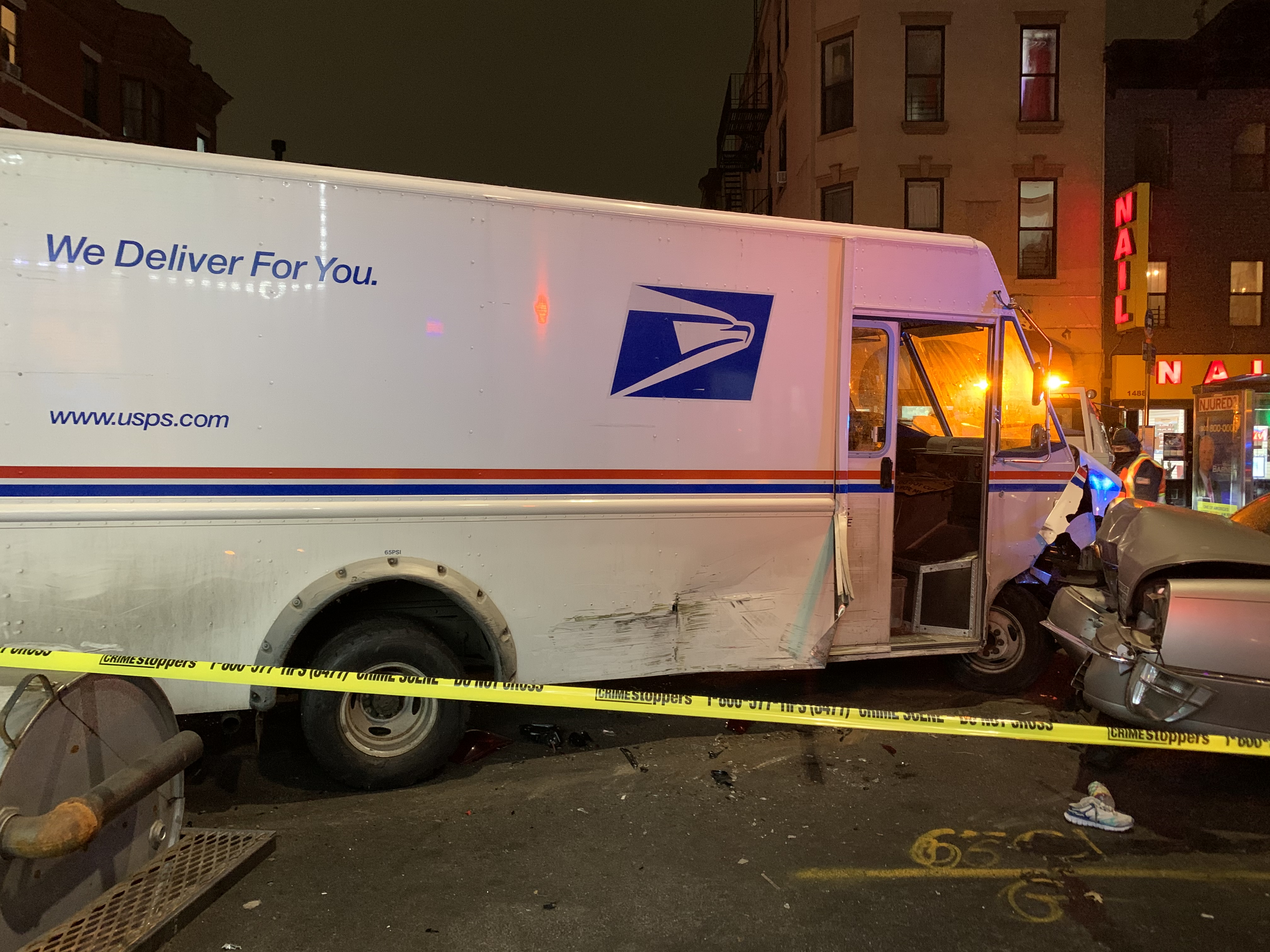 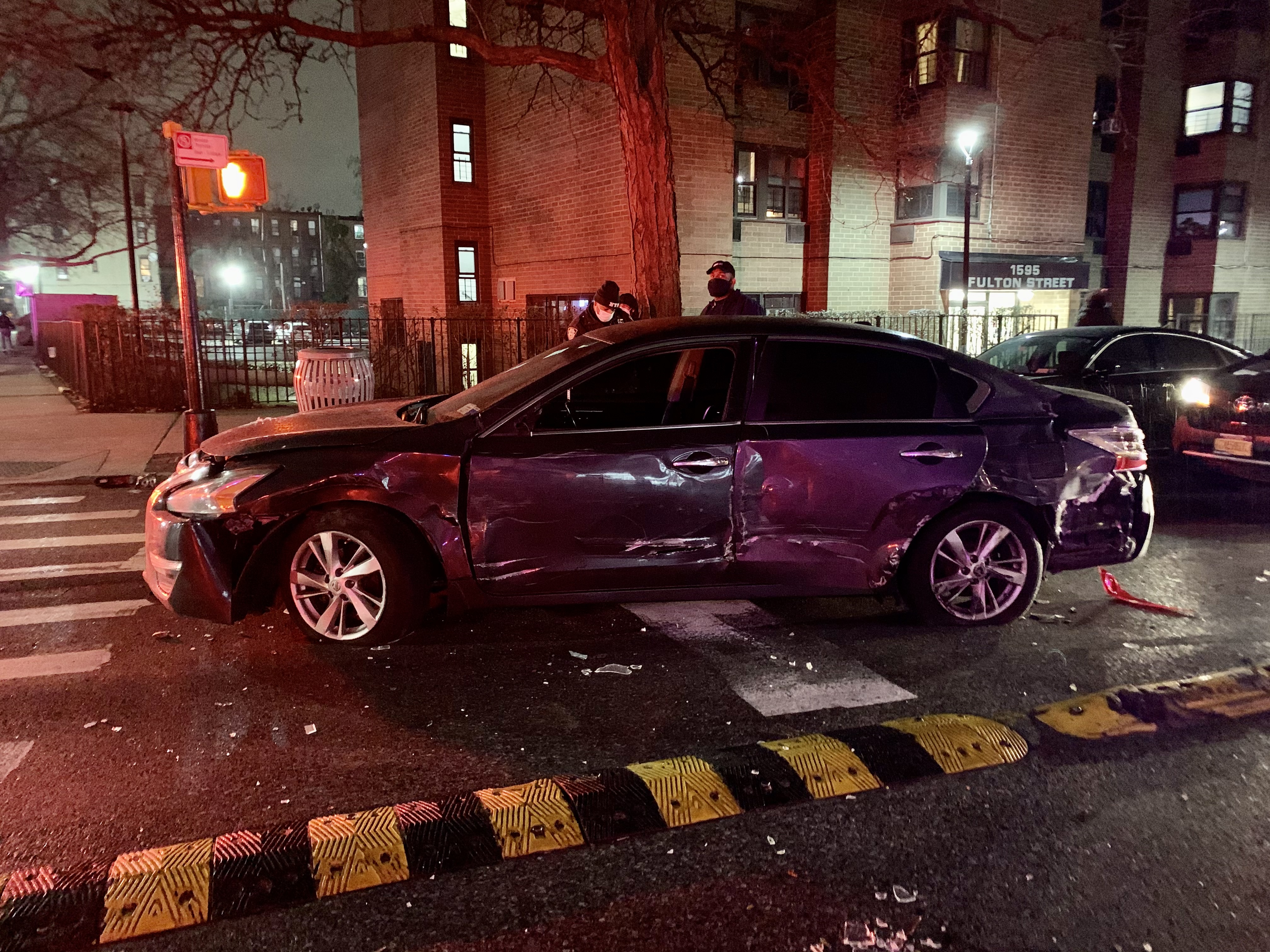 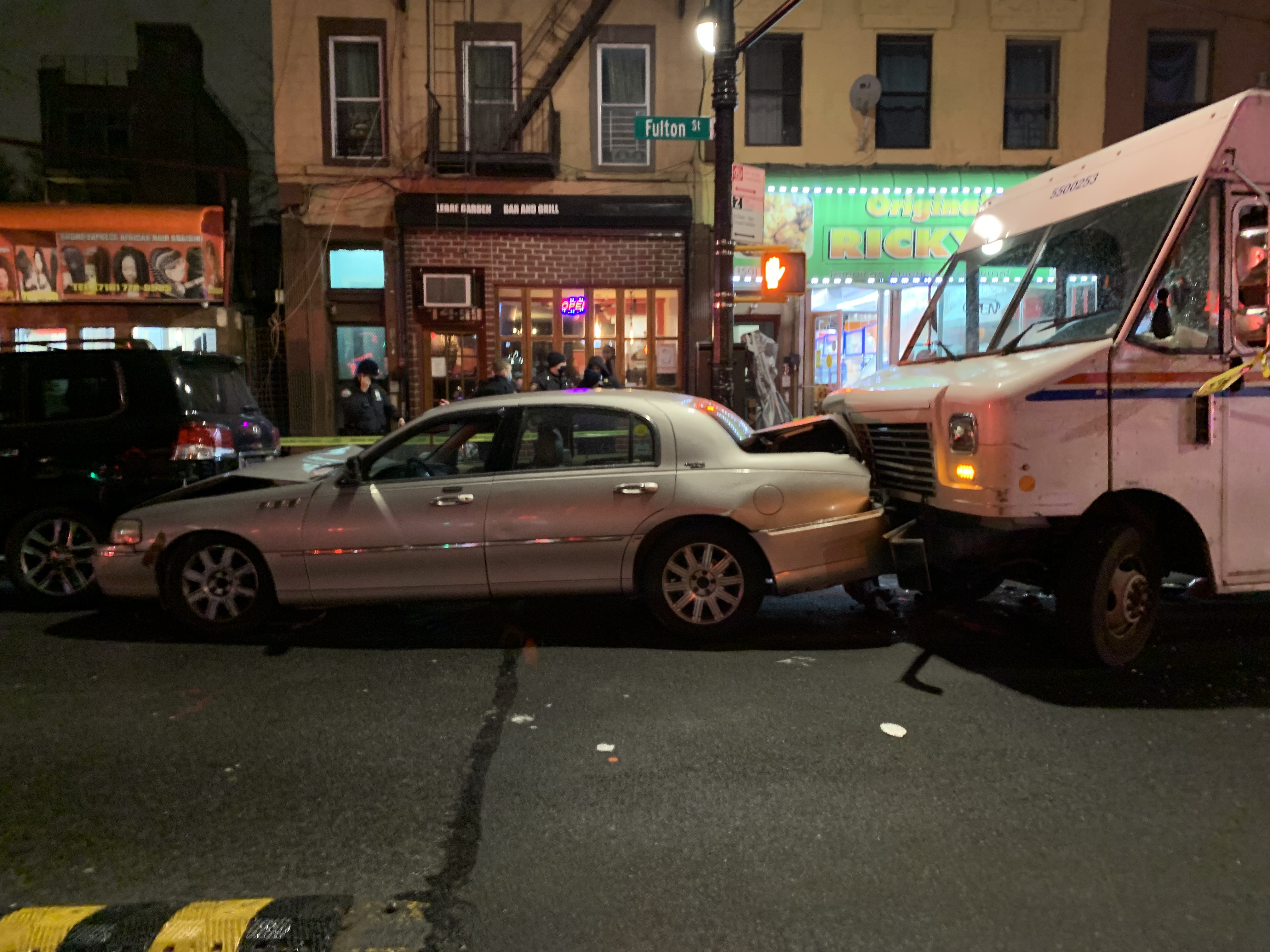 Other video show the postal truck just as it crashed into the silver car as a car alarm sounds amidst the chaos.

One of the officers then drags the woman out and manages to restrain her on the ground before she is then cuffed by other cops.

Newton Pottinger, who saw the scenes unfold, told CBS Local: "Officers had their guns out and then they came. 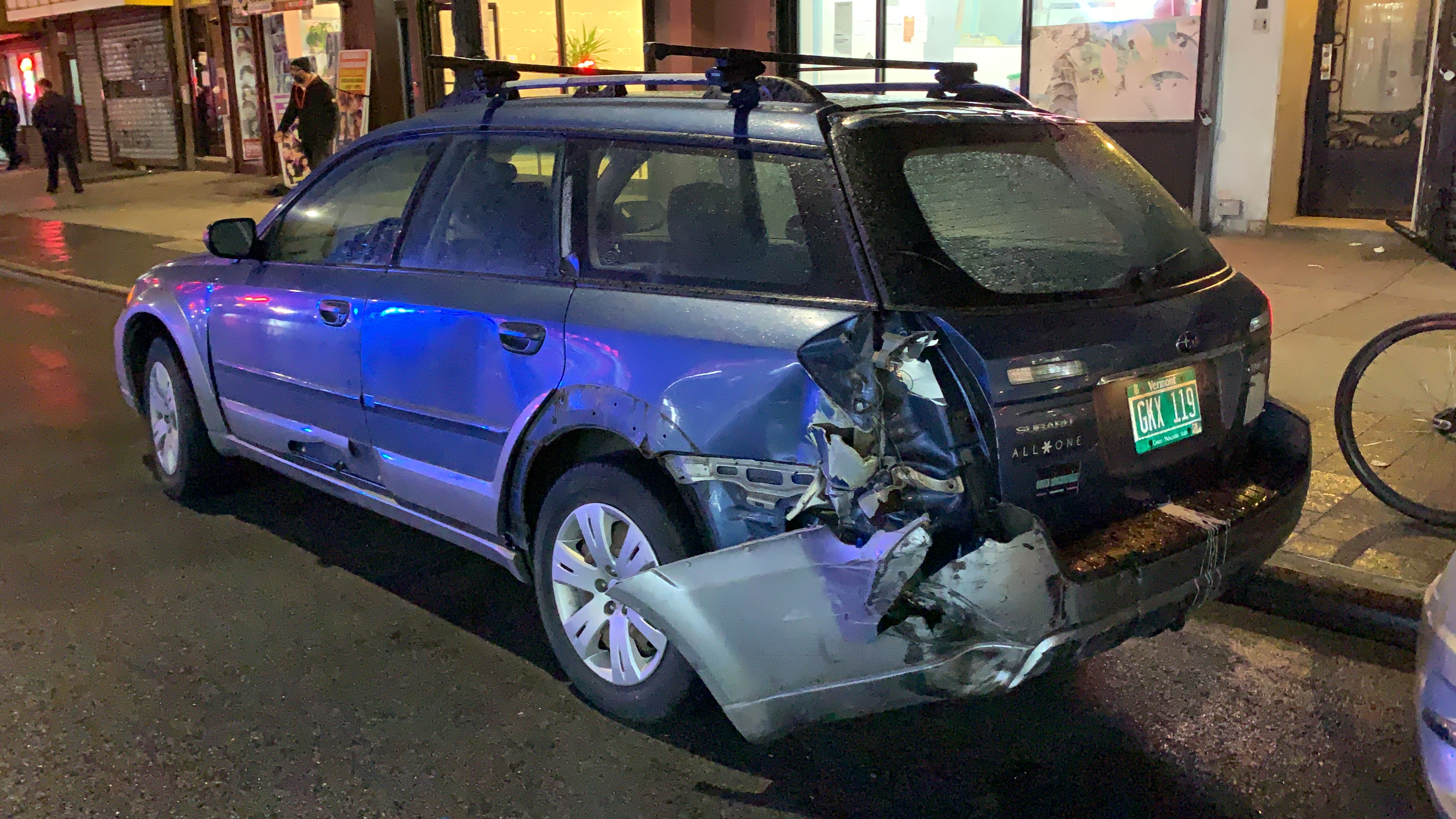 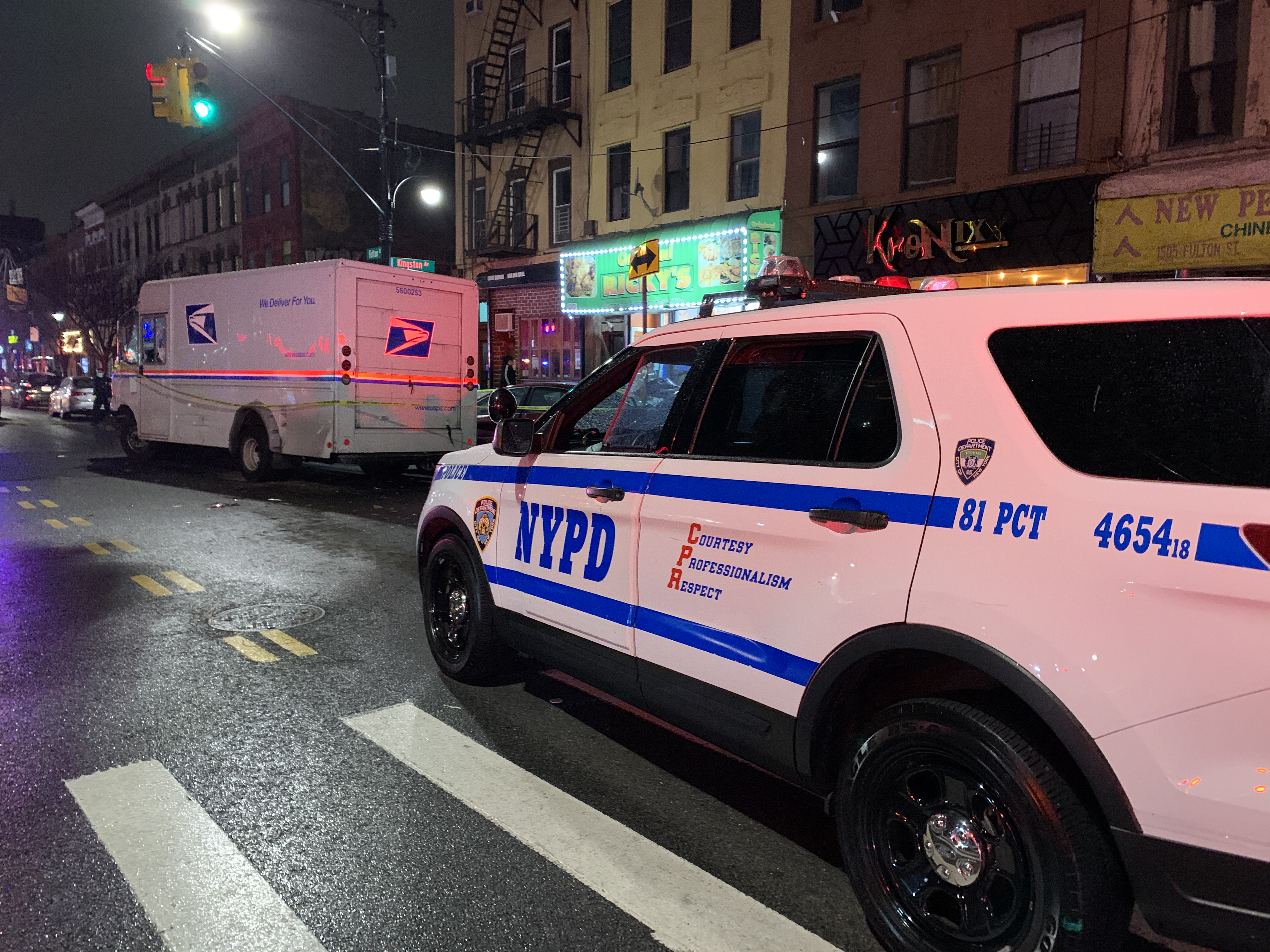 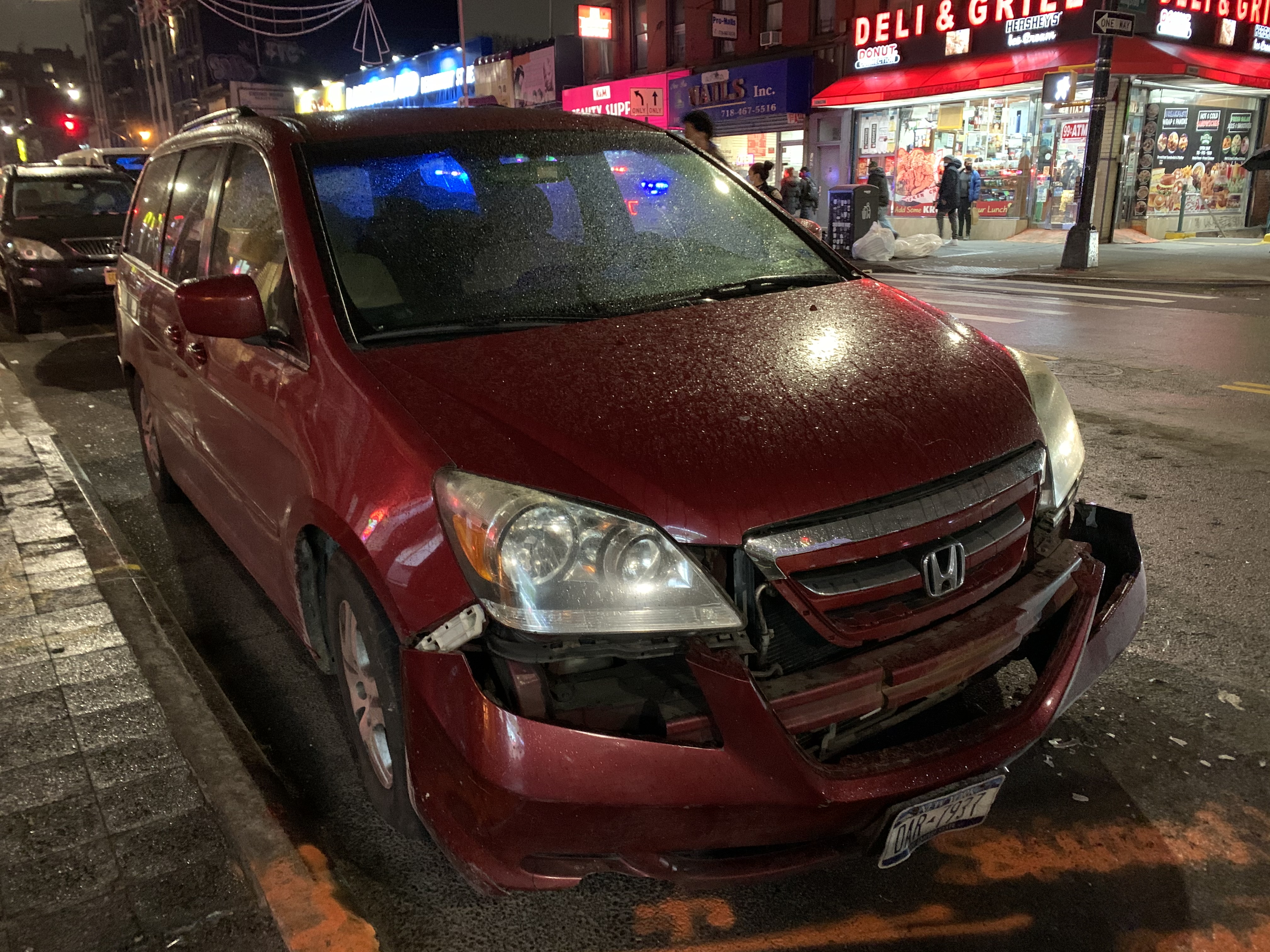 Duncin Odell was in his car when he was smashed into by the rampaging USPS truck.

"When I got hit, I looked in my rear view and that’s a mail truck behind me," he said.

"I’m like, do I have to chase them? And then I see the cops and I’m like, oh, they’re chasing them."

Police said luckily no one was injured in the rampage and the mail inside the truck was secured.

Cops added charges against the woman are pending, and her identity has not yet been released.

steals, t, unattended, USPS, woman
You may also like: