Woman suffers beach photoshoot fail when a wave sweeps her away

This is the embarrassing moment a woman’s seaside photoshoot was interrupted by a massive wave.

The video, filmed in Pangasinan province, the Philippines, shows a woman posing for a photo, reclining on mossy rocks by the sea edge on December 12.

Donning sunglasses, a black strappy top and shorts, the woman perches elegantly, waiting for her photo to be taken. 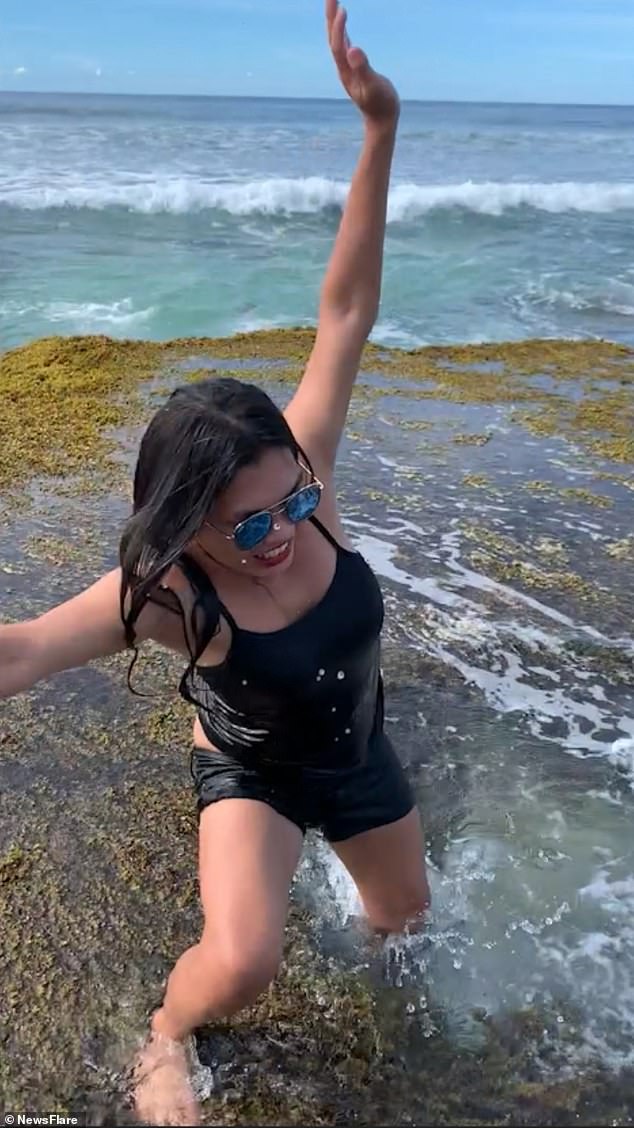 The woman, who was posing for a photo by the sea in Pangasinan province, the Philippines, was swept forwards by a wave and then fell into a rock pool 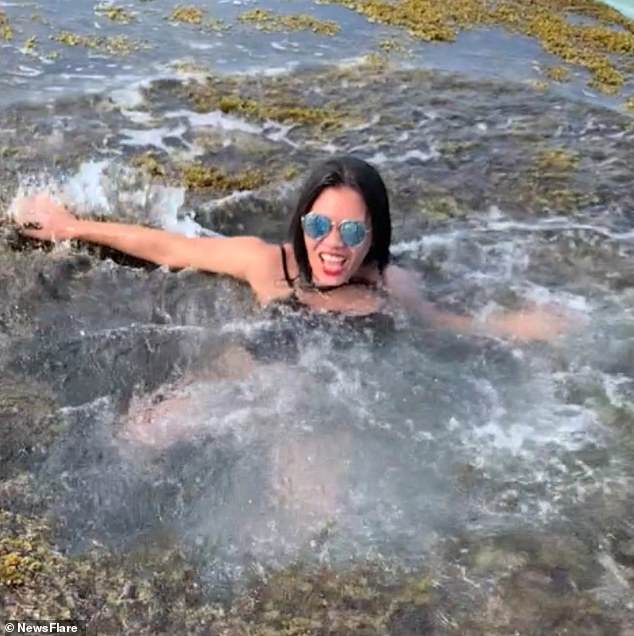 Totally immersed in water, the woman goes from sophisticated to soaked in the space of a few seconds

Unbeknownst to the woman, the sea swells behind her, threatening to engulf her.

Her friends shout out, but it is too late and she is overcome by the ocean, which washes her a few feet forwards.

Soaked and humiliated, she gets to her feet and retreats from the sea edge – only to fall into a water-filled hole in the rock, finishing off the work the wave began. 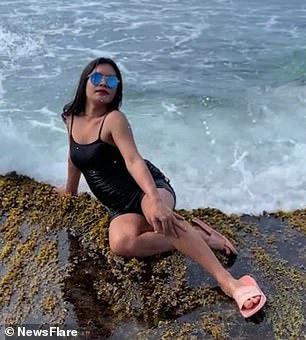 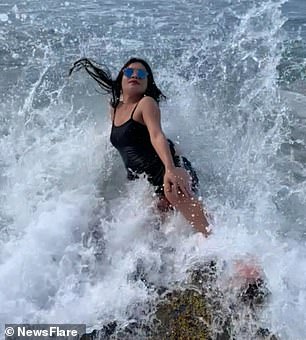 Striking an elegant pose in sunglasses, a strapped top and shorts, the woman is oblivious to the wave that is swelling ominously behind her 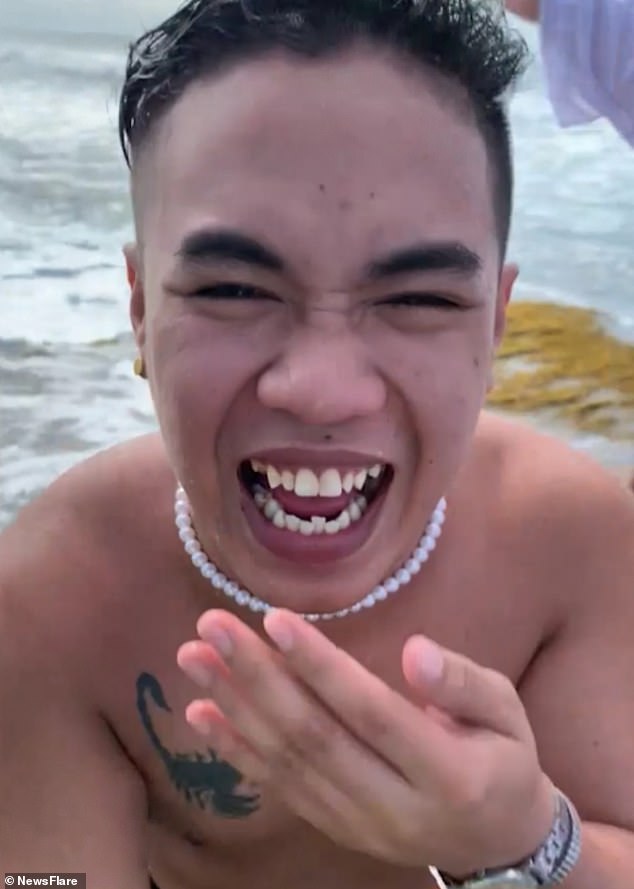 Her friend, who moments earlier had been taking a glamorous photo of her, now laugh hysterically at her string of bad luck

The woman’s three male friends burst into hysterical laughter at her misfortune, with the man holding the camera turning it to focus on himself as he revels in her bad luck.

One of the men, Matteo Bucayu, said: ‘She had to lie down for a bit because her body ached, but she’s fine now.’