A GRANDMOTHER who disappeared in woods in Indonesia was ate whole by a giant python.

The woman, named locally as Jahrah, 54, disappeared after going out to collect rubber in the forest near her family home in Jambi, Indonesia, last Friday night. 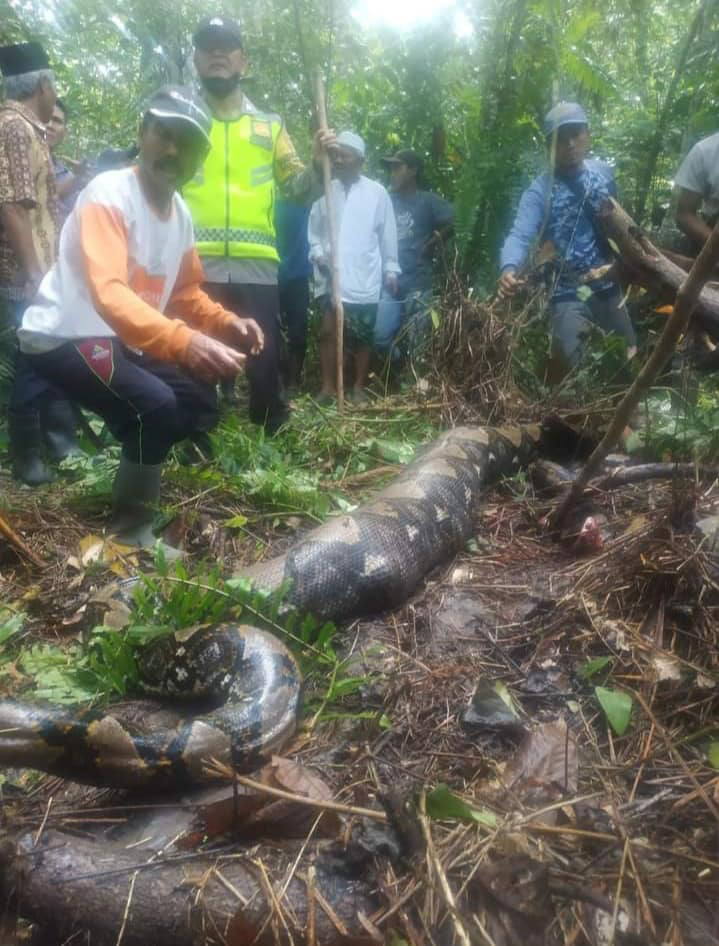 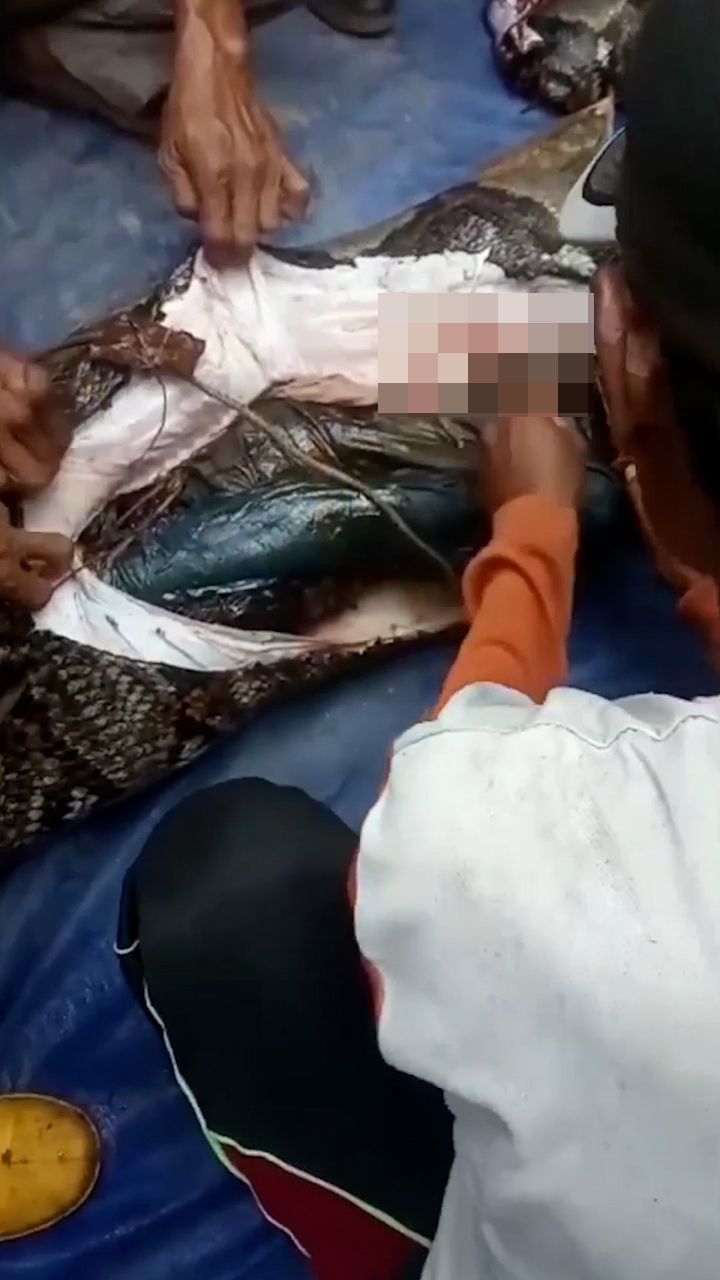 She was reported missing by concerned relatives after she failed to return from her jungle quest.

Cops and residents then tragically stumbled across the granny – who was trapped inside the swollen stomach of a 22ft long python.

They spotted the mammoth snake with a large bulge in its belly in a clearing among trees while hunting for Jahrah on October 23. 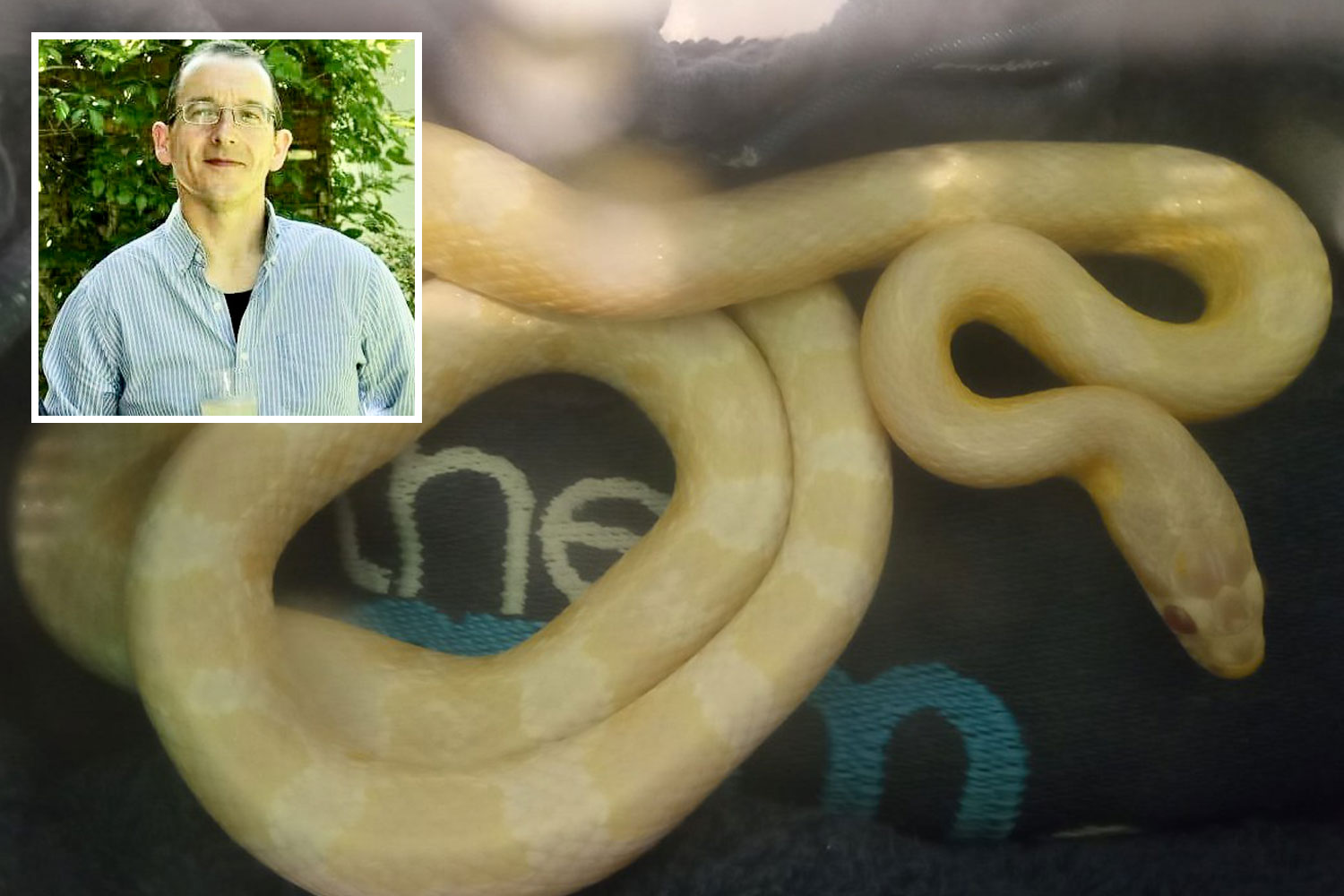 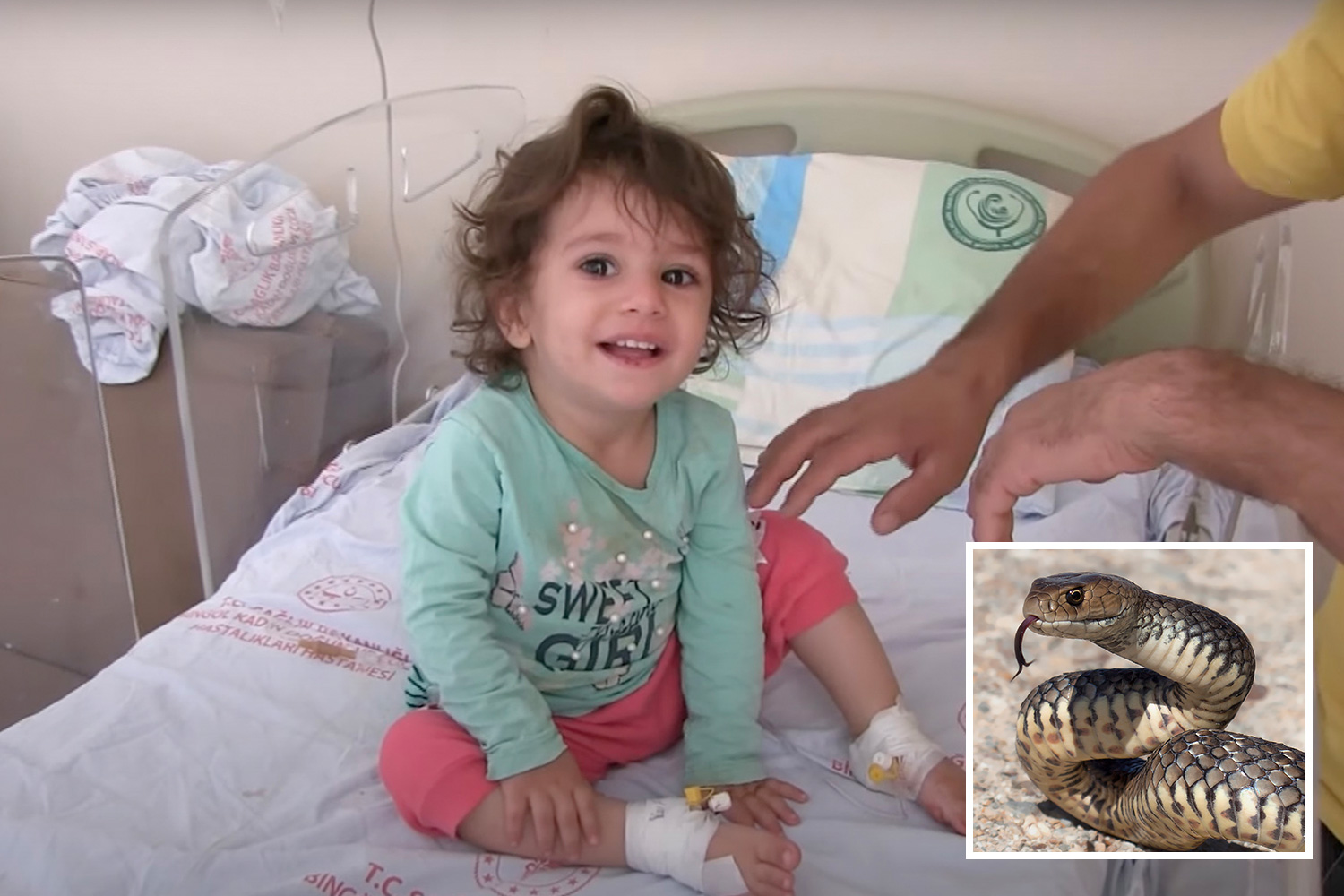 Locals sliced open the beast's stomach before confirming their fears – that the 54-year-old had been swallowed whole by the python.

They then found the petite gran curled up inside the bloated snake – before covering up both of the corpses with a blue tarpaulin sheet.

Jarah's body appeared to be largely intact – as were the clothes she was wearing – despite her being devoured by the slippery creature.

The head of the Terjun Gajah village where Jahrah lived, Anto, said the python is believed to have bit the gran with its fearsome fangs.

It would then have intensely wrapped itself around her to suffocate her – squeezing its prey before she became unable to breathe.

Jahrah is said to have then been swallowed whole in an agonising ordeal that would have lasted for at least two hours.

Anto added: "The victim did not come home after saying goodbye to her family to go to the garden collecting rubber from trees on Friday.

"Her family then reported her missing to the local authorities, and a search has been carried out since then.

"Residents killed the snake and dissected its stomach contents.

"Everyone was astonished. It turned out that the woman we were looking for was in the snake's stomach."

It could have taken the python weeks to fully digest Jahrah's remains.

The official explained the incident had sparked panic in his village amid a series of python sightings in recent weeks.

Residents had earlier tried to catch a 27ft snake – but failed as they were overwhelmed by its enormous size.

Anto said: "Villagers are now worried that bigger snakes are still in the forest.

"The presence of this giant snake has also swallowed two resident goats."

Indonesia has a large population of giant reticulated pythons, similar to the one that gorged on the 54-year-old gran.

They live in remote forests, feed on wild animals – as well as humans occasionally – and are regarded as one of the world's longest and heaviest reptiles.

In March 2017, Akbar Salubiro was cut from the stomach of a python after being eaten alive on the island of West Sulawesi. 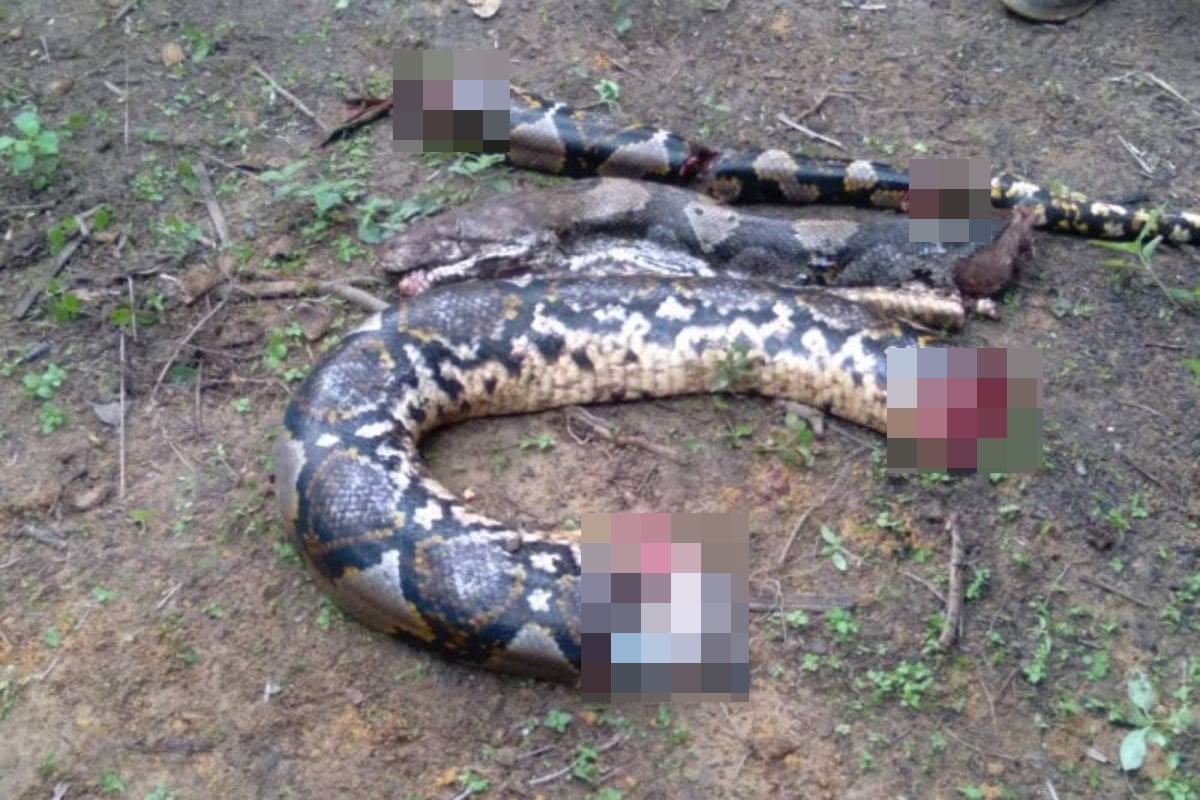 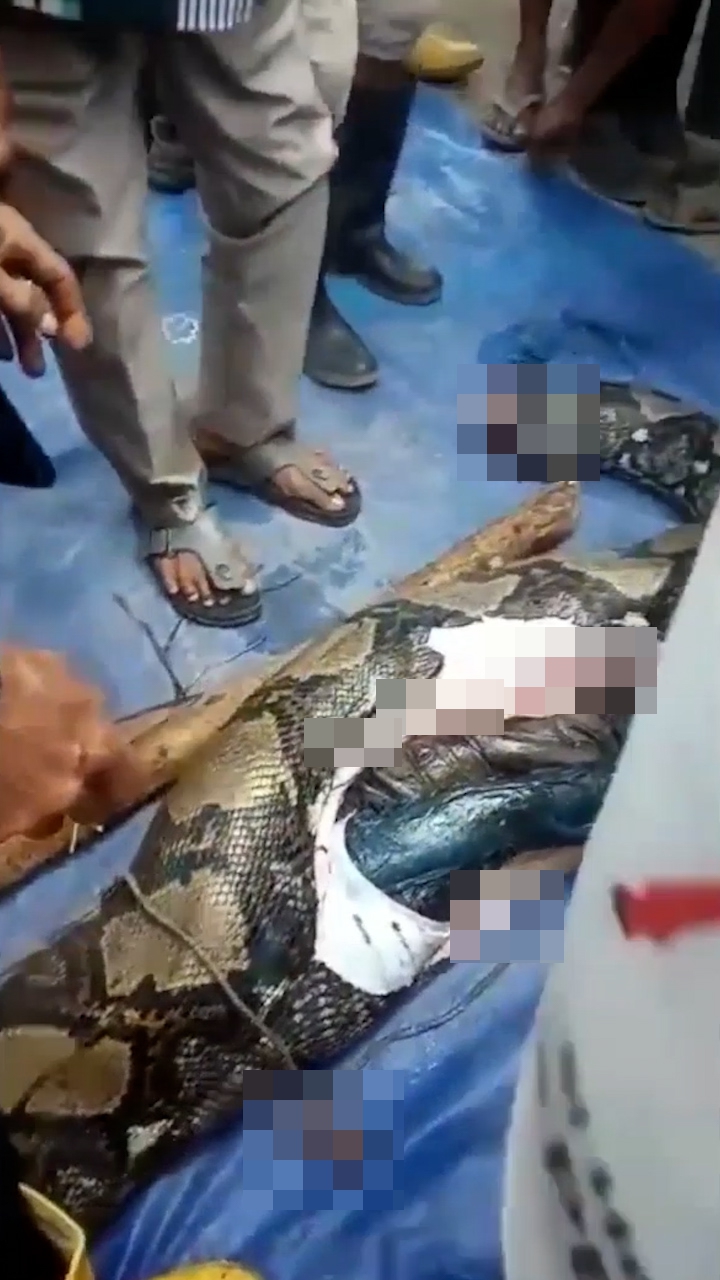 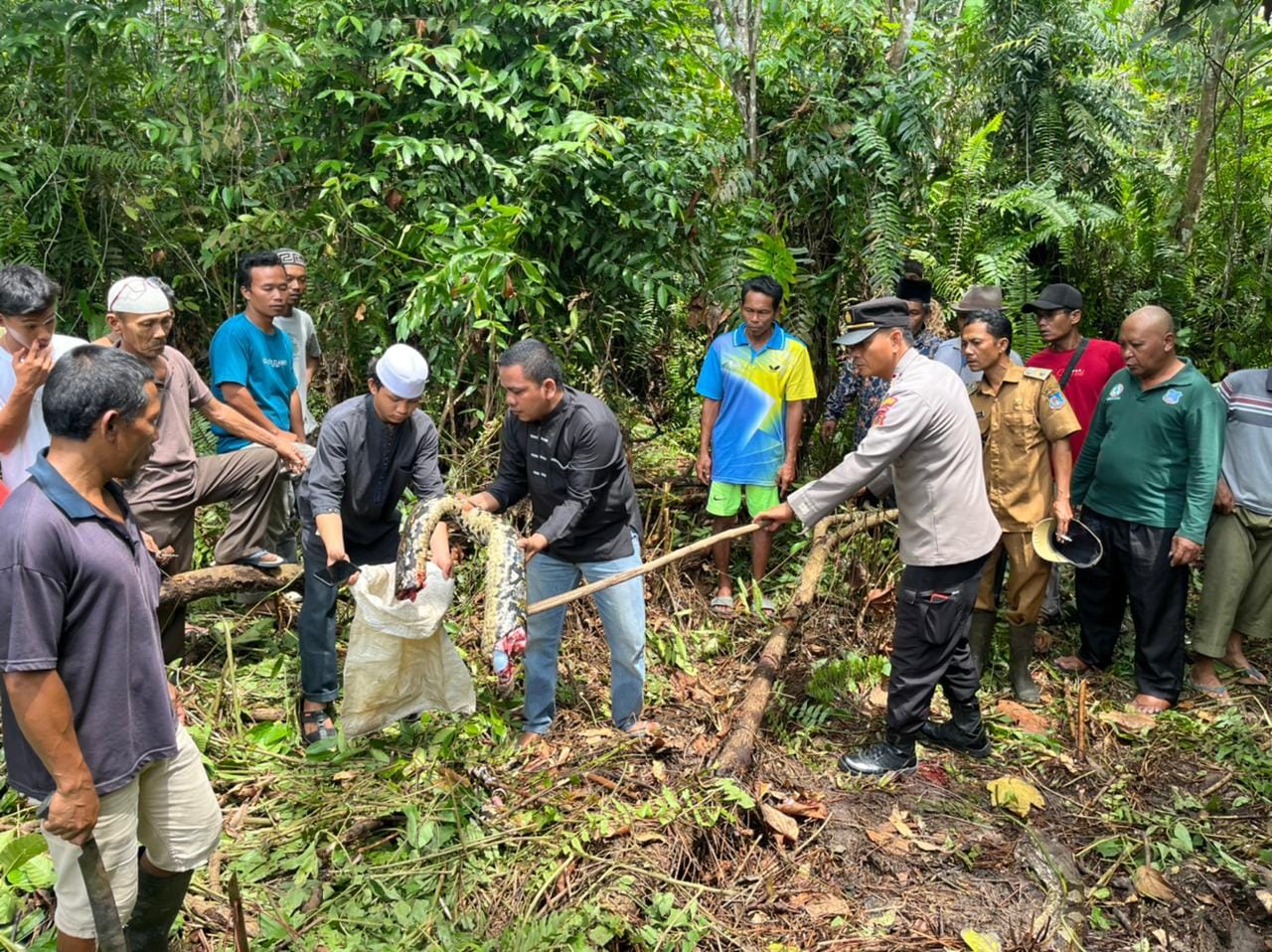