Follow
Home » World News » Woman who left potato peel in recycling bin catches binman's foul-mouthed tirade on CCTV – but who is in the right?

Woman who left potato peel in recycling bin catches binman's foul-mouthed tirade on CCTV – but who is in the right?

A BINMAN allegedly unleashed a foul-mouthed tirade at a woman after finding potato peel in her bin.

Charlotte Wallace claimed she heard the council worker yell "scummy f*****g p***k" at her house after spotting the food waste inside her blue bin. 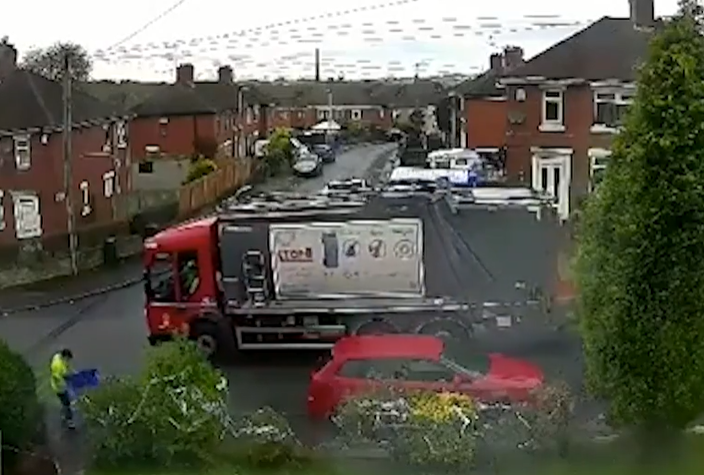 The incident was caught on Charlotte's CCTV camera, which she has sent to the council with a formal complaint about the binman.

Stoke-on-Trent City Council has apologised and told her it will be looking into the incident.

She said: "Normally I wouldn't be at home at that time because I'd be at work.

"Our CCTV camera was able to pick up some of it."

"But he shouted in the street so everyone could hear, like any passers-by or my neighbours. Anyone who heard him would be wondering what the problem is.

"I complained to the council about this and they said they'd look into it, but they're not going to be able to tell me if they actually do anything.

"Meanwhile I'm left with a full bin until the next collection day. They suggested I use a cardboard box for my recycling, but that's not going to last very long in this weather."

A Stoke-on-Trent City Council spokesman confirmed the incident was being investigated.

He said: “We thank Charlotte Wallace for raising this. Our binmen, and all council workers, work to very high standards, and we expect no less from all employees.

"We’re looking into the circumstances around this allegation and would like to apologise to Ms Wallace for any distress that she may have experienced."