His season may be over, but Tom Brady is still playing the field.

Former teammate Rob Gronkowski teased the legendary quarterback about possibly dating Sally Field, with whom Brady stars in the upcoming comedy “80 for Brady.”

“I was wondering, too, Tom, have you been considering dating Sally Field after that Oscar-worthy performance, or what?” Gronkowski asked during the Jan. 16 episode of Brady’s “Let’s Go!” podcast. 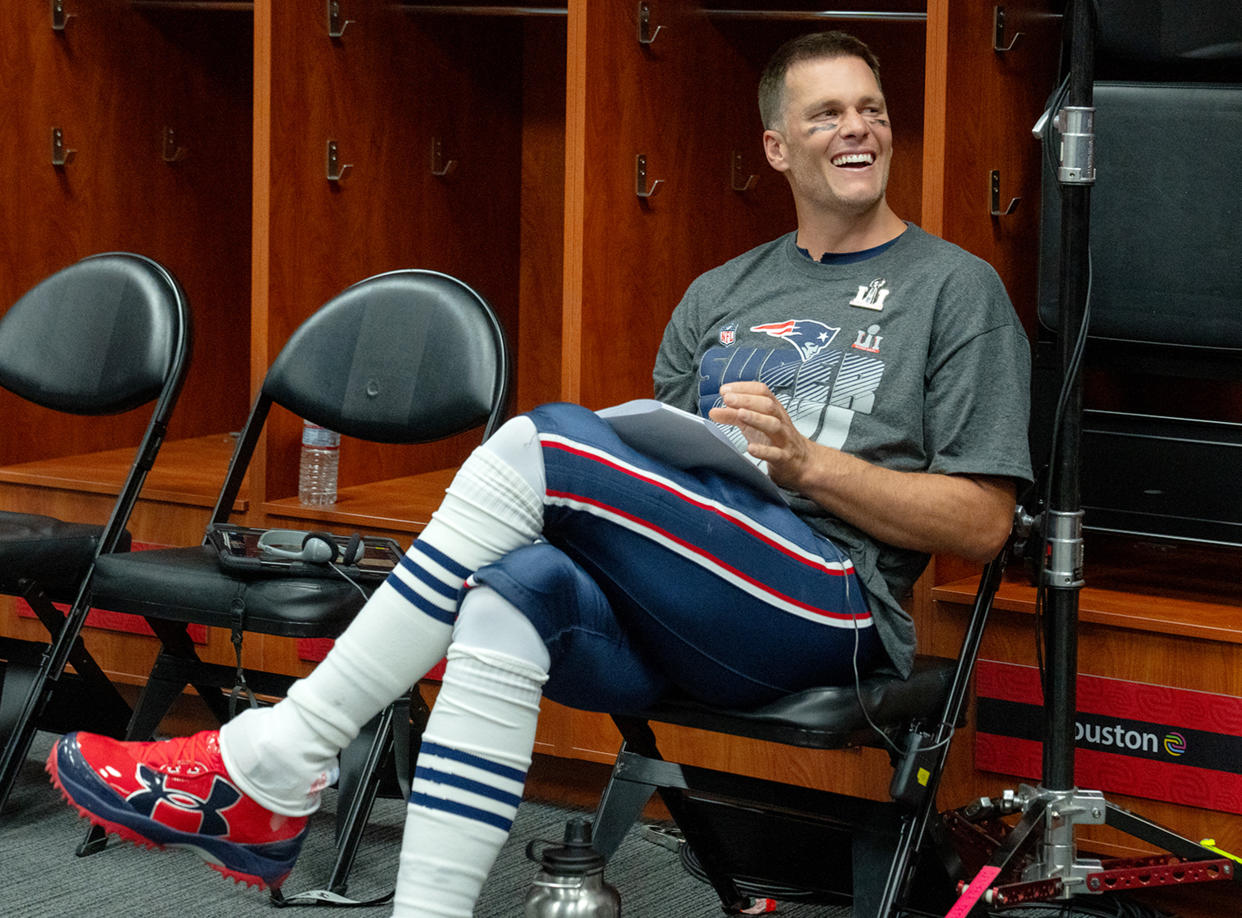 “We did have kind of an on-camera little thing going, so it was actually nice. We really enjoyed our time together, so we’ll see where it goes from here,” replied Brady, whose Tampa Bay Buccaneers lost its wild-card game against the Dallas Cowboys on Jan. 16, prompting many to wonder if he will retire.

“Yeah, I know. I noticed that,” Gronkowski said.

Gronkowski, who also appears in “80 for Brady,” also lauded Brady’s performance in the movie.

“Tom was a great actor. I mean, he was basically just pretending he was playing football and yelling, ‘Let’s effing go!’ every minute, but I was also not there for the other days,” he said.

Brady is single again after he and Gisele Bundchen announced in October they had divorced.

“In recent days, my wife and I finalized our divorce from one another after 13 years of marriage,” he wrote on his Instagram story. “We arrived at this decision amicably and with gratitude for the time we spent together.” 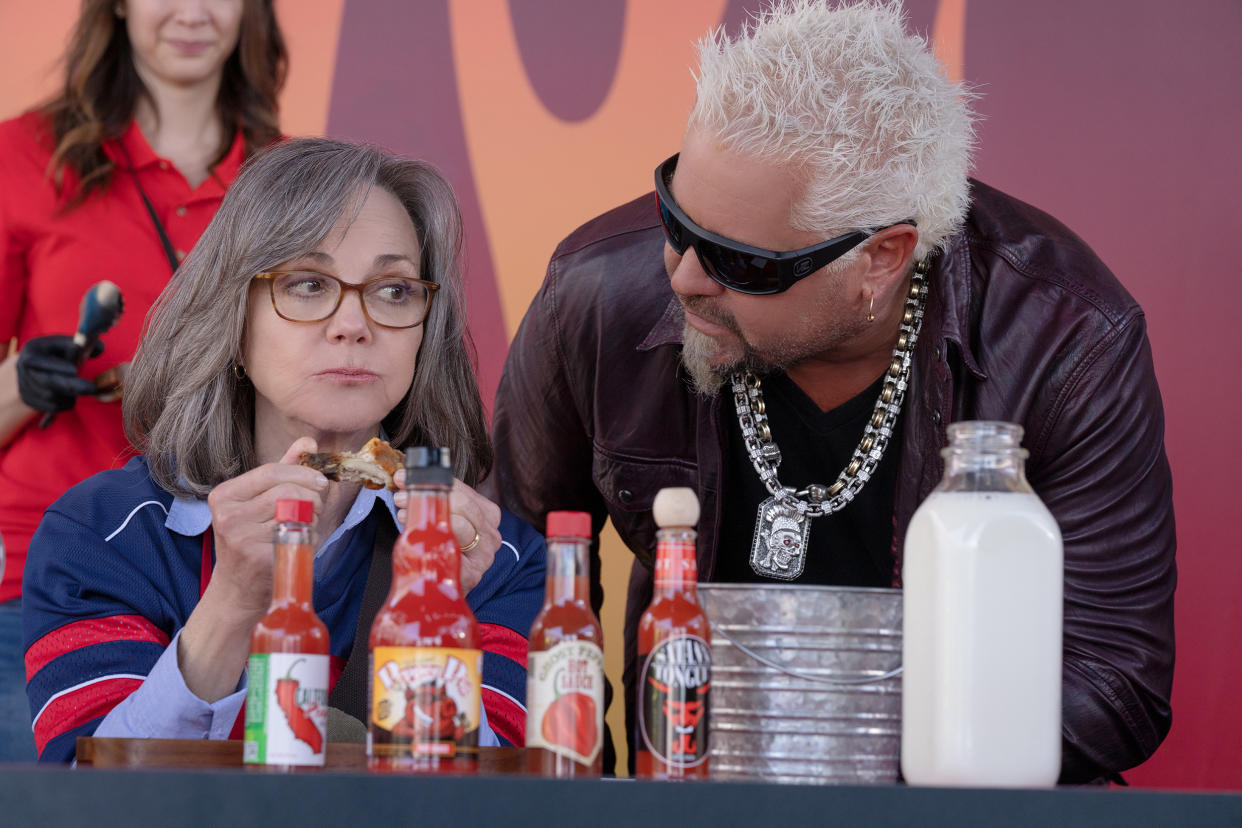 “We arrived at this decision to end our marriage after much consideration,” he added. “Doing so is, of course, painful and difficult, like it is for so many people who go through the same thing every day around the world.”

In “80 for Brady,” Field plays one of four women, along with Lily Tomlin, Jane Fonda and Rita Moreno, determined to travel to the 2017 Super Bowl to see Brady and the New England Patriots play in the big game. 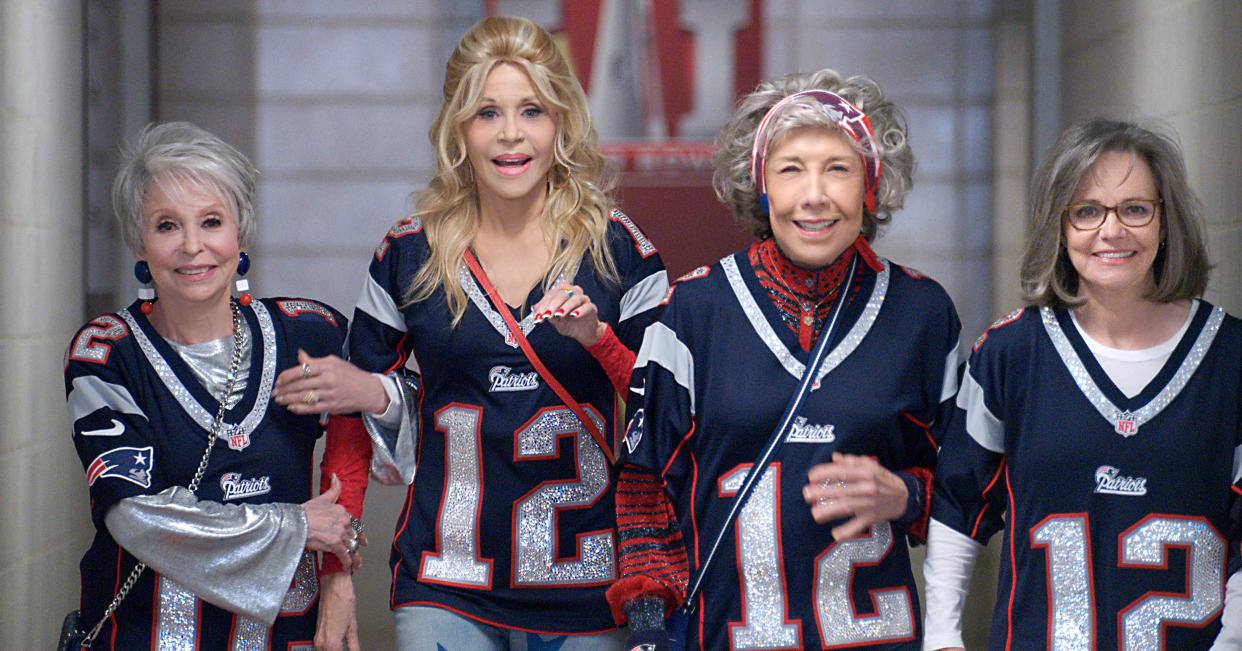 And while we don’t know if Brady and Field, who will be honored with the SAG life achievement award at the SAG Awards on Feb. 26, will ever become a couple, we do know his presence on the set left at least one of their co-stars in the movie swooning.

“Tom Brady, I think he went into all of our trailers individually,” Fonda said earlier this month at the Palm Springs International Film Festival. “And when he walked into my trailer at the end, my knees gave way. I had to hold on to something. I mean, he is gorgeous. He is so gorgeous.”