Yachtswoman blogger died after taking poison she had ordered online

An accomplished yachtswoman and mental health blogger died after taking a poisonous substance she ordered on the internet while at a secure psychiatric hospital, an inquest has heard.

Beth Matthews, 26, told staff at the hospital that the substance was protein powder, the inquest at Manchester South coroner’s court heard.

Matthews, who had competed in the Fastnet race aged just 15, died shortly after taking the substance on March 21 last year.

The talented yachtswoman from Cornwall was also a mental health blogger with thousands of followers on social media. She was described in court as ‘bright and vivacious’ with an ‘incredible character’. 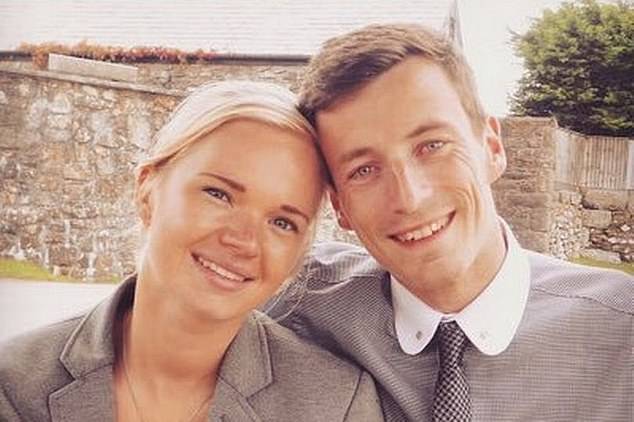 After Matthews had taken the substance, paramedics were called. She suffered a cardiac arrest and was immediately taken to hospital.

Matthews was pronounced dead at Wythenshawe hospital shortly before 4pm.

Matthews had been treated for personality disorder at the Priory Hospital Cheadle Royal, Heald Green, just outside of Manchester. She had been undergoing specialist therapy after being detained under the Mental Health Act.

The court also heard that she had suffered from mental health problems for much of her life.

In April 2019, she attempted suicide and suffered severe, life-changing injuries.

It was after this that Matthews began writing blogs about her own mental health journey, gaining a loyal following on social media.

Andrew Bridgeman, the assistant coroner, told the jury hearing the case that Matthews had ‘ingested a substance that came through the post, quite quickly became unwell [and] was taken urgently to hospital where she sadly died.’

Paramedic Kate Barnes made a statement to the inquest in which she detailed the emergency response in March last year.

She said that staff at the psychiatric hospital told her that Matthews had had a ‘parcel delivered to the unit, which she opened in front of them and managed to consume’. The paramedic said that inside the parcel was ‘a small plastic, screw-top container’.

The coroner’s inquest heard that Matthews told the staff that the container contained protein powder.

The inquest heard that the package had ‘foreign writing’ on it and that it had been purchased online.

Matthew’s mother, Jane, made a statement to the court in which she paid tribute to her daughter. She described her as ‘bright and vivacious’ with ‘an incredible character’. Jane Matthews said her daughter would ‘light up the lives’ of those she met.

Jane Matthews detailed how her daughter had been able to help those who had reached out to her after reading her blog, and described her as ‘caring, intelligent and articulate’.

Matthews had loved sport and was a talented sailor, her mother added.

The inquest is expected to finish by next week.