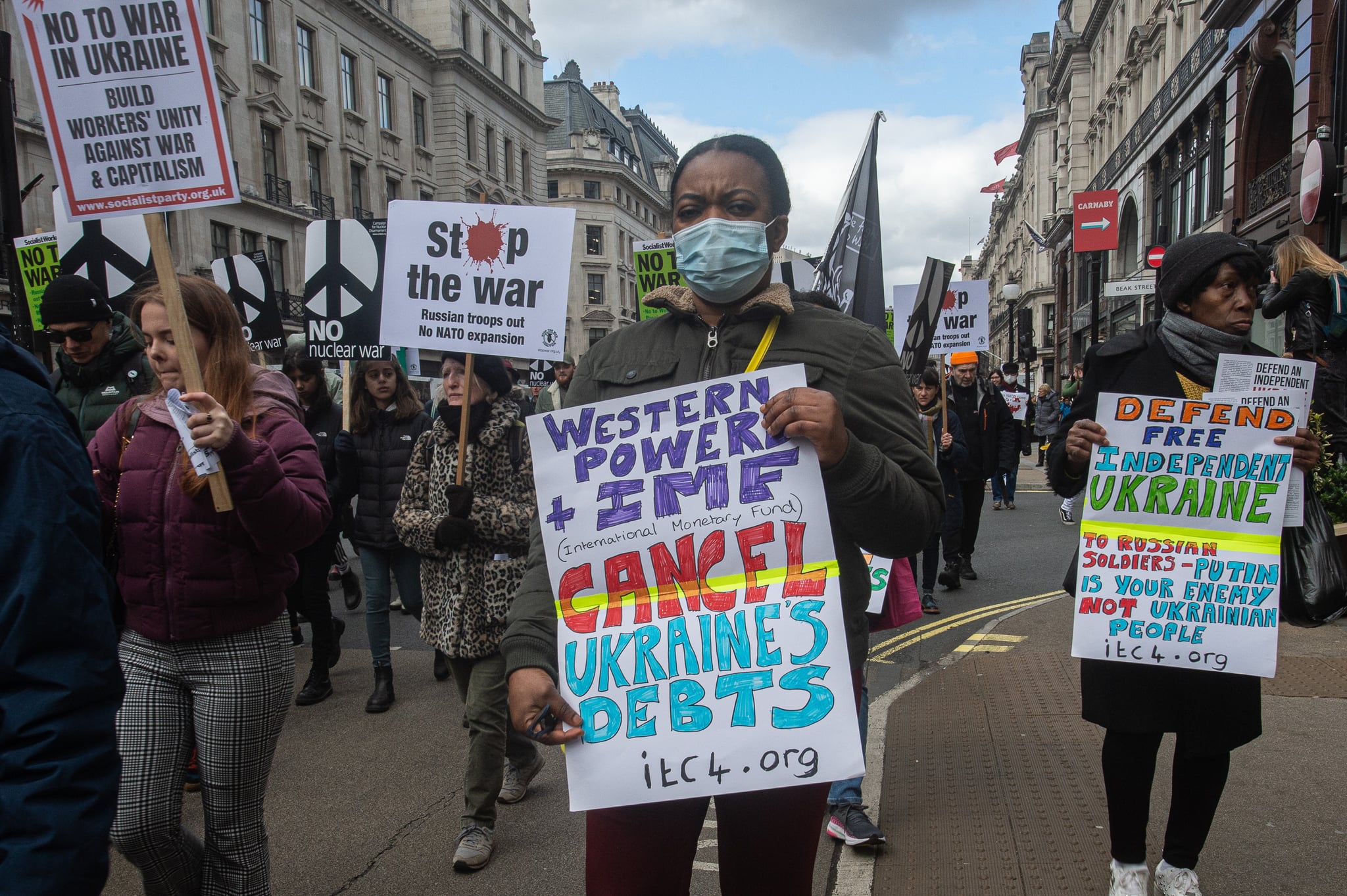 We’ve reached a bizarre stage in human evolution where we can watch a war in real time. There’s no turning off the TV anymore, as a constant stream of traumatic imagery is readily available through what was once an escape — social media. My heart is with the Ukrainian people who watch as their home is invaded by Russian President Vladimir Putin’s maniacal obsession with power. It was also painful to see the treatment of Black and Brown people in Ukraine who were met with the additional violence of racism while trying to flee a war-torn country

The world is no longer black and white — the nuance of what is right and wrong is up for grabs in our post-truth society, where feelings now have the power to override facts. As the internet successfully competes with our attention against the real world, a new moral compass is emerging, without a filter and before our eyes. Unlike before when whatever the church or state said was Bible, both experts and trolls now have equal say in defining what is “the right side of history.” When the news broke that Russia had actually invaded Ukraine, my mind had a single thought: I need to stand with the Ukrainian people. I’m an activist and an empath, so going out in the streets in solidarity with my fellow humans is a nonnegotiable duty — and being of the generation that spends most of our time tweeting about causes, it’s become quite a revolutionary act to protest in person. But as I stood in London’s Trafalgar Square alongside one of my dearest friends, who is Ukrainian, I had an intrusive thought: why do I stand for their people when they don’t stand for mine?

Following the coverage of Russia’s invasion of Ukraine, it was hard to get past the racial violence. White journalists across the full political spectrum struggled to find nonracialized words to explain why Ukrainian refugees are different from other refugees (read: Black and Brown people who have also been displaced by war). “When you look at what happened in the last refugee crisis in Europe back in 2015, Poland was one of the EU countries that was hesitant to take in refugees. Talk about what has changed and the different position now,” NBC News host Hallie Jackson prompted correspondent Kelly Cobiella. “Yeah, well just to put it bluntly,” Cobiella paused before answering, “these are not refugees from Syria — they are refugees from neighboring Ukraine. That, quite frankly, is part of it. These are Christians. They are white. They are very similar to many people who live in Poland.”

The stark media bias wasn’t isolated to NBC. In the UK, ITV News correspondent Lucy Watson reported on the situation from Poland, sharing with viewers that Ukraine is “not a developing third-world nation. This is Europe.” Ukrainian President Volodymyr Zelensky himself got extremely emotional on BBC because “European people with blue eyes and blond hair are getting killed.” Al Jazeera English’s Peter Dobbie also commented on Ukraine’s refugee crisis: “What’s compelling is that just looking at them, the way they are dressed, these are prosperous, middle-class people, these are not obviously refugees trying to get away from areas in the Middle East that are still in a big state of war. These are not people trying to get away from areas in North Africa. They look like any European family that you would live next door to.” Racist media bias by Western journalism in response to Ukraine’s refugee crisis normalizes tragedy in parts of the world such as the Middle East and Africa. It also dehumanizes Black and Brown people who are from war-torn areas, as if it’s more natural, more expected for Brown and Black people to be under the threat of war.

It wasn’t only the media that was showing its racist bias, but also how people in Ukraine were treating Black and Brown people trying to board trains and return to their home countries. Netizen Alexander Somto Orah was one of the first people who brought the #AfricansinUkraine hashtag to social media, after he shared his experience in a tweet that went viral. “In the train stations here in Kyiv, children first, women second, white men third, then the remaining is occupied by Africans,” he wrote. “This means that we have waited for many hours for trains here & couldn’t enter because of this.” Eventually, these experiences made it into Western media headlines, which further reported that African and Caribbean visitors, students, migrants, and workers were being physically and verbally abused by the Ukrainian military, while civilians barred Black and Brown people from boarding trains.

As a Black woman, I couldn’t begin to explain how conflicted I was to be advocating for the safety of the Ukrainian people while also being shown that Black and Brown lives no longer matter when we are under the threat of war. While Western media dehumanized Black and Brown refugees in Ukraine, my heart was beginning to dehumanize the Ukrainian people for the racism that plagues their society. That’s when I stopped myself and realized that that’s how “divide and conquer” works and that’s how hate reproduces itself so effortlessly in the hearts of good people. The mindset of divide and conquer is seductive and insidious. It empowers one side while dehumanizing the other, but works to entrap both sides. The “us or them” way of thinking is a legacy of colonialism and now a legacy of capitalism. It’s so pervasive that it even tried to define cancel culture in its divisive image. Cancel culture is a powerful tool that is still evolving before our eyes. It’s a moral compass being formed in real time that everyone has a say in defining. And while the name itself needs a rebrand and skews to the reductive, it’s a necessary step in reclaiming justice for many people who were silenced throughout history.

The Ukraine refugee crisis is the first time since the inception of cancel culture that justice wasn’t black or white for me. Navigating the nuance of intersectional justice shows that the right side of history is no longer clear-cut, but it also challenged me to realize that you don’t have to pick a side. You don’t have to submit to the insidious ideology of divide and conquer. You can stand with the people of Ukraine, advocate for peace and safety, while in the same breath be firmly against the pariah of racism that dehumanizes all societies (including civilized ones). “They are not mutually exclusive,” researcher and health policy PhD candidate Ahmed Ali wrote on Twitter. “Let your sense of humanity be on full display.” And thank you for that, Mr. Ali, because if we all want to heal this world that seems to be on fire, we need to move past selective sympathy and embrace the full spectrum of humanity that exists in our hearts.

What IS true about relationship between Johnny Depp and his lawyer