Police are searching for a pair of young Ivanhoe siblings who have not been seen for almost 24 hours after disappearing near a train station in Melbourne’s north-east.

Zoe, 7, and Christian, 11, were last seen on Monday at 3.30pm near the Mernda train station, around 27 kilometres north-east of the CBD. 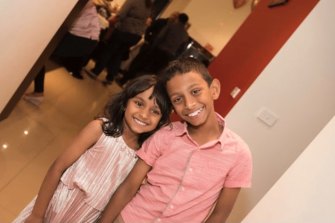 Both children are of Sri Lankan descent.

According to a Victoria Police spokesman, officers and family hold concerns for the children’s welfare due to their age.

Senior Sergeant Robyn Waite is expected to speak about the missing children at a press conference scheduled for 2pm on Tuesday outside the Heidelberg police station.

Investigators have released a photo of Zoe and Christian, in the hope that someone may be able to recognise them and provide information on their current whereabouts.

Anyone who sees the children is urged to contact triple zero immediately.