Young voters are key this election: That’s bad for Andrews and Guy

Millennials and Generation Z will have more say in the state election than ever before, with Victorians aged under 40 now making up more than one third of voters.

This generational shift is expected to have a significant impact on the election result. A recent Resolve Poll showed more than 40 per cent of 18 to 34-year-olds intend to reject the two major parties. 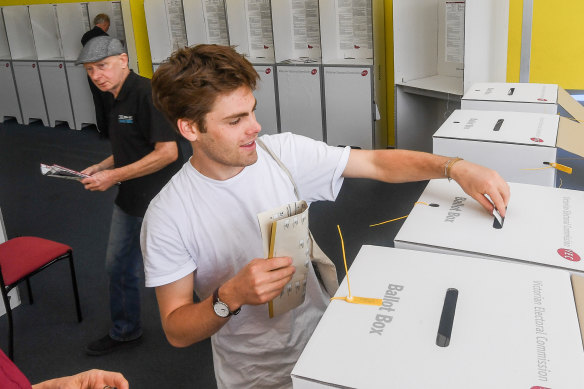 Climate change and cost of living are major concerns for Millennials, many of whom can’t afford to buy their own homes. They are also much less religious than postwar Baby Boomers. In the 2021 national census, 46.5 per cent of Millennials reported they had no religion, compared to 30 per cent of Boomers.

An analysis of Australian Electoral Commission data in September shows the declining influence of the post-war Baby Boomers (aged 55-74) and the interwar generation (75+) compared to the rise of Millennials (25-39) and Generation Z (10-24).

In 2012, Boomers and the interwar generation made up 56 per cent of voters in Victoria, according to the analysis by Redbridge Group, while Millennials made up 18 per cent and Generation Z were still too young to vote.

The Age has created an interactive of census data over the past 10 years to reveal how each of Victoria’s 88 seats compares to the rest of the state in terms of the generational split, average income, housing costs, homeownership status, cultural background and more.

Enter your address in the search box above to be taken to your state seat. Alternatively, if you already know the name of your seat, you can select it from the drop-down menu.

The interactive reveals the three electorates with the highest percentage of Millennial residents are Melbourne (50.2 per cent of the voting-age population), Richmond (48.3 per cent) and Prahran (48.1 per cent). (Not all of these would be eligible to vote, as the census data for each seat includes people who aren’t Australian citizens.)

Melbourne, Richmond and Prahran are also the three seats with the highest percentage of households occupied by renters.

Melbourne and Prahran are currently held by the Greens, who have identified Richmond as their number-one target to win at the November 26 election.

Simon Welsh, the director of research and policy at Redbridge Group, said Millennials were a more socially progressive cohort than previous generations, with very low levels of home ownership and high levels of economic anxiety. 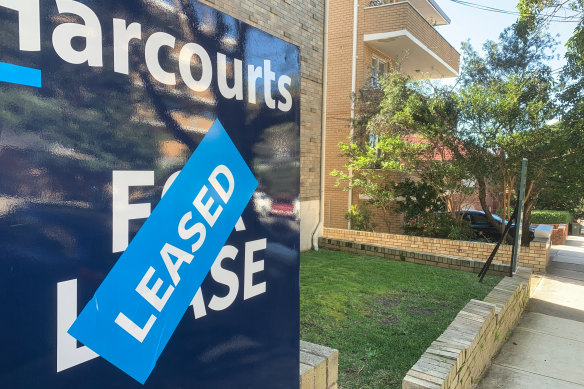 “The rental class is predominantly Millennial. No asset ownership means there is nothing to conserve economically, so that drives economic progressiveness in that cohort as well, which makes it very difficult for the conservative side of politics,” Welsh said.

He said the Liberals generally only attracted about 20 per cent of the Millennial vote across Australia.

“Labor’s got problems with Millennials too, who are hiving off to Greens and some of the other progressive, minor independents like the Reason Party,” Welsh said.

Premier Daniel Andrews has long used social media to try to connect with younger voters who might be disengaged from mainstream media.

The Victorian Liberals are also campaigning on TikTok with ditties such as: “One thing to know about Dan Andrews. He’s been health minister or premier for 12 years. We’re in the middle of a health crisis but Dan doesn’t care. He cut $2 billion from health – what a nightmare.”

However, she warned that if not done well, attempts to woo younger voters on social media could go awry.

“That’s why they need young people in their teams that know natively, inherently how these platforms work and what’s going to be something that will be seen as desirable or attractive compared to something that has a backfire effect.”

The seats with the biggest increase respondents answering “no religion” were Frankston (56 per cent of people in 2021 compared to 33.8 per cent in 2011), and Ripon and Polwarth in western Victoria.

Every single electorate in the state has a lower percentage of Christians than 10 years ago.

One of the biggest increases in other religions over the past decade has been in the seat of Tarneit, in Melbourne’s fast-growing outer-west, which also has a higher percentage of its population born overseas than 10 years ago.

Most seats have a higher proportion of people born overseas than a decade ago, but a handful of areas have flipped the other way.

Footscray, Northcote, Brunswick, Pascoe Vale, Preston and Williamstown are all home to a higher percentage of Australian-born people than they were 10 years ago, driven in part by the gentrification of these areas.