One Sydney woman has admitted she now works round the clock to cope with the crippling double whammy of a huge rise in her rent and the surging cost of living.

She is one the many Australians feeling the full impact of eight months of rate hikes by the Reserve Bank, regardless of whether they rent or own their own home.

The RBA has lifted the cash rate by 3.0 per cent since April to reach its highest level in a decade.

The increases have seen mortgage repayments increase by hundreds of dollars and rents skyrocket, as homeowners pass on the interest rate rise to their tenants. 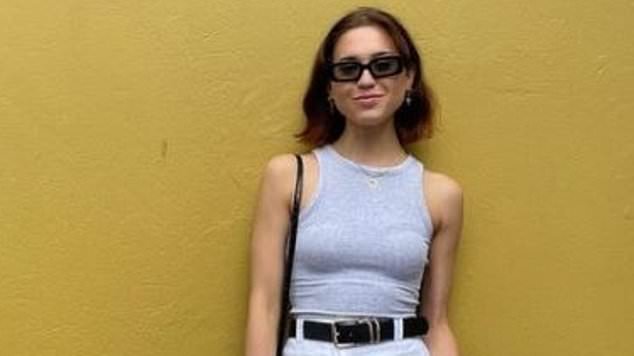 Ms Barber said the increase has caused a lot of stress in her household as the cost of living continues to increase.

‘We’re very nervous about what our future could look like, we don’t know if we’re going to be able to stay in this house,’ she said.

Ms Barber has been forced to get a job in hospitality on top of her full-time marketing job just to make ends meet, saying that it’s what she has to do to ‘look out for myself and my future’.

The Sydneysider works 40 hours a week in her marketing role and has taken on another 20 hours of work at a bar.

‘I’m not keen to be extending my already full-time work into a potentially 60-hour work week, it’s quite a lot,’ she said.

‘But it’s ultimately what I need to do to survive and to financially sustain myself in my life. 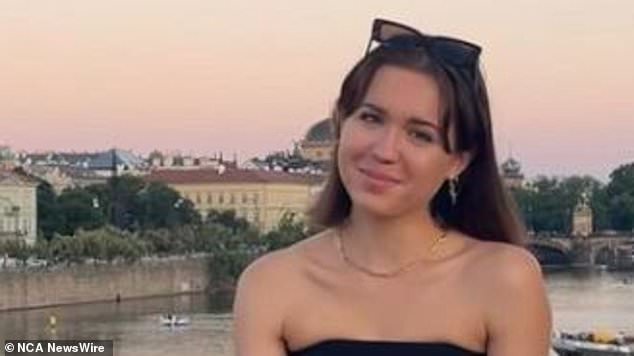 ‘It feels like a step backwards because I’ve been working professionally for five years … I have a degree, and I should be able to sustain myself with a full-time job that requires a degree, but that’s just not the case.’

Ms Barber is one of the millions of Australians, mortgage holders and renters alike, who are facing rising costs thanks to inflation and the RBA’s rate hikes.

Mortgage holders are on the front line each time the RBA announces another hike, weathering the storm of eight months of interest rate rises.

The mortgage burden has reached 177.5 per cent of disposable income, with households now at increased risk of becoming overextended due to mortgage liability, according to the Mastercard Economics Institute.

There are also warnings from Treasurer Jim Chalmers that the worst is yet to come for mortgage holders.

‘The full impact of these interest rate rises from our own independent central bank is obviously still to be felt, and the magnitude of that impact and the timing of that impact is still in many ways uncertain,’ Mr Chalmers said after the RBA’s latest rate hike. 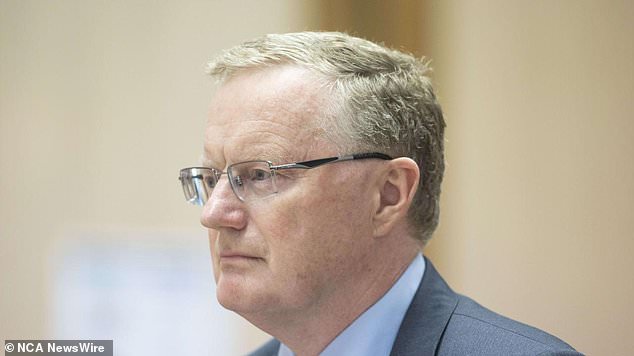 Governor Dr Philip Lowe (pictured) has overseen the Reserve Bank of Australia lifting the cash rate by 3.0 per cent since April to its highest level in a decade.

The Coalition has said that more than three million families with a mortgage are feeling the impact of the persistent rate hikes, with shadow treasurer Angus Taylor flagging that this holiday period will be tough.

‘We know rate rises take some time to flow through to mortgage holders and these steady increases will add further pressure to household budgets already under strain from the rising cost of groceries, fuel and energy bills,’ he said.

‘Many Australian families will be struggling this Christmas and the pain is only set to deepen into the new year with thousands of fixed rate loans set to rollover from February.’

Despite not having to pay a home loan, renters are also facing large hikes to their living expenses, with rents increasing by 10.3 per cent in the past year, according to PropTrack Market Insight Report.

Economists have warned that increasing interest rates are being passed through to renters, as mortgage holders struggle with each rise. Forty-two per cent of all low-income renter households now facing rental stress, according to the Rental Affordability Index.

NCA NewsWire has also spoken to other renters whose rents have soared by 20 per cent in a single rise as well as others who have had two rent increases in the past year. 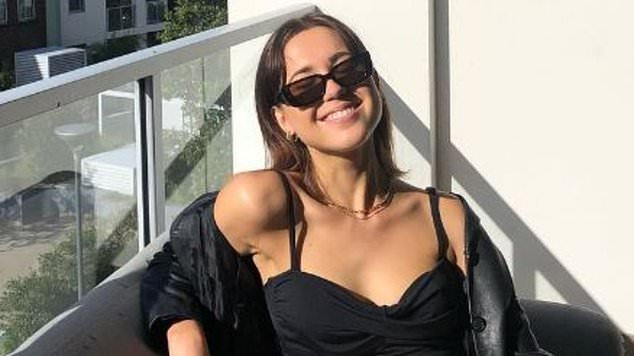 Property Club president Kevin Young warned earlier this week that the latest rate hike could be a ‘Christmas killer’ for renters facing increases.

‘This rental situation is the worst I’ve ever seen in the 50 years I’ve spent in property,’ he said.

‘Give renters some sort of relief for Christmas because inflation can’t be used anymore as the excuse to increase interest rates.’

Sydneysiders like Ms Barber continue to be the hardest hit, according to new data from Everybody’s Home, with rents in some parts of the city increasing by up to $177 a week over the past three months.

Those in western Sydney are paying $118 extra a week in rent compared with a year ago, and rents on the lower north shore have climbed by $275 or 36 per cent in the past 12 months.

In Brisbane, rents have risen by up to $67 a week over the last three months alone.

Perth’s rentals have also been heavily impacted, with prices up $124 per week or 23 per cent for the northwest of the city and $107 or 22.2 per cent in the CBD. 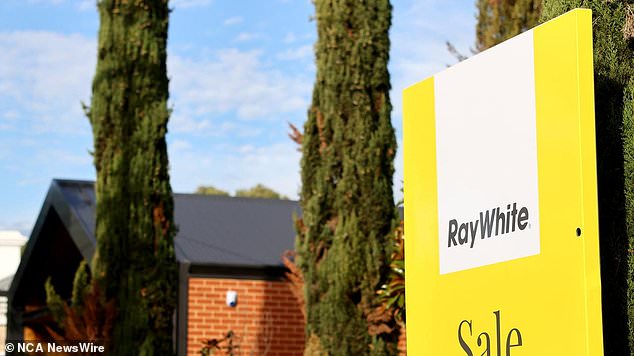 Mortgage holders are on the front line each time the RBA announces another hike, weathering the storm of eight months of interest rate rises

‘Rents have been on the rise well before interest rates climbed, but every rate increase adds more pressure to an overheated and unaffordable housing market,’ Everbody’s Home chief executive Maiy Azize said.

‘Another interest rate hike means renters will be worse off if their landlord passes on an increase. This will deepen housing stress for thousands of people.’

Low vacancy rates are also driving up prices and placing stress on renters who are facing triple-digit rent increases.

The national vacancy rate now sits at 0.8 per cent, the tightest market on record, compared with a vacancy rate of 1.5 per cent last year.

Adelaide has the lowest rate at 0.2 per cent followed by Perth at 0.4 per cent, while Sydney and Melbourne sit at 1.0 per cent and 1.1 per cent respectively.

Despite the increase, Ms Barber says she would like to stay in her home, as finding another property would result in her having to pay even more.

‘I am so scared about having to go back onto the rental market the way that it is right now, it’s pretty grim,’ Ms Barber said. 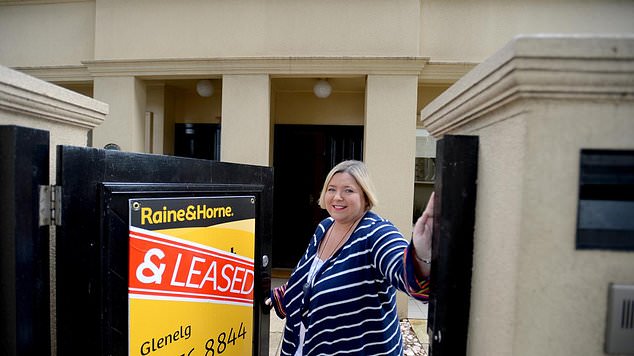 ‘We looked at the market wondering what else is around, but we would be moving somewhere even more expensive for less value and incur the cost of moving on top of that.

‘The market is insane. Inspections were booking out as soon as they were released. I don’t think we really stand a chance in the market.’

Meanwhile, inflation has also soared to new heights, reaching 7.3 per cent in the September quarter, with economists predicting it will his 8.0 per cent by the end of the year.

There are worrying signs that Australians are turning to their credit cards to battle high inflation costs after the total credit card bill for households increased by $86.6m to hit $16.89bn in October, according to RateCity.com.au.

There are warnings that Australians are going to continue to use their plastic to get through Christmas, with Canstar estimating that Australians will spend close to $57bn in November and December on credit cards. 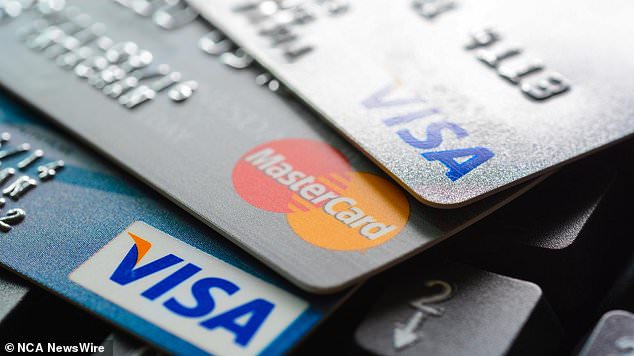 Canstar finance expert Steve Mickenbecker says the combination of bigger spending and tighter budgets could increase credit card debt accruing interest in the new year, as living costs and the full effect of eight mortgage interest rate rises are felt by many households.

‘Christmas is the season of good cheer and goodwill, but it is also the season of big spending. In spite of rising living costs, mortgage repayments and rents, Canstar is expecting another bumper season for retailers and record amounts being put on credit cards,’ he said.

‘The big issue is whether people can afford to rack up spending at the same rate they have in the past or whether they will end up with a debt hangover well into 2023 and maybe beyond.’