There’s been a jump in youth violence in Victoria but crime overall has dropped to an eight-year low.

The number of criminal offences in the state in the year to September fell to 474,446, a drop of 4.3 per cent compared to the same time last year. 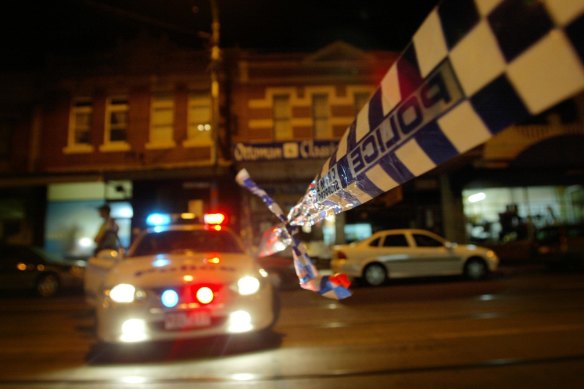 Although youth violence has increased in the state, overall crime has decreased this year.Credit:Paul Harris

But data released by the Crime Statistics Agency on Thursday showed an 8.6 per cent rise in crimes committed by people aged 10-17 compared to the previous 12 months.

Victoria Police attributes a significant portion of the most serious youth offending to gangs.

Aggravated burglaries, when a victim is at home at the time of the crime, have risen to a six-year high of 4214.

The force believes this is partly due to the combination of youth offenders entering homes to steal cars and Victorians spending more time at home due to lifestyle shifts during the pandemic.

Breaking and entering offences dropped to almost 31,000 incidents, the lowest figure since 1993.

Assault offences increased 1.1 per cent and there was also an increase in dangerous driving offences.

There were 3700 fewer family violence offences compared to 2020-21, but police say they are treating the figures “with caution” because offending can go unreported for long periods.

Deputy Commissioner Rick Nugent said the force is now bracing for an uptick in crime.

“While we anticipate overall crime will increase gradually as we move further away from the pandemic, Victoria Police will be doing everything we can to keep crime as low as possible,” he said.

“Unfortunately, all offending cannot be prevented and when serious crimes occur, we will respond and ensure those responsible are arrested as soon as possible.”