Princess Kate, Queen Elizabeth, and even King Charles have been known to make a sudden beeline for an adorable baby in a crowd when meeting members of the public during official engagements, and the photos are heartwarming.

Many members of the royal family‘s eyes really light up when they clock a little one in the crowd. Fans love it when Kate stops to speak with the children and who could forget the moment that she met three-year-old Akeem at a school earlier this month and offered him the Remembrance Poppy which was pinned to her coat.

From Queen Elizabeth pausing to coo over a young child to Sophie Wessex enjoying playtime at a nurse, HELLO! has rounded up our ten favourite photos.

When on tour in Scotland, the Prince and Princess of Wales were both taken by baby Penelope Stewart. Kate even tried a wave to engage the tot who was all wrapped up in tights and a blue coat. 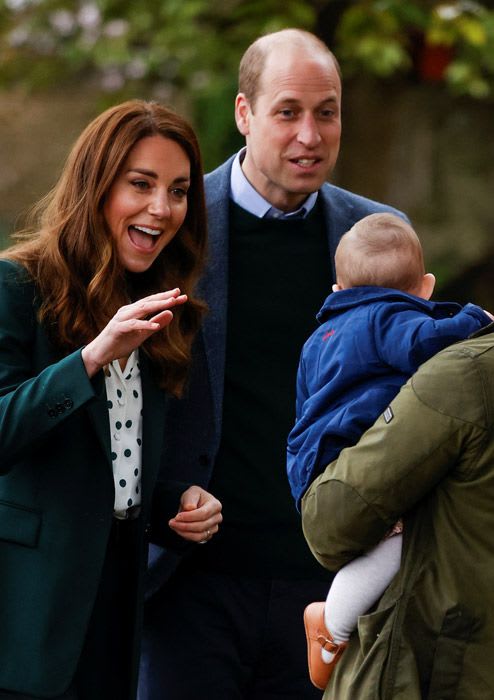 Princess Kate always seems to find her way to the babies in the crowd and she met Makena Grace in Battersea Park in 2020 and the little one was transfixed on the royal’s sunglasses. 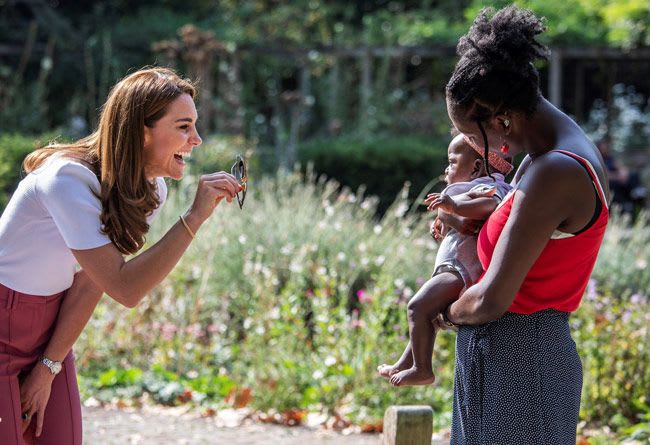 A baby is intrigued by Kate’s sunglasses

Prince Harry leaned over to tickle baby Naz, who was in her mother Maria’s arms, during a visit to the YMCA in South Ealing. Her big, beautiful eyes were transfixed on the Duke. 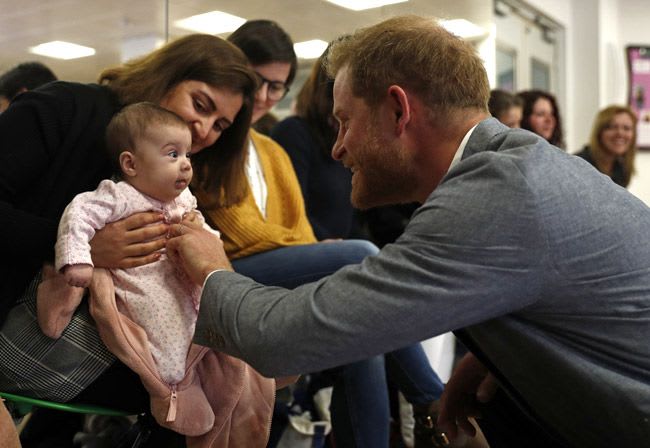 MORE: Everything Kate Middleton has said about fourth baby after ‘broody’ confession in Copenhagen

MORE: Prince William and Kate Middleton’s sleeping arrangements are so different from everyone else’s

While in Australia, Meghan Markle was lucky enough to meet singer Missy Higgins along with her nine-week-old baby Lunar. Despite being in the presence of royalty, Lunar remained peacefully sleeping. 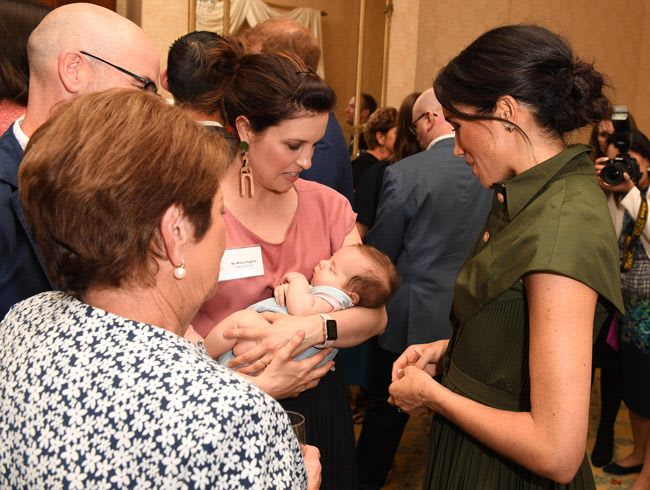 King Charles found a big fan in the crowds at the Great Yorkshire Showground in 2021. The little girl raised her hands as the Prince of Wales cooed over her. 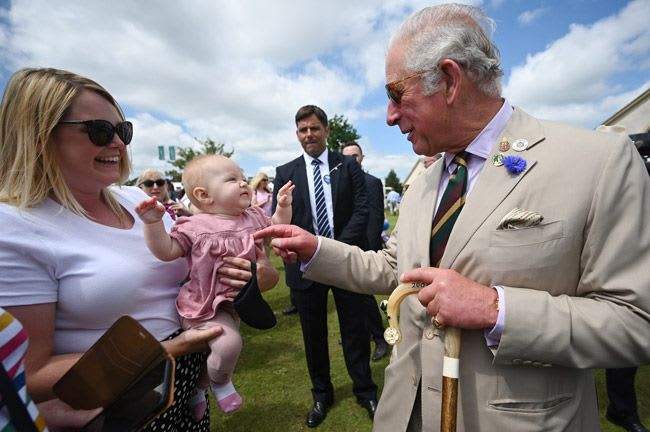 Camilla cradled a baby called Sarah Abu Ameerah on her 2021 visit to Jordan. The Queen Consort held on tight as the little one slept soundly. 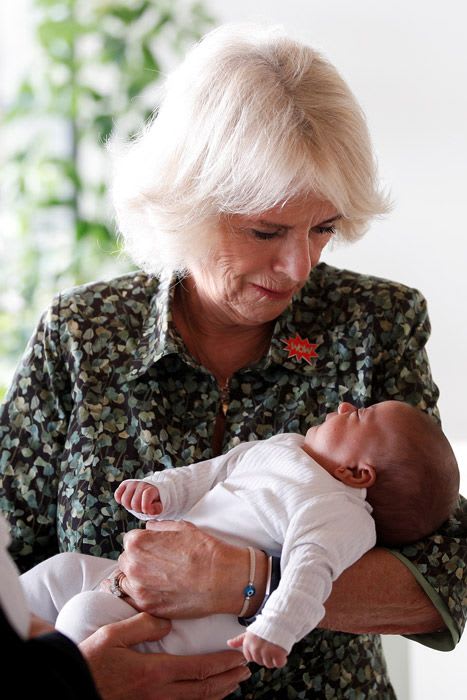 In 2011, Queen Elizabeth stopped to greet a mother and baby at the Royal Windsor Horse Show. Her Majesty grinned away at the barefoot child in their mother’s arms.

Queen Elizabeth stopped to say hello to a toddler

During a visit to a hostel in Sao Paolo, Brazil, Princess Diana held a young baby who took a liking to the gold necklace she was wearing. 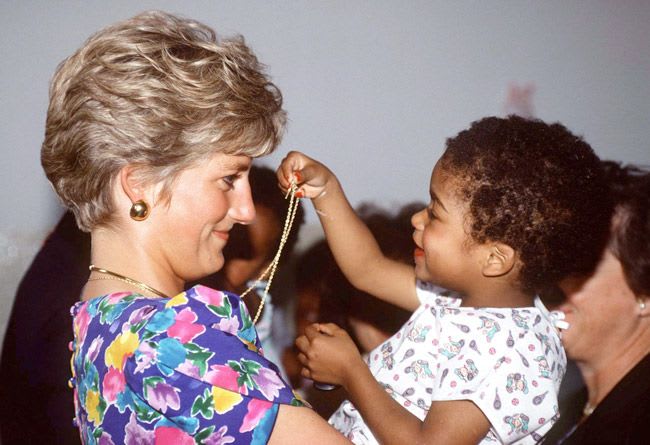 The Countess of Wessex seemed to love her time meeting new mothers and their babies when she opened the new Jigsaw Hub at The Lighthouse in Woking, earlier this year. Sophie learned about how the community hub supports marginalised members of the local community and joined in at playtime.

Sarah Ferguson had the chance to meet baby Aarya Ghelani and her mother Bina Ghelani in 2017 at The William Harvey Research Institute. The Duchess of York couldn’t resist those tiny baby feet! 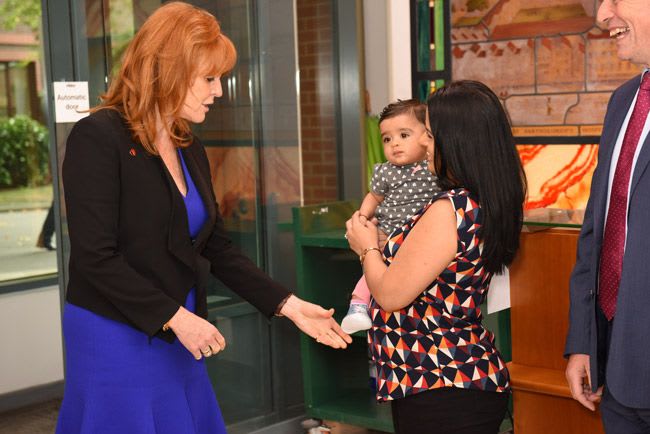