Follow
Home » Beauty » If Droopy Jowls Have You Down, There Is A New Painless Tightening Remedy

If Droopy Jowls Have You Down, There Is A New Painless Tightening Remedy

If your face is no longer defying gravity & you don’t like the jowls you are seeing, there is now a new non-surgical treatment to lift your cheeks back up.

Those are just two of the enthusiastic comments shared by two patients who are thrilled with the results of a revolutionary new treatment to tighten the saggy jowls that many of us start to suffer from as we age.

It’s insidious – the loosening of the cheeks and skin above the jawline, that starts as women (and men) hit their 40’s and gradually progresses over the years.

But now there is no need to start agonizing about the possibility of having to get any sort of surgical “lift,” in order to wave goodbye to those dropping jowls. 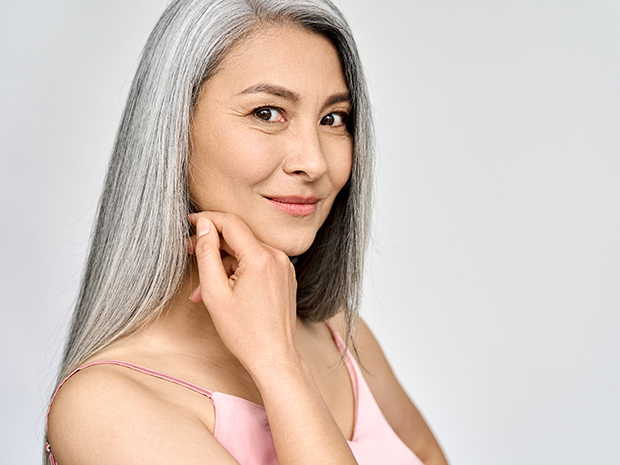 The “revolutionary” new treatment is called “Evoke,” and dermatologists are at the forefront of utilizing newly approved therapies, and have introduced them to patients.

Evoke uses a bipolar radiofrequency to stimulate new collagen, which replaces damaged collagen and which fills out and tightens sagging jowls.

“Over time as people get older, they lose collagen in their skin. That can happen through sun damage,” explains dermatologist, Dr. Bruce Katz, the director of NYC’s Juva Skin & Laser Center. “UVB rays cause redness and sunburn, both of which cause superficial damage like crepiness, broken blood vessels, and brown marks. However, UVA rays cause damage deeper in the collagen.”

Dr. Katz, who has been using Evoke to treat patients for the past year, says that UVA rays actually damage the elastin in the skin so that skin loses its springiness. “Collagen looks like a slinky which has springs. It will stretch and spring back, but if it’s been damaged by the sun, it won’t spring back and it starts to sag,” he details. “And that’s why people get jowls.” 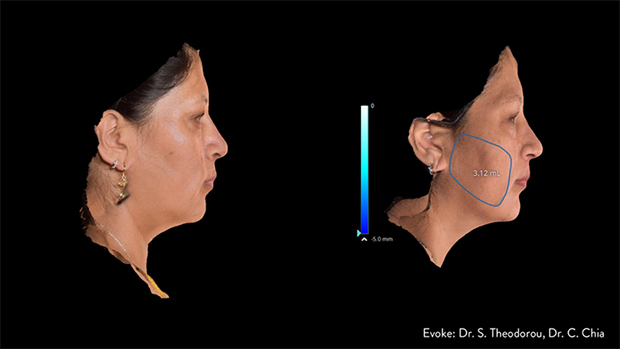 This is why it’s so important to stimulate the creation of new collagen – and that’s what Evoke does.

“I took a good look at my face one day and I went, ‘what happened?’” Margaret, one of Dr. Katz’s patients relates. “I’d lost my chin, I had jowls!”

When Margret heard about Evoke, which offered an alternative to surgery, she decided to give it a try. She was gratified to “see her chin again” after the third treatment.

Here’s how Evoke works: patients are fitted with Evoke’s paddles over their jowls, while they sit comfortably in their doctor’s office. The paddles transmit the bio polar radio frequency, and the paddles feel warm and then warmer during the 40-minute treatment.

At no point does the treatment become uncomfortable, unlike laser treatments, which require numbing cream beforehand, and can still be mildly painful.

“It just feels a little tingly, there was no pain at all. They put you in a comfy chair and you can read and relax,” reports Margaret.

Lucia, another one of Dr. Katz’s patients, confesses that when she has turned 65, she felt like her “face was going, everything was going down.”

“Maintenance is very important to me but I didn’t want to do surgery or other invasive work,” she recounted. “I like the idea of doing treatments that were external, like the radio frequency.” 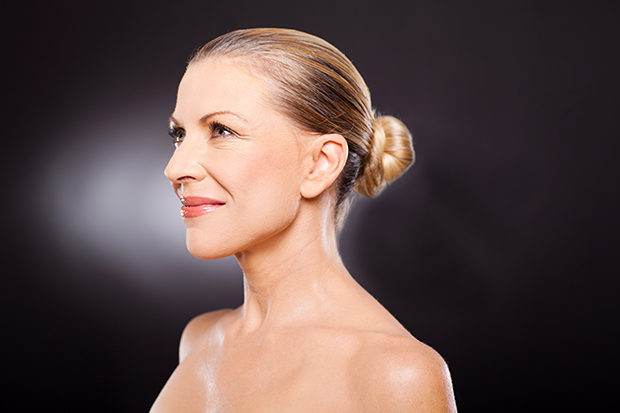 She ultimately had six treatments, but “woke up after the second treatment and I could already see that it was tightening. Then it kept improving after every treatment.”

“I look like I’m 35 years old now,” she raved. “My face doesn’t look tired anymore.” The problem that Lucia and Margaret were facing is the same problem that all of us face – aging.

“You can lose about five percent of your muscle mass with each decade after age 30. You also lose bone mass,” explains Dr. Katz. “The neck skin starts to loosen so it’s like a balloon that was once full, then loses air, so it droops.”

“I had always had a heart-shaped face,” explains Margaret, “But then, I realized I now had a ‘pie face.’ My jowls were sagging and your face starts to slide off your jawbone.”

Margaret ultimately had nine treatments but did them every other week or with longer breaks in between. Now she is thrilled because “It raised the sag hanging over my jawbone and pulled it right back up.” She even found that Evoke had stimulated so much collagen that it started to fill in some hollowness beneath her eyes.

“It was magic for me,” she ecstatically reports. “I’m totally sold.” Both of these women, who have demanding careers, also loved that there was no redness or swelling after the treatments and therefore, no downtime.

But both did warn that Evoke is not for someone who wants immediate gratification. It gives patients a gradual improvement. “My husband had no idea that I had done anything – no idea about why I’d gotten better looking,” laughed Margaret.

Dr. Katz also reassures that there are zero side effects to Evoke. It’s completely safe and it can also be used to tighten skin on the neck, on the abdomen, arms, thighs, and knees, or “wherever you have loose skin.” Lucia says she plans to try Evoke in other spots.

Treatments cost $600 or $700 each – so even with six treatments at $700 each, it’s far less expensive than plastic surgery. To find out more about Evoke, look for a dermatologist in your area.