Follow
Home » Beauty » Meghan Markle admits missing piece of childhood: That wasnt what I was exposed to

The Duchess of Sussex delighted fans on Tuesday with her finale episode of her Archetypes podcast, and in it she made a confession about an element which was missing from her childhood.

At the start of the show, Meghan Markle said: “I wasn’t really a science kind of girl growing up, I loved cooking, gardening, writing letters, I mean not much has changed with any of that. During my childhood, STEM wasn’t something I ever remember people talking about, let alone STEAM.

WATCH: Prince Harry and Meghan Markle caught on camera larking around with kids

“I love that is what kids, especially girls are encouraged to sink their teeth into today. As a kid in the 80s, that wasn’t what I was exposed to.”

STEAM stands for Science, Technology, Engineering, the Arts and Mathematics, subjects which Meghan says she was less exposed to while growing up.

The Duchess has opened up before about her childhood

The royal’s childhood was spent mostly with her mother Doria Ragland after she and her father Thomas Markle divorced when Meghan was just two.

Meghan has opened up before about being a “latchkey kid,” which essentially means she would be on her own, letting herself into her house, when she was younger.

“I was alone so much as a child, right, and also a latchkey kid, and I think I read a lot of Archie comic books ironically. My son is not named after Archie comic books, but I loved them. I collected them,” Meghan revealed in previous episode.

As a mother of two herself, to children Archie and Lilibet, the Duchess has been very keen to fight for the rights of parents in the US. 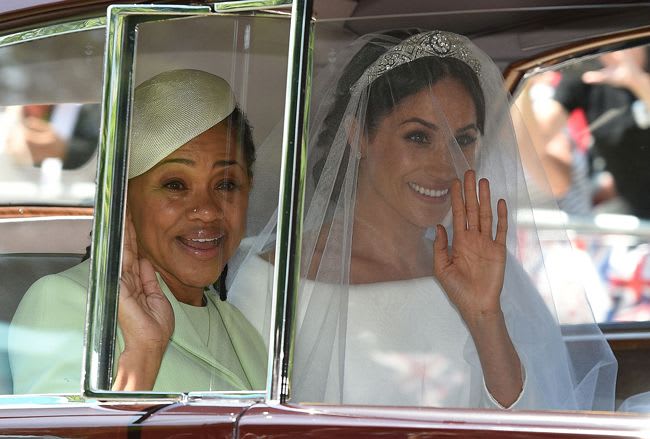 Meghan lived with her mother while growing up

Meghan even penned a letter to the US congress, highlighting the importance of paid parental leave.

TOUR: See where Meghan Markle lived before she was royal

"Seashell" Nails Will Make You Feel Like Aquatic Royalty