The list of hobbies Prince George, 9, can take up at his new school, Lambrook, is seemingly endless, with everything from podcasting to mini MasterChef on offer, but there’s one special trip that’s likely to appeal to the young royal – and his mother, Princess Kate, is sure to encourage him.

As reported in HELLO!, Lambrook offers all year 7 students the chance to go on a canoeing trip to Sweden, encouraging pupils to raise £500 to attend to fund the same trip for underprivileged children.

WATCH: Princess Charlotte tells Prince George how to bow to the Queen’s coffin

Canoeing is a pastime enjoyed by both of Prince George’s parents, with Prince William and Princess Kate pictured canoeing together in 2008 in Canada.

MORE: How Princess Kate reassured her children during heartbreaking funeral

The Princess of Wales took to a canoe again in 2019, during a visit to Northern Ireland, showing her sporting prowess as part of a canoeing team.

Princess Kate is the only royal known to be a seasoned canoer, making her quite the trailblazer, which we’re sure her young son will want to copy. Prince Edward and his wife, Sophie Wessex have been spotted in a canoe too, though they were enjoying the ride rather than using oars themselves! 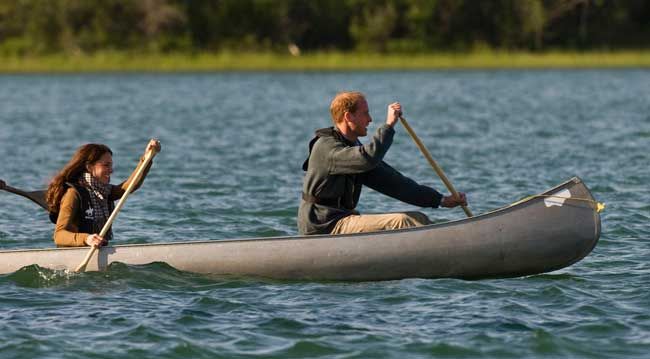 Prince George has shown an aptitude for life on the water before, most notably joining his grandparents, Carole and Mike Middleton, aboard a boat for The King’s Cup Regatta in 2019. 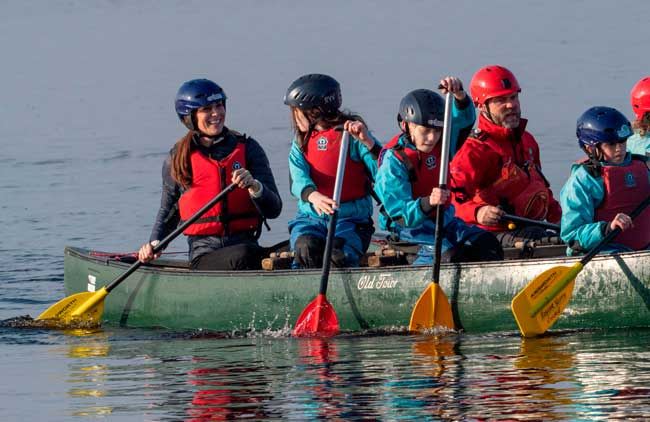 George, who was six at the time, looked sweet in a nautical outfit, donning a Breton-striped top and even a sailor’s hat to boot.

Prince George has enjoyed boating since a young age

The future King, whose front teeth were noticeably missing, was pictured watching the races from a boat with his granddad Michael and a group of friends.