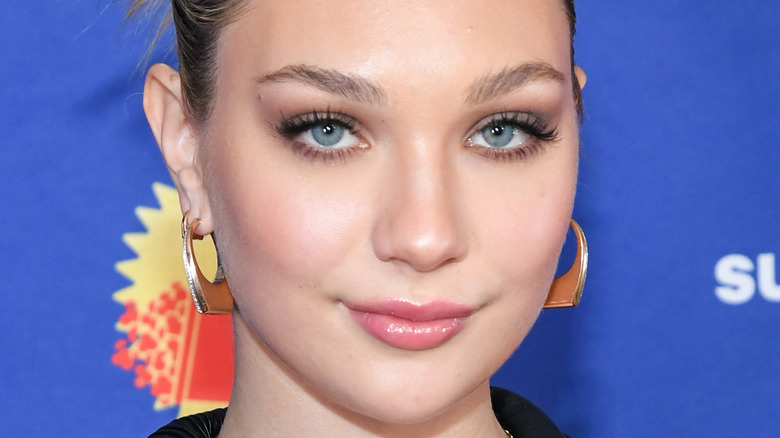 Maddie Ziegler first rose to prominence on the hit Lifetime series “Dance Moms.” Ziegler is one of the original cast members of the reality series and was often one of the most successful girls on her team (via IMDb). She won almost every competition she competed in for the Abby Lee Dance Company and frequently topped Miller’s infamous pyramid. Throughout her time on the series, it became clear that Ziegler had a knack for acting as well. In 2014, the Pennsylvania native played Sia in the singer’s “Chandelier” music video. This opportunity boosted Ziegler’s profile and led to many more acting jobs.

Since leaving “Dance Moms,” Ziegler has continued to collaborate with the award-winning musician, will be one of the Jets in Steven Spielberg’s adaptation of “West Side Story” (via Deadline), and partnered with top fashion and beauty brands, such as Fabletics, Kate Spade, and Betsey Johnson. In fact, one of her most exciting partnerships is her makeup collection with Morphe (via Allure).

Maddie Ziegler's collection can bring your imagination to life 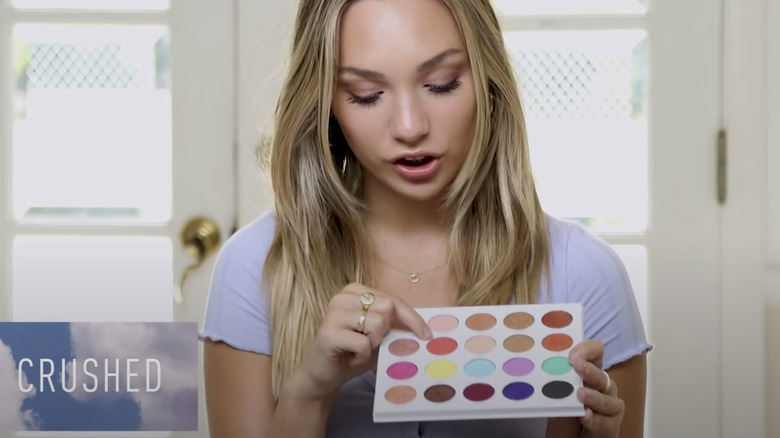 In June of 2020, Maddie Ziegler launched the Imagination Collection with the beloved beauty brand Morphe (via Allure). The colorful collection, which costs just $25, was inspired by her dancing career and features a sparkly 20-shade eyeshadow palette, a luminous highlighter stick, and a lip and cheek duo in three different shades. Ziegler even included illustrations she drew herself into each of these products. She told Allure, “The reason I wanted my illustrations on all the packaging was because it created such a personal aspect to it. All of these products represent me as a person, and I hope that translates.”

Aside from ensuring her products were affordable, the “Book Of Henry” star also crafted each item with quality in mind. She explained, “I wanted to make sure these products were pigmented, soft to the touch, and easy to use with your finger or brushes. I also wanted to make sure they performed well on your face and not just look pretty in the pans; The quality was my main concern, and I think we nailed it.” The entire Morphe x Maddie Ziegler collection is currently available on the brand’s website and in select beauty stores.

How To Recreate Emilys Hair From Pretty Little Liars

How To Pull Off A Pixie Haircut

The Nordstrom Anniversary Sale: The Best Deals So Far

Each Tiny Tattoo In Megan Rapinoe's Collection Has a Special Meaning

The Retinol Emily Ratajkowski Swears By