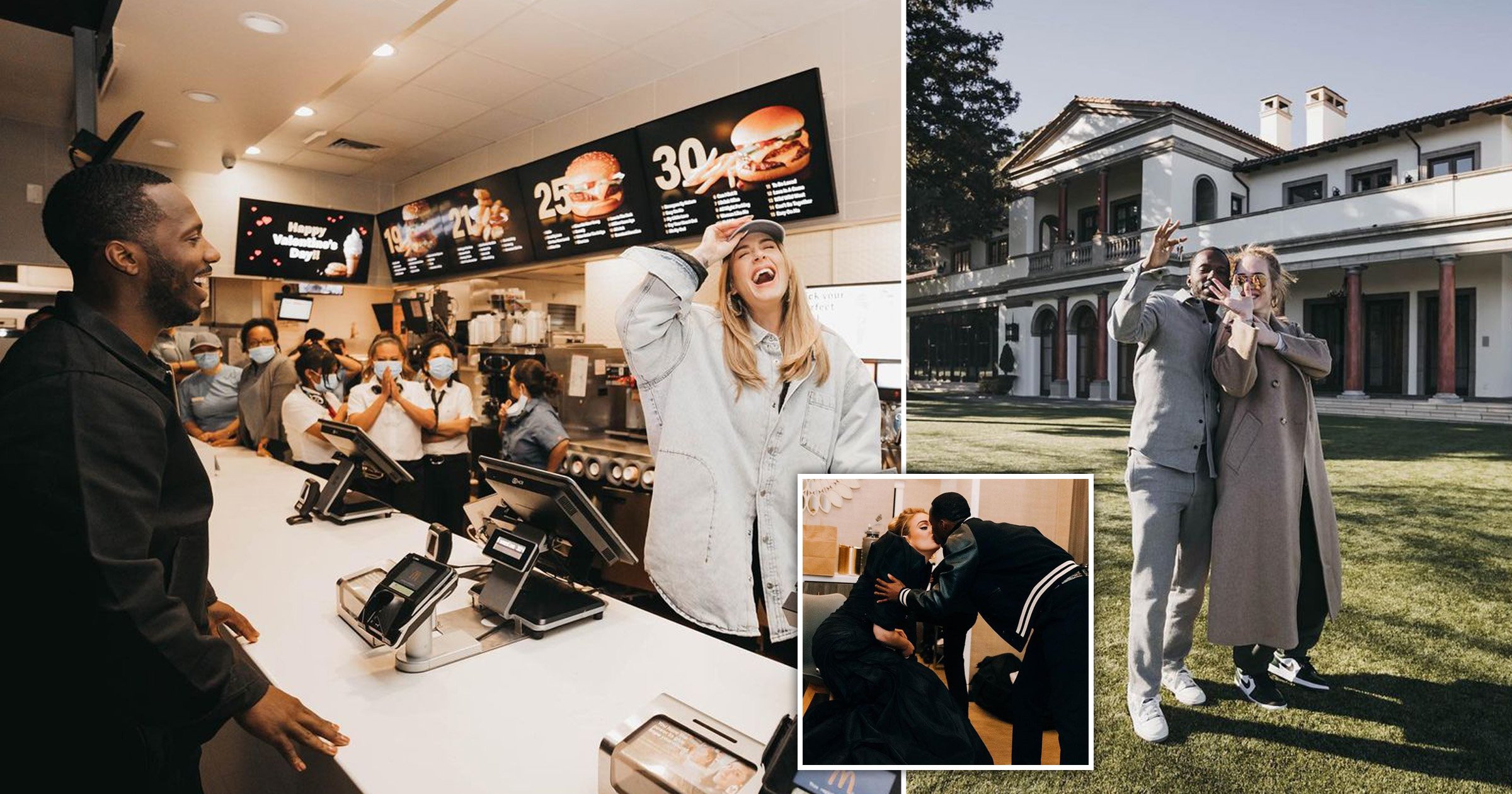 Adele and Rich Paul clearly are a couple that loves balance after appearing to have bought their first home together, while also enjoying good ol’ fashion low-key dates at McDonald’s.

Days after celebrating her 34th birthday, Adele returned to Instagram to bless the ‘gram with adorable unseen photos of her and sports agent Rich, 40, from the past few months.

In one cosy photo, the couple are seen pulling poses and standing on the sprawling lawn of a huge mansion while holding up keys, suggesting they’re now living together in their very own home.

They are slightly more glammed up in another snap taken backstage at Adele’s One Night Only concert which aired in the US last October and was filmed at the Griffith Observatory in front of a star-studded audience. Adele is seen sitting on a chair wearing her stunning billowing black gown, while Rich bends over to kiss her.

Another image shows the Hello singer holding what appears to be a fortune cookie message that reads: ‘You have found good company,’ while another photo sees them wearing matching outfits while watching a baseball game in the stands.

However, the photo that pretty much tugs on our heartstrings is the shot of Adele behind the counter at a fast food restaurant and throwing her head back in laughter, while Rich smiles watching on from the other side.

A look at the cash register shows the McDonald’s sign while another sign in the background reads: ‘Happy Valentine’s Day!’ suggesting the couple snubbed the pricey Hollywood restaurants for fast food on the most romantic day of the year.

They’re clearly a couple after our own hearts.

It’s been a while since Adele and Rich were last pictured together, with the couple keeping their relationship mostly out of the public eye since the singer wrapped up her album promotional duties earlier this year.

The pair began dating early in 2021 and Adele opened up about what drew her to the sports agent in her chat with Oprah Winfrey last autumn.

‘He’s just hilarious. Oh, he’s so funny, he’s hilarious, yeah. And very smart. You know, he’s very, very smart. It’s quite incredible watching him do what he does,’ she said.

‘And just the easiness of it. It’s just been very smooth.’

Adele split from ex-husband Simon Konecki before the pandemic and finalised their divorce last year.

However, they remain close and the singer is even said to have bought the charity entrepreneur a home across the road from the house she lives in with their son Angelo in Los Angeles.