Andrea Bocelli recalled touching ‘promise’ Queen made to him

The Italian tenor celebrates his 64th birthday today, just three days after the state funeral of Queen Elizabeth II. Andrea Bocelli enjoyed a close bond with some members of the Royal Family, even having performed for them on multiple occasions including at the Queen’s Platinum jubilee.

Now a bittersweet memory, Bocelli once recalled how the Queen had once promised him that they would go riding together.

Both the tenor and the monarch have a passion for horses. Bocelli even converted a seaside hotel in Tuscany into stables near his home.

He told the Belfast Telegraph in 2018 that he spoke to the Queen while visiting Windsor a few days after Princess Eugenie’s wedding, and although the pair went out to look at her horses, they were a bit too short on time for a ride then.

Bocelli said: “She promised. She said that one time, when I’m in England and a little bit less busy, we can do it”.

Eugenie’s wedding to Jack Brooksbank was accompanied with music by the acclaimed singer, who admitted he was nervous before his royal performance. 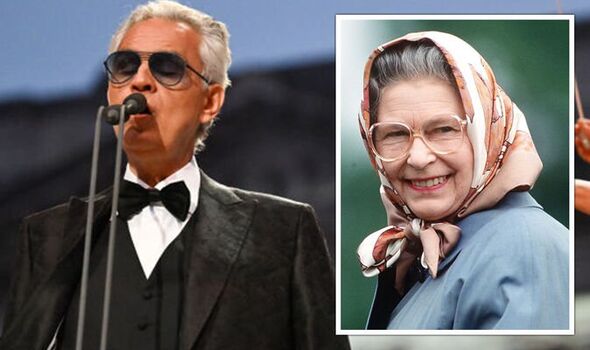 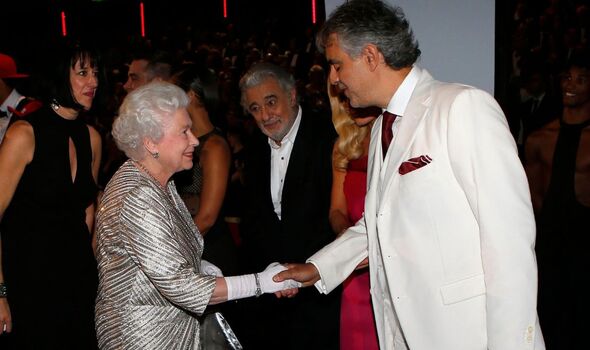 Unfortunately, the day of the wedding Bocelli was “in trouble with my voice. I was very tired”, but onlookers hardly noticed as the elegant tunes of the Italian singer washed across the lavish event.

Bocelli’s son, Matteo, also attended the wedding as the singer’s plus one and the 16-year-old found himself happily sitting next to Kate Moss.

The star-studded audience listened to Bocelli as he was backed by the Royal Philharmonic Orchestra in a sight to behold.

The Belfast Telegraph suggested the performance was “probably performed as a favour” to the mother of the bride, Duchess of York Sarah Ferguson.

Bocelli and the Duchess have reportedly been friends for years and had been alongside Princesses Beatrice and Eugenie as they grew up. 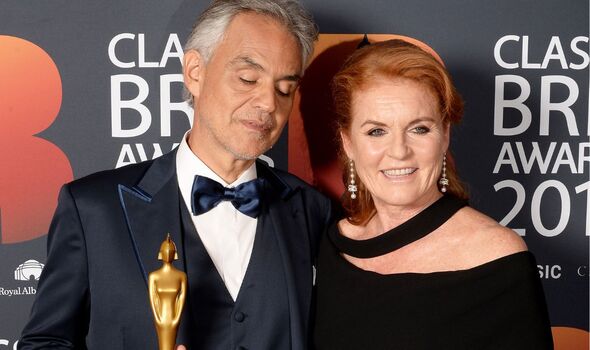 Eugenie’s wedding was not the last royal event Bocelli would headline, as he performed at the Platinum Party at the Palace earlier this year, once again backed by the orchestra.

Speaking to The Telegraph shortly before the performance, Bocelli revealed that his pre-show nerves were worsened by the fact that he knew the performance would be televised and that he was only to perform one song.

He shared: “At concerts where I will only perform one piece that will appear on millions of TV screens, it’s like kicking a penalty, you know? The last penalty. It is psychologically difficult.”

The singer refused to say what he would be performing but simply described it as “one of the most popular and loved songs in the world”.

Despite living in Italy, Bocelli claimed he had seen the impact the Queen has had on the UK and hailed her as a “courageous and brave” woman.

He shared: “She is a woman who over the decades has also known moments of pain [and] of sorrow or problems in her family, and all these things together have made her a strong woman from whom you can learn a lot.”

Days before his scheduled performance at the jubilee, Bocelli tragically lost his mother at the age of 85, and his description of his mother was remarkably similar to his praise of the Queen.

Although, he noted: “In their lives they were totally different people. My mother belonged to a very middle-class family, she lived in the countryside, whereas the Queen has a very different life.”

Tragically this is not the first time Bocelli has performed with a background of grief. Just hours before he sang for Pope John Paul II in 2000, the tenor got word of his father’s death. 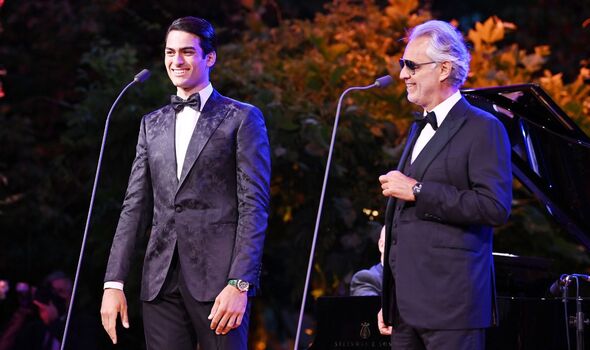 It was reported that his mother had encouraged him then to fulfill his commitment and perform for the Pope, which he did.

Bocelli is a believer in the power of music and its healing properties. However, the singer noted these qualities can be manipulated.

The now-24-year-old Matteo has also carved out a successful music career for himself, which he has been working on since his teen years.