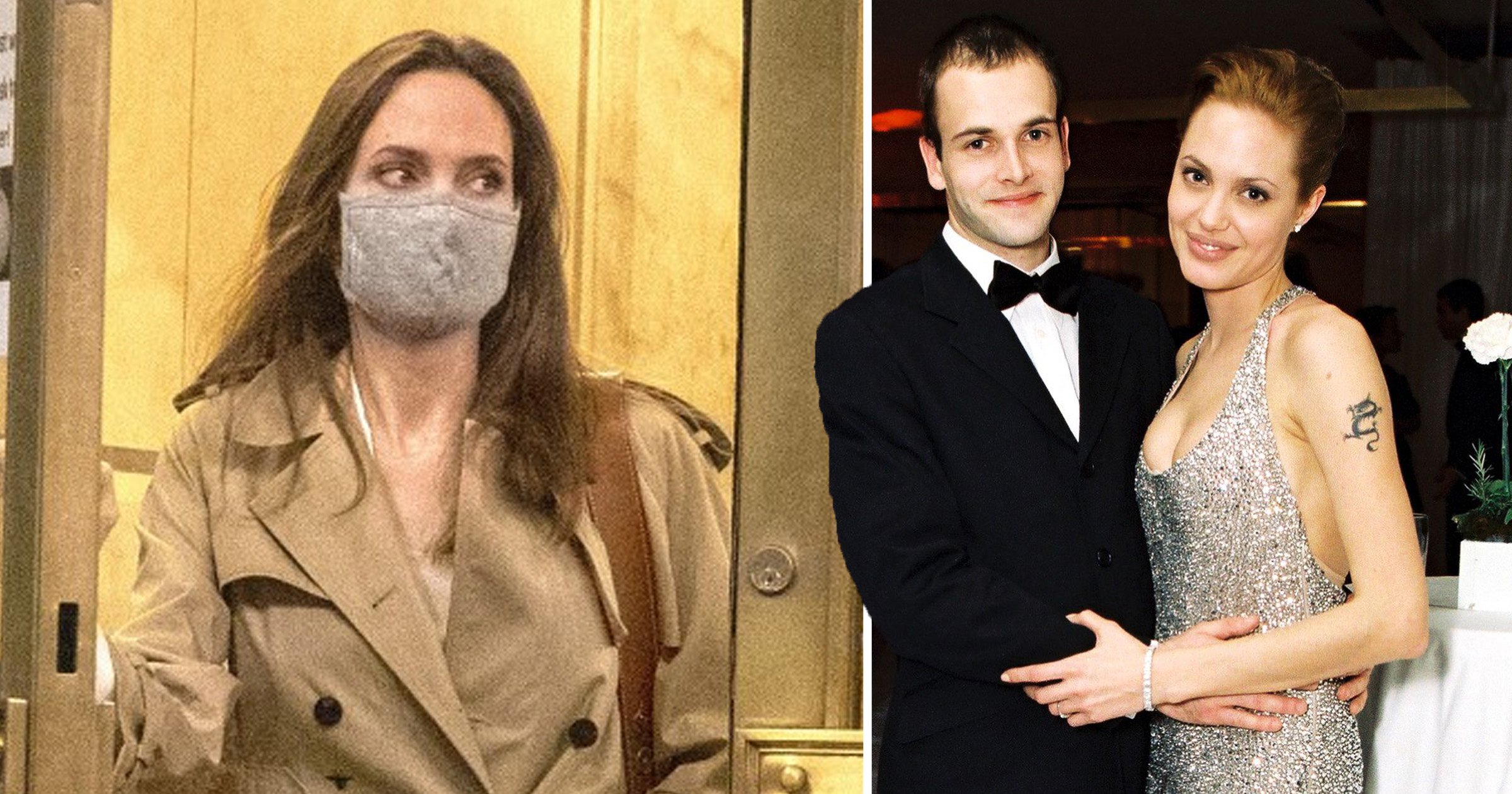 Angelina Jolie is the latest A-lister to take part in what appears to be the season for celebrities spending time with significant exes, as she was seen outside ex-husband Jonny Lee Miller’s apartment.

The pair reportedly enjoyed an intimate dinner together at his Brooklyn pad, with the Eternals star in New York City for a trip to celebrate her birthday.

Keeping it very low-key, Angelina was spotted arriving at Jonny’s apartment building alone, escorted by no security guard, and – as with any polite house guest – clutching a bottle of very nice Peter Michael wine.

The pair were married for three years from March 1996, when Angelina was just 20 and Jonny 23, after meeting on the set of Hackers, which was the first major film role for each of them.

Although Angelina initiated divorce proceedings in 1999, shortly before her second marriage to American actor Billy Bob Thornton, 65, in 2000, the 46-year-old has always spoken fondly of her ex.

In an interview with B magazine in 2004, Jolie reportedly admitted that divorcing Miller ‘was probably the dumbest thing I’ve ever done.’

The pair have both publicly stated they remain ‘friends’ and ‘in touch’ in interviews over the years, but avoid going into detail, with Jonny stating to Stuff.co.nz not long after Angelina’s split with Brad Pitt in 2017: ‘That’s all you’re getting.’

The former Lara Croft star kept her outfit understated but chic in a beige, double-breasted trench coat, loose white trousers and a cream and brown Louis Vuitton handbag as she went inside the Dumbo-based building.

She was pictured leaving nearly three hours later at around 10:30pm, wearing a light-coloured face mask and appearing to look around to see who was about outside.

Jonny was then snapped going for a jog around the neighbourhood in the rain the following morning, with his blue hood up tightly around his face to avoid getting too wet.

After their marriage, Jonny went on to wed Law & Order actress Michele Hicks, with whom he shares a son, before divorcing in 2018, while Angelina divorced Billy Bob in 2003 and married long-term partner Brad in 2014.

Brangelina’s divorce was finalised in 2019, but custody issues have dragged on into this year, with Angelina set to appeal the recent decision that ruled Brad would have joint custody of their six children.

Angelina Jolie, brad pitt, Jon
You may also like: