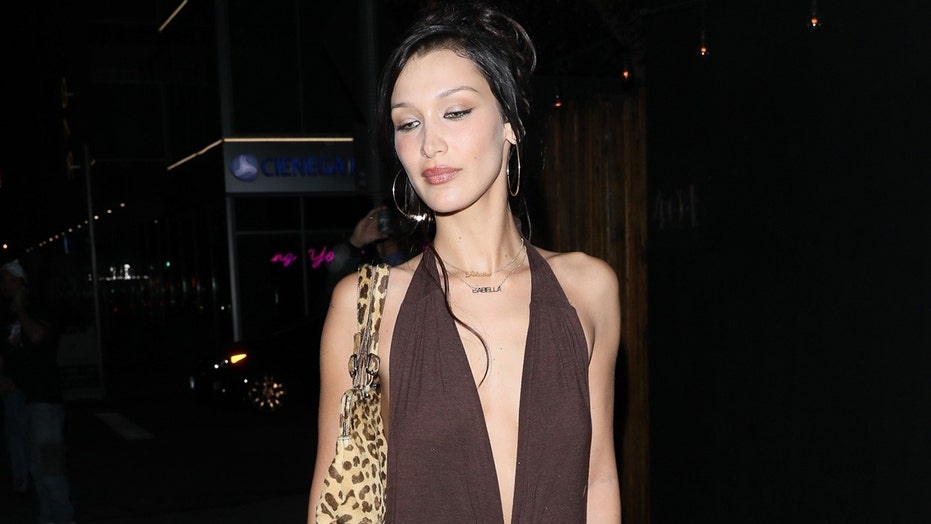 Bella Hadid was spotted out on the town wearing a necklace that showed her support of the Palestinian people.

The model was out in West Hollywood with her brother, Anwar, and some of their friends when she stepped out of a car and was photographed in white knee-high boots, a brown plunging neckline high low halter dress that went down to her belly button. The outfit was complete with a leopard-print purse that she wore slung over her right shoulder.

However, the accessory that turned the most heads was the subtle political statement that she wore on her neck. In addition to a necklace that had her full name on it, “Isabella,” the 25-year-old wore another that read “Palestine.” 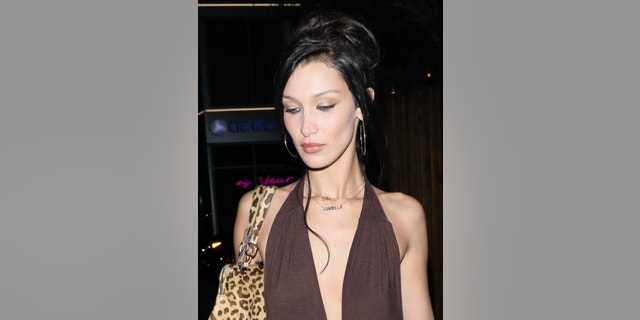 Bella Hadid had a subtle political message hidden in her jewelry.
(BACKGRID)

While subtle, this isn’t the first time that Hadid, whose father is Mohamed Hadid, a Palestinian real estate developer, has spoken out in favor of the Palestinian people. In May 2021, amid heightened violence taking place in Israel and the Gaza Strip, the supermodel took to her Instagram to share a collection of photos and videos showing her walking down the streets of Bay Ridge in Brooklyn with demonstrators holding pro-Palestinian flags.

“The way my heart feels … To be around this many beautiful, smart, respectful, loving, kind and generous Palestinians all in one place … it feels whole! We are a rare breed!!” the model wrote at the time.

“It’s free Palestine til Palestine is free!!!” she added. 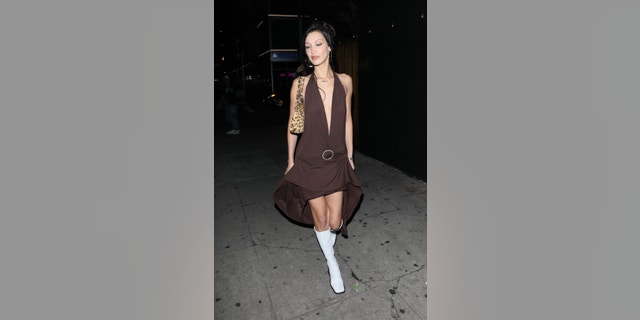 Bella Hadid wore  a "Palestine" necklace while out with friends.
(BACKGRID)

Her presence at the demonstration came hours after she shared a different post on Instagram of her grandparents on their wedding day in 1941, along with an image of her father as a child next to his seven siblings and their mom. The star noted that the siblings were “taken out of their homes in Palestine in 1948, becoming refugees in Syria, then Lebanon, then Tunisia.”

“I love my family, I love my Heritage, I love Palestine,” she wrote.

The dual posts also came hours after another post that Hadid shared drew accusations of anti-Semitism. That post was highly critical of Israel, calling it a land settled by colonizers that practice “ethnic cleansing, military occupation and apartheid over the Palestinian people.” 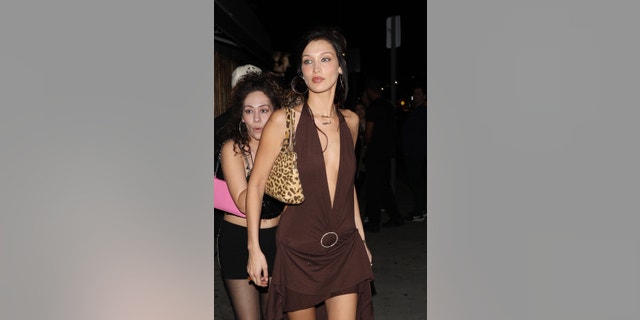 Bella Hadid has spoken out in favor of the Palestinian people in the past.
(BACKGRID)

Many Instagram users pointed out inaccuracies in Hadid’s posts, with some accusing her of perpetuating anti-Semitic tropes.