Ben Affleck and Jennifer Lopez visited the Regency Theatre in Westwood on Saturday and had their arms around each other while some of their kids walked behind them.

Ben Affleck, 49, and Jennifer Lopez, 52, put their rekindled love on full display during a family outing on Dec. 4! The actor and singer went on a movie date with some of their kids, including Ben’s daughter Seraphina, 12, and son Samuel, 9, who he shares with ex Jennifer Garner, and Jennifer’s daughter Emme, 13, and son Max, 13, who she shares with ex Marc Anthony, and were photographed happily putting their arms around each other outside the Regency Theatre in the Westwood, CA area. They were reportedly led by a theatre manager while going in and out of the building.

During the outing, Ben wore a gray graphic shirt under a plaid button down top under a black jacket, black pants, and white and gray sneakers while Jennifer wore a pink, purple, and green sweater with a floral design, jeans, and tan boots. The Good Will Hunting star also wore sunglasses and a white face mask and the “If You Had My Love” crooner wore a purple face mask. 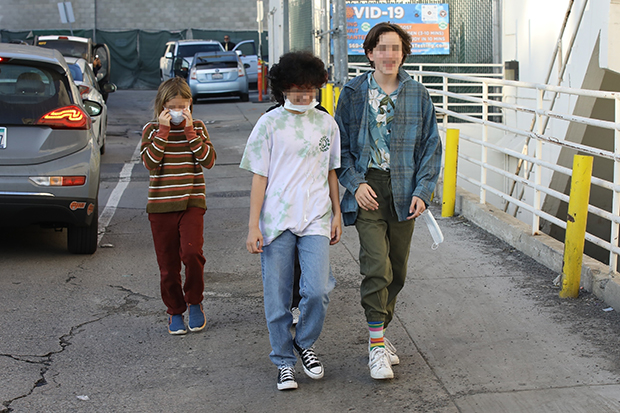 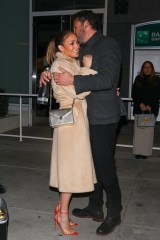 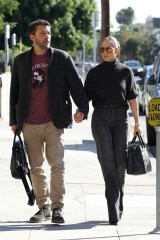 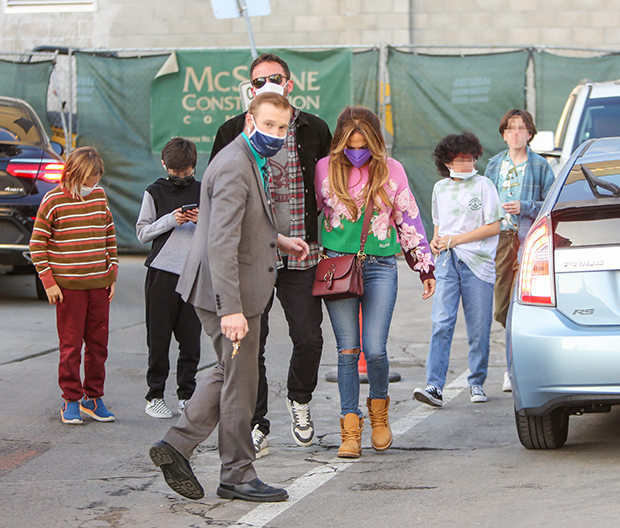 Ben and Jennifer’s latest outing with their kids comes less than a week after they made headlines when Ben opened up about their reunion and how getting back together was “beautiful” to him. “I can say that it’s definitely beautiful to me,” he told WSJ of getting back together with J.Lo, which happened earlier this year. “And, you know, one of the things I really value across all facets of my life now is that it was handled in a way that reflected that.”

Ben, who was engaged to Jennifer 17 years ago, also reflected on what it means with getting a “second chance” with the actress. “I am very lucky in my life in that I have benefited from second chances, and I am aware that other people don’t even get first chances,” he said before also admitting that learning from failures can lead to second chances. “I’ve definitely tried to take advantage of that. I haven’t always been successful, but in cases in which I have, they’ve turned out to be the defining aspects of my life.”