Follow
Home » Celebrities » Brooklyn Beckham asked by TikToker what he does for a living to drive £1.2m car 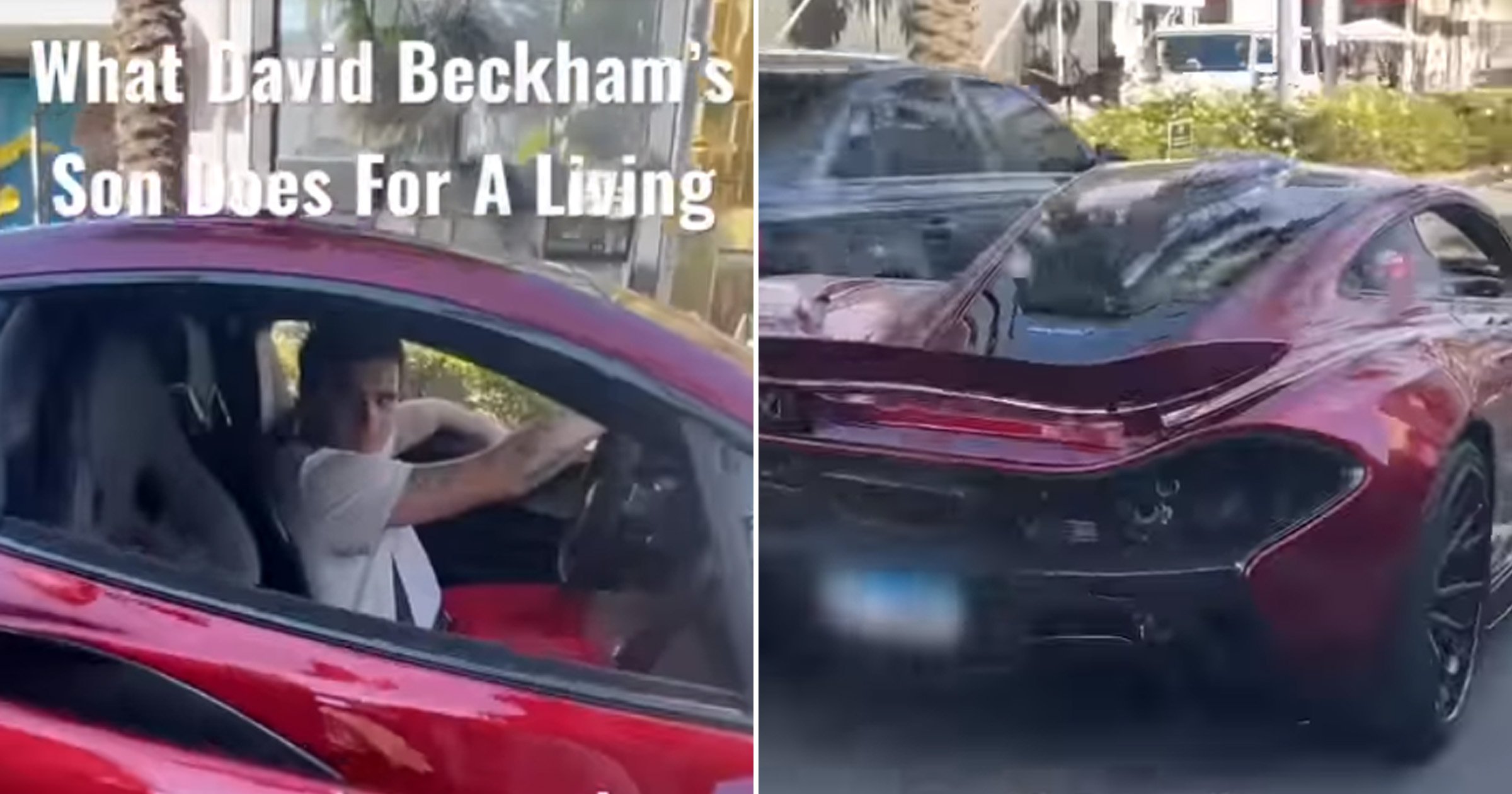 Brooklyn Beckham was put on the spot in a new video this week when TikTok and YouTube star Daniel Mac stopped him for one of his popular career videos.

Mac is known for approaching people driving eye-wateringly expensive cars and asking them ‘what do you do for a living?’ in a bid to work out how they have afforded their vehicle.

The 23-year-old son of retired football star David Beckham and former Spice Girl Victoria was spotted on a drive in a burgundy McLaren P1 – thought to be his dad’s – in Hollywood.

Brooklyn, who lives in the area with his actress and heiress wife Nicola Peltz, 27, seemed happy to answer the social media creator’s answers as he came up to his window and peppered him with questions.

Approaching the sports car for his video, Mac asked: ‘Hey man, what do you do for a living? Your car’s awesome.’

Recognising the social media star, Brooklyn responded: ‘Oh my god, I know you’ before pausing and adding: ‘I’m a chef.’

Fair play to Brooklyn, who gamely replied: ‘Trying to be.’

Brooklyn, who has also dabbled in modelling and photography in the past, then identified himself by his first name in response to Mac’s question and shared his advice for people looking to get into cooking.

‘Just follow your passion. Whatever makes you happy, just keep doing it,’ he responded.

In April, Brooklyn tied the knot with his wife Nicola, whose family is thought to have a £1.3billion fortune, while his influential parents have a joint net worth of around £380m.

In a recent interview with Variety, Brooklyn revealed that he ‘can’t wait to be a dad’ while also saying that he’s told his wife they ‘should actually do a reality TV show because she’s so funny’.

He also shared his aspirations to have ‘my own sauces, knives, pots and pans’ as well as possibly ‘open up a pub in LA, because LA need a pub’.

Brooklyn played football at a high level until he was 16 with Arsenal’s youth club, before embarking on a modelling career that’s included editorials and covers for Vogue China, Miss Vogue, and The New York Times Style Magazine.

Last year, he signed what was reported to be a £1m deal with high street brand Superdry, but the company is said to have recently ended their partnership after just eight months.

His stint in photography included a campaign for Burberry BRIT aged just 16, as well as starting a degree at Parsons School of Design in New York and publishing his own book on the subject in 2017, What I See.

His cookery has seen him launch Cookin’ With Brooklyn alongside Messenger at the end of 2021.