Can YOU tell which of these images are Photoshopped? Professional retoucher makes subtle changes to celebrity faces – as MPs call for edited images to be labelled online

Whether it’s on Instagram or in Cosmopolitan magazine, most of us are regularly exposed to airbrushed or Photoshopped images.

Amid the rise in the use of these technologies, MPs on the Health and Social Care Committee recently released a report, calling for the Government to make disclaimers on edited images mandatory.

The report recommends that images that show a digitally altered body should be labelled with a logo, to help social media users know the real from the fake.

Following the report, MailOnline enlisted the help of Stephen Davies, a professional photographer and image retoucher from South Wales, who has edited a series of red carpet photos of celebrities to show just how realistic the changes can look.

But can you tell what the subtle changes are? Scroll down to see if you can spot the Photoshop. 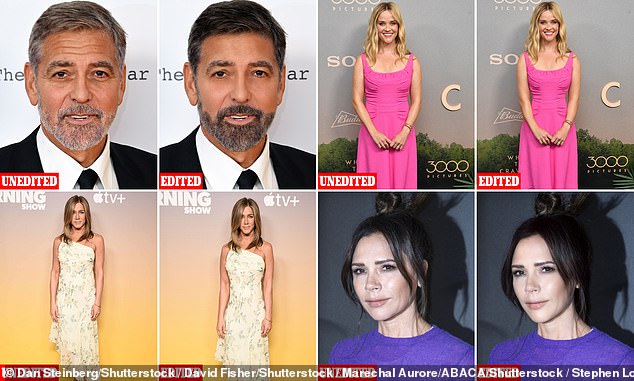 Stephen Davies, a professional photographer and image retoucher from South Wales, has edited a series of red carpet photos of celebrities to show just how realistic changes can look 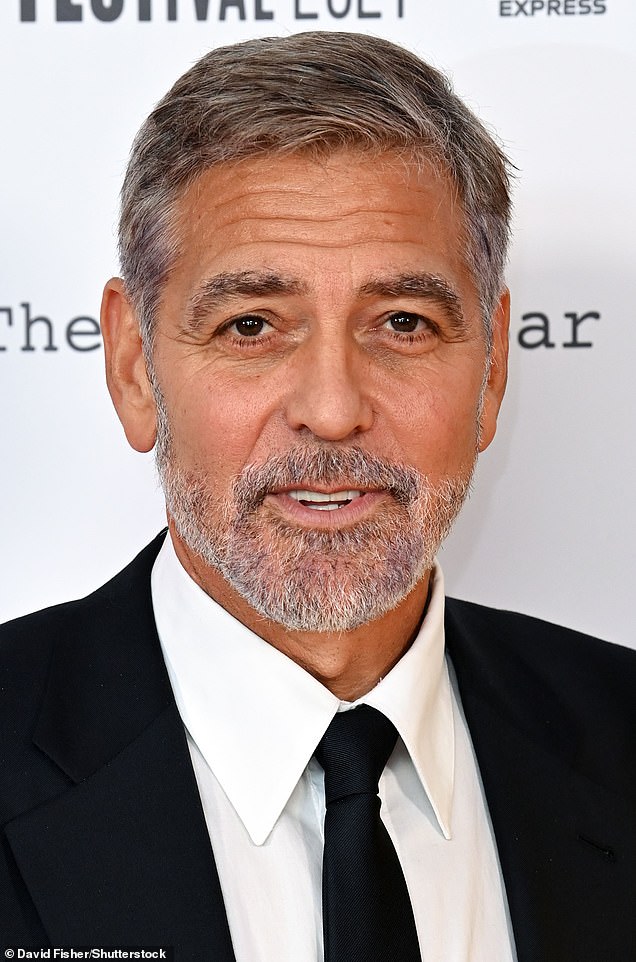 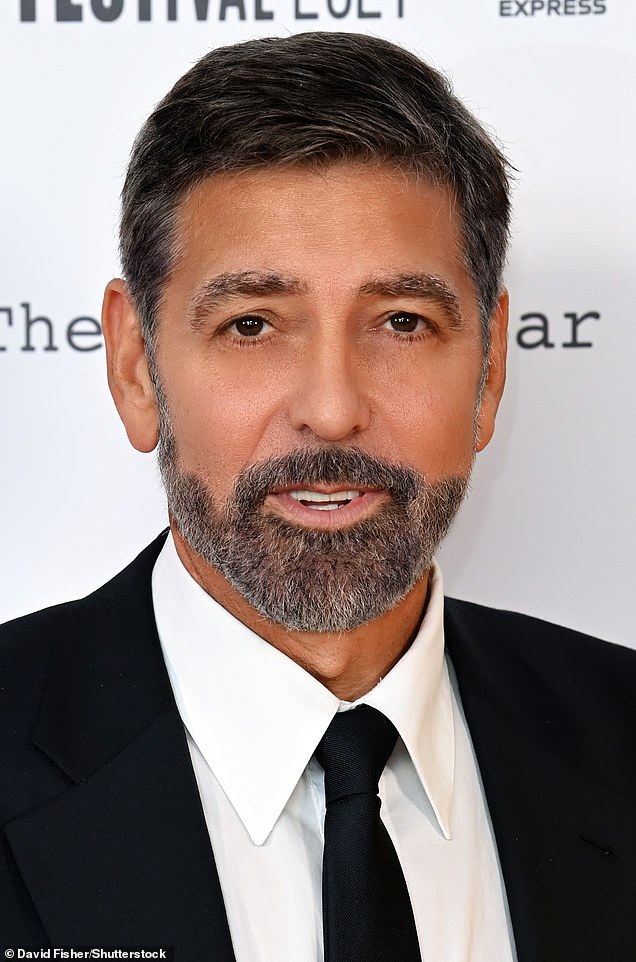 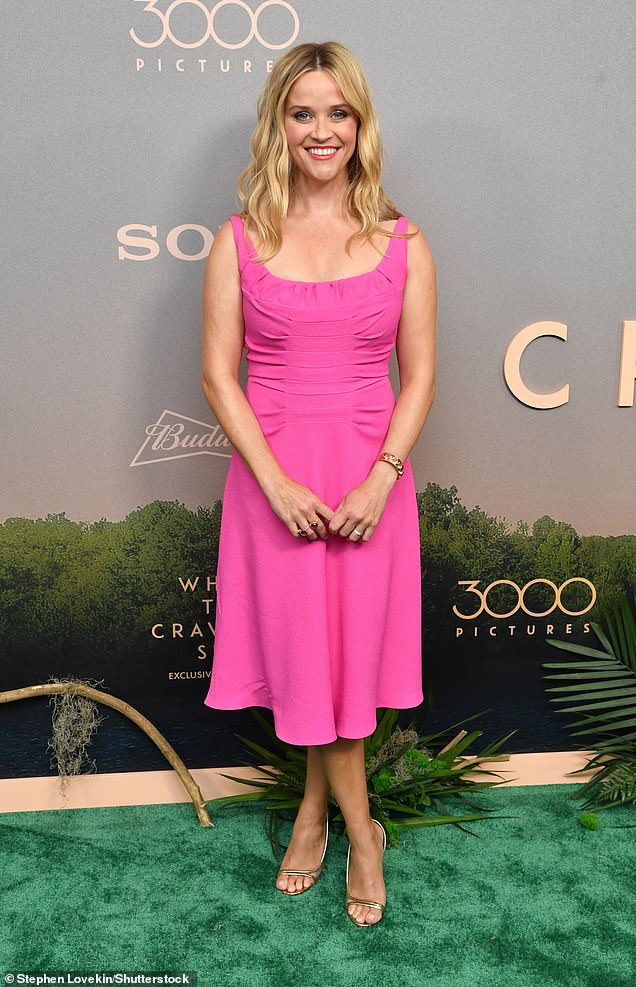 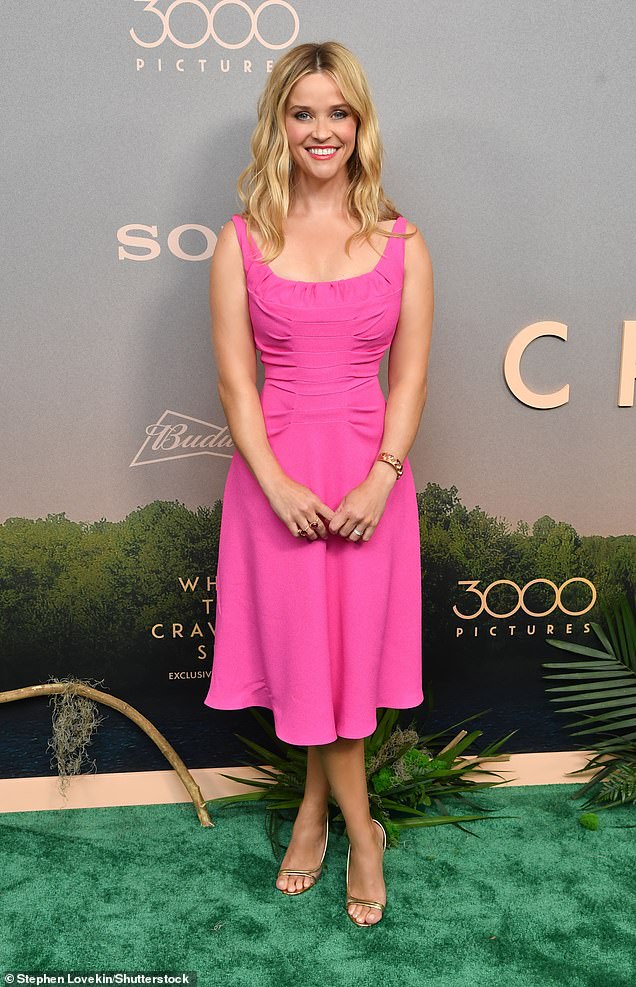 According to a recent survey of 2,069 respondents by Uvence:

Will the ‘Photoshop Law’ work?

While the MPs backing the proposal believe that labelling Photoshopped images will make them easier to spot, not everyone agrees.

Speaking to MailOnline, Dr Sophie Nightingale, a psychology lecturer at Lancaster University, explained: ‘Although positive to see legislative movements to challenge the permeation of unrealistic standards of physical beauty, it is crucial to make such laws in line with scientific evidence.

‘Warning labels and videos have little effect on detection of manipulations.

‘In some cases, they make the situation worse by increasing negative thoughts, perhaps by drawing extra visual attention to commonly edited areas of a person’s body like waist and chest.’

Speaking exclusively to MailOnline, Dr Robert Nash, a psychologist from Aston University, added: ‘When people see the doctored photo with a disclaimer attached, in the moment they might realise the photo is misleading and would resist being misled by it.

‘But after a few days or more, they might continue to remember the photo but forget that it was fake.

‘As a result, they might begin to believe it after a while even though the disclaimer had initially prevented them from believing it.’

How many edited images of ourselves and others do we look at?

Over 300 million photos are uploaded online every day to be scrolled through on social media, and there is a high likelihood that many of these have been tweaked.

One study, published last year in Clinical, Cosmetic and Investigational Dermatology, found that 25 per cent of social media users edit more than 40 per cent of the total photos they post online.

Ninety per cent of young women who participated in a separate City University London study said they used a filter or edited their photos before sharing them.

The participants made alterations that smoothed their skin, reshaped their jaw, whitened their teeth or made them look slimmer.

This is exacerbated by the accessibility of low-cost, or even free, photo and video editing applications like FaceApp, Facetune and TikTok. 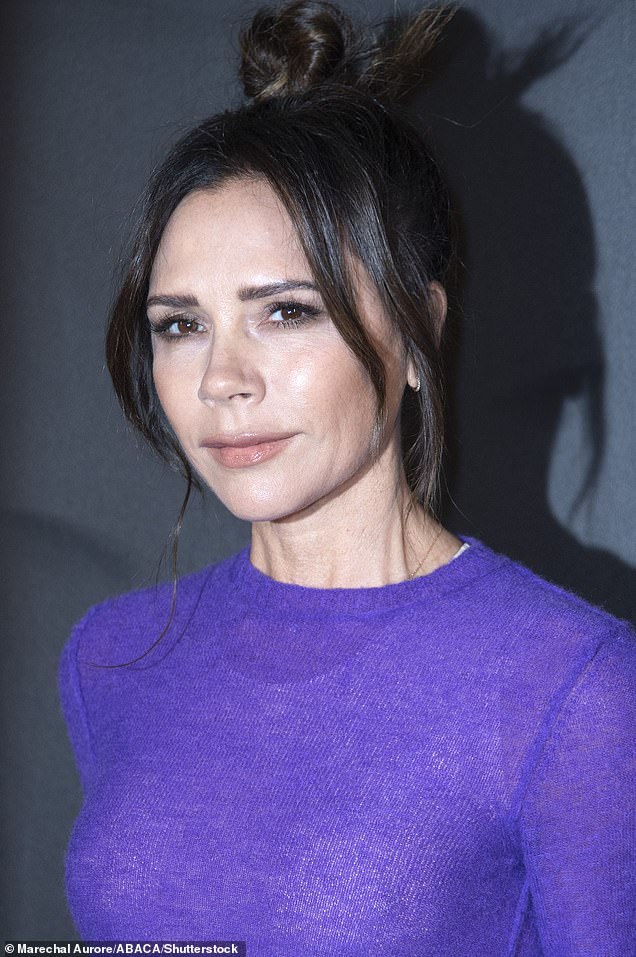 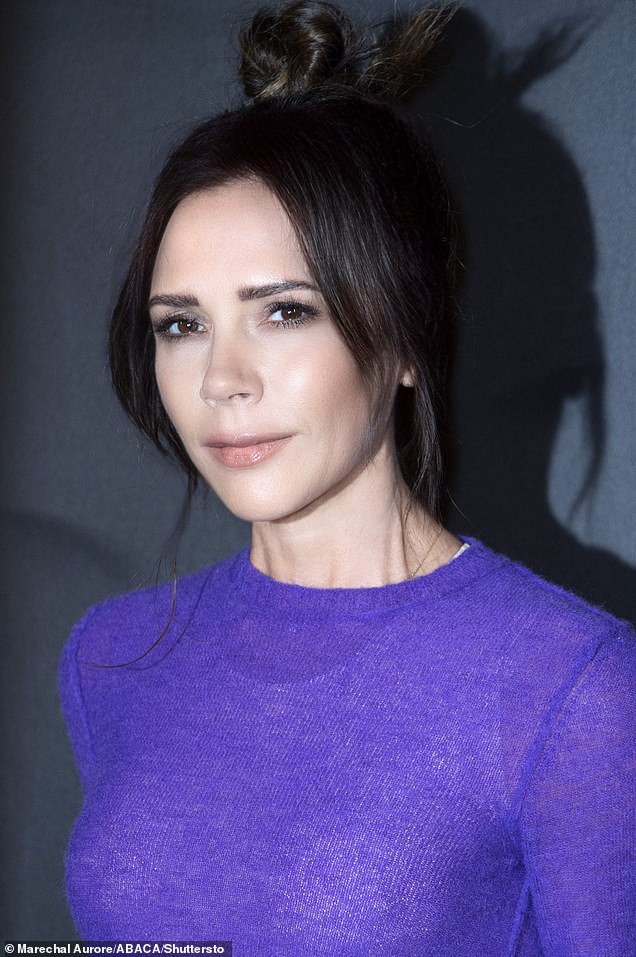 Being exposed to a huge influx of images with subtle alterations intended to look natural can make it difficult for social media users to know what is real and what isn’t.

Dr Nightingale conducted studies in 2017 and 2022 to see how well we can tell the difference.

She said:  ‘People perform close to chance at distinguishing between real and manipulated images and in our study although performance varied by manipulation type.

‘On average people’s accuracy was lowest for airbrushing manipulations.

‘We also found that people tended to be overconfident in their decisions about whether an image was real or fake.’

Furthermore, developments in artificial intelligence software have led to the generation of highly realistic media, like deepfake videos.

Dr Nightingale’s team found these advances are increasing the difficulty of determining the real from the fake.

What effect does looking at edited images have on our brains?

According to Dr Nightingale, when we see something we deem ‘unusual’ for the first time, a strong emotional and physiological response is triggered.

But as we are continually exposed to this incidence, we notice it less and less, and its impact is reduced.

‘One suggestion for this is desensitisation,’ the psychologist said.

‘The plasticity of the human brain allows us to continue to learn throughout life as neural pathways are more or less frequently activated.’

The same desensitisation could occur as we view edited images on social media.

Dr Nightingale added: ‘In the case of seeing manipulated images of ourselves and others, it’s feasible that the more we see them the more “normal” these edited appearances become.

‘On social media platforms, people are continually exposed to portrayals of the “ideal appearance”- for example impossibly thin, athletic, wrinkle – and blemish-free people.

‘As such, we come to expect people to look a certain way, a way that much of the time is physically impossible. These expectations can become internalised, influencing perceptions of self even when offline.

‘Ultimately, then, people are judging themselves against something that is not real, against a digitally created ideal.’

This discrepancy between expectation and reality can have a negative impact on body image, and lead to psychological problems like depression and anxiety or even eating disorders. 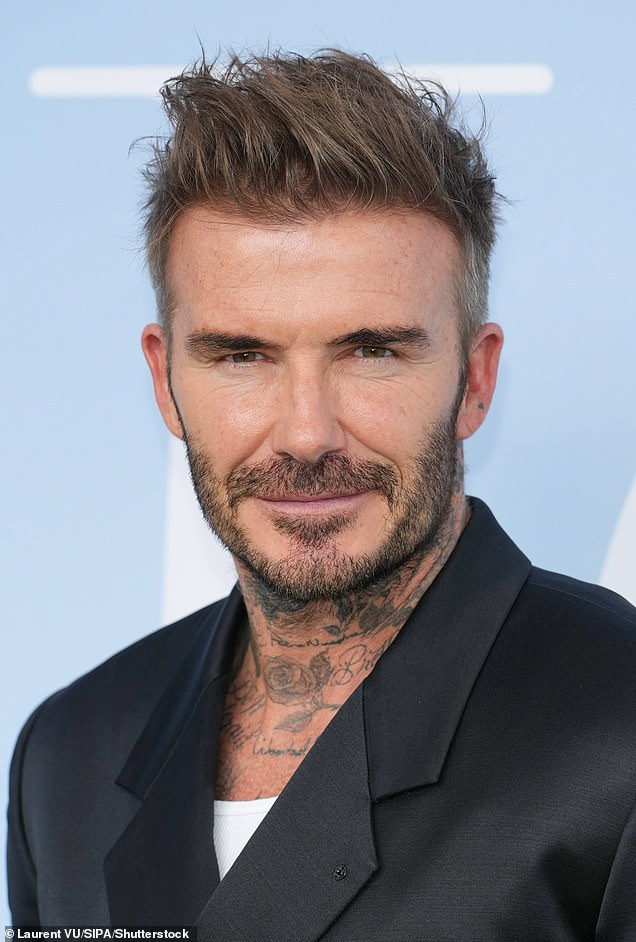 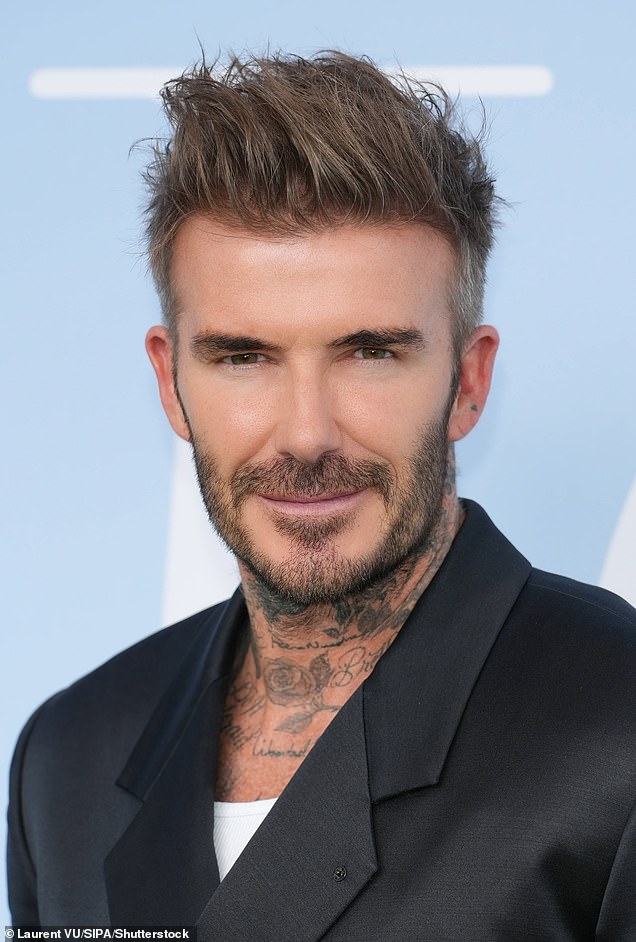 According to Dr Nightingale, when we see something we deem ‘unusual’ for the first time, a strong emotional and physiological response is triggered. But as we are continually exposed to this incidence, we notice it less and less, and its impact is reduced. The same desensitisation could occur as we view edited images on social media. Left: An unedited image of David Beckham. Right: An image of David Beckham edited by Stephen Davies

How can edited photos alter our memories?

Studies have shown that being exposed to doctored images can change what we remember of the past.

This includes childhood memories and political events, and they can even cause us to accuse others of something they didn’t do.

‘When we try to remember something, it’s not as simple as picking a book off the shelf, finding a link to a YouTube video,’ said psychologist Professor Maryanne Garry.

‘Instead, remembering is more like a process of construction and reconstruction, in which we piece together information and call it a memory.

‘First, your brain brings to mind thoughts, images, and feelings about an event, and second, your brain decides how real this information is.’

While this process is usually effortless, sometimes we do decide that things we learned elsewhere or dreamt really happened if they ‘feel’ like they did. 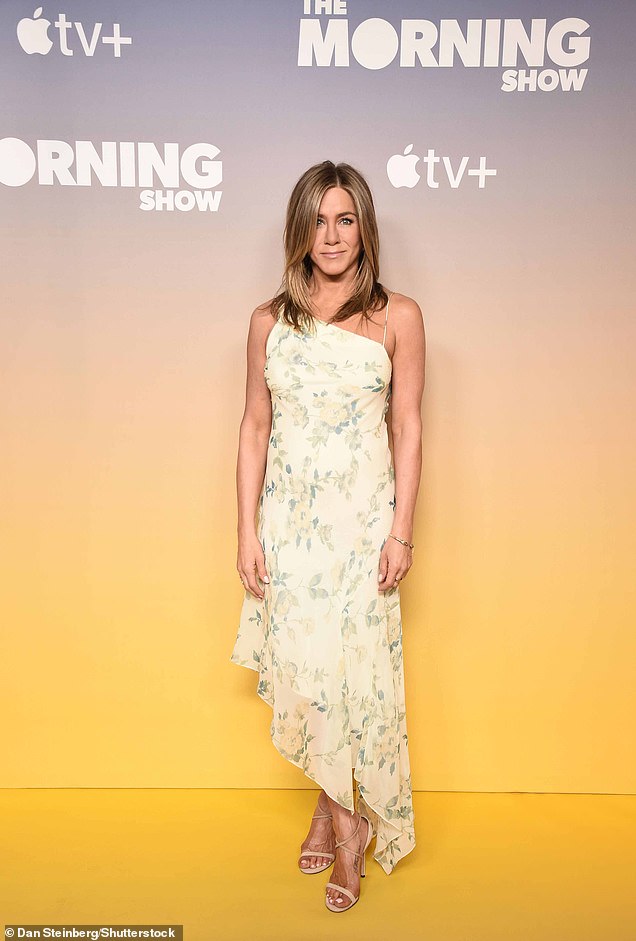 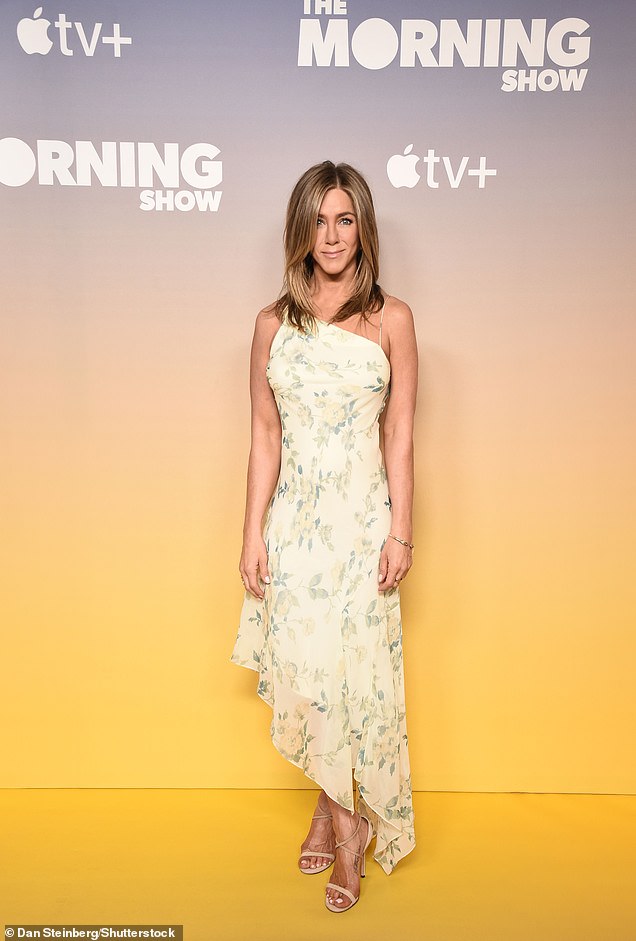 Taking photos on our smartphones is causing us to lose our most precious memories, scientists say.

We’re often so distracted by taking pictures that we can’t remember what we saw, forgetting the very thing we wanted to capture.

Using a smartphone takes us away from the moment, shifts our memory and ultimately changes the way we recall what has happened in our own lives, researchers say.

Professor Garry, from the University of Waikato in New Zealand, said: ‘That’s how we wind up with memory distortions, or even false memories.

‘One way to make this decision-making process go wrong is by showing people photographs of things they’ve never done, with people who are never really there, or even public events that never really happened.

Even taking a photo itself has been proven to impair our memory of the event, as we are too focused on getting the right shot and are taken out the moment.

As a result of our flawed memory-keeping process and increasing bombardment with edited imagery, some psychologists believe we could lose our perception of what we look like.

‘It’s possible, but probably only in quite specific circumstances and so I’d hesitate to suggest that this is a large risk,’ said Dr Nash.

‘Doctored images, by definition, include visual imagery, and this imagery makes it easier for us to mentally picture things that might not be accurate.

‘We’re more likely to mistakenly remember false things as true when we can imagine them vividly. 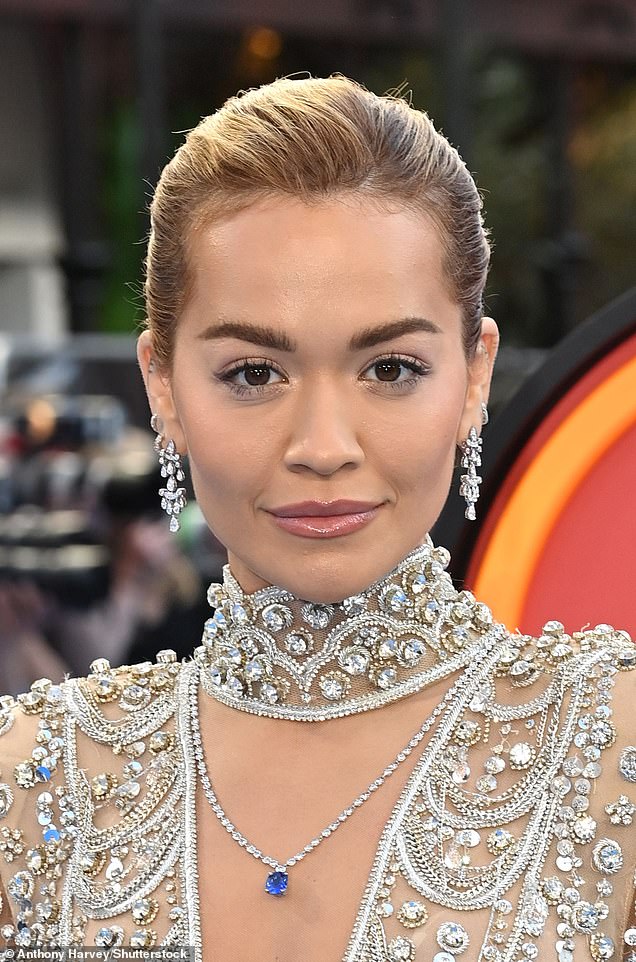 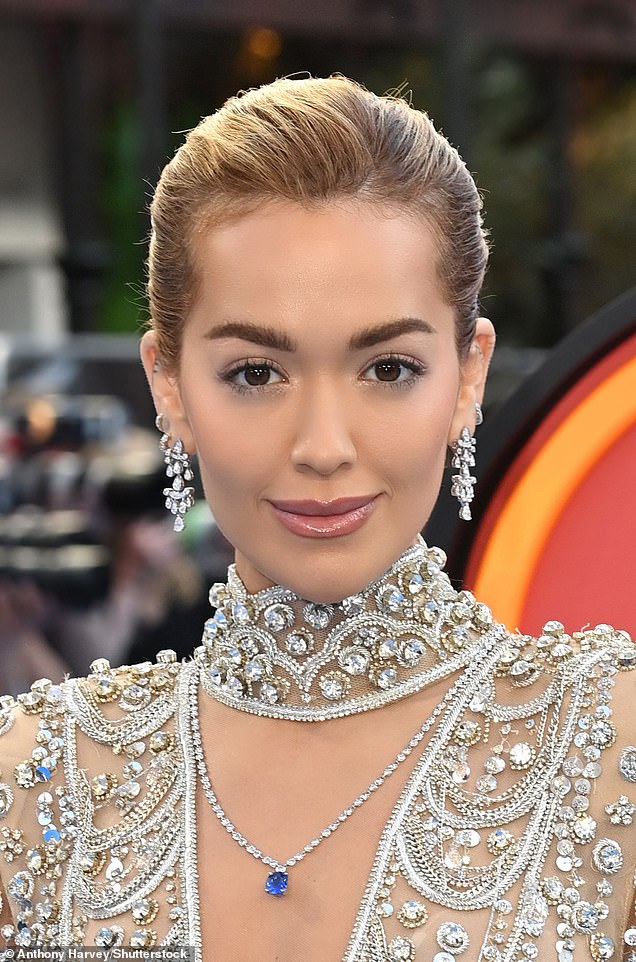 Dr Nash doubts the efficacy of any mandatory labelling system for edited images, as we probably won’t remember the presence of the disclaimer after viewing an image. Left: An unedited image of Rita Ora. Right: An image of Rita Ora edited by Stephen Davies

HOW DO EDITED IMAGES ALTER OUR MEMORIES?

When we remember something, our brain brings to mind thoughts, images and feelings of the event.

Then it evaluates whether the memory really happened, you just learned about it somewhere or it has been completely fabricated.

Professor Maryanne Garry, from the University of Waikato in New Zealand, said: ‘Your brain can do [this] pretty reliably, because things that really happened usually feel different from things we just imagine, or dream, or read about.

‘What you eventually decide is your memory is the result of this bunch of decisions.’

However the process is not perfect; sometimes we do decide that things we learned elsewhere or dreamt really happened if they ‘feel’ like they did.

Professor Garry said: ‘That’s how we wind up with memory distortions, or even false memories.

‘One way to make this decision-making process go wrong is by showing people photographs of things they’ve never done, with people who are never really there, or even public events that never really happened.

‘So by handing this vivid imagery to us on a plate, doctored photos can increase the likelihood of memory confusions.’

He added: ‘When we see doctored images, the false ideas and images they contain can come to feel very familiar to us.

‘For example, if I’ve seen a photo of a celebrity that’s been doctored to make them appear stick-thin, then the idea that they are very thin may feel familiar to me if I’m ever prompted in future to think about or question that celebrity’s appearance.

‘We tend to believe things that feel familiar, especially because we’re pretty bad at remembering why they feel familiar.’

Thankfully Dr Nash says we are unlikely to completely lose our grip on the reality of what we and other people look like, as we still have many real-world reminders.

Dr Nash said: ‘For example, if I see a doctored photo of a celebrity, then it’s highly likely that before and afterwards I’ll also see plenty of other, undoctored, photos of that same celebrity, which will reduce the impact of the single misleading photo.

‘If the celebrity or person is already well-known to me, then I probably already have a well-established mental image of that person, such that a single doctored photo won’t have as much impact on my visual imagery.

‘So I think the likelihood of misremembering a person’s appearance would be much less likely in scenarios where the person is already highly familiar and/or where exposure to other images of that person is more common, such as with a celebrity.

‘But if I met a new person on one occasion or a handful of occasions, and then you showed me a doctored photo that falsely suggested the person had a big scar on their cheek, or suchlike, then there’s definitely a possibility the scar could filter its way into my original memories of my interactions with the person.’