David Beckham, 47, and wife Victoria, 48, had headed to the  Rocky Mountains for an outdoorsy break when the teasing began. Victoria had whipped out her phone to create some footage of the pair’s strenuous exercise during the “super tough” hike.

Hope you’re not putting that dodgy accent on!

“We’re here in Aspen on a pretty major hike, but look at the views!” she exclaimed.

“Hope you’re not putting that dodgy accent on!” a topless David could be heard joking in the background.

Puzzled Victoria hit back: “This is just how I talk”, only for her husband to then repost the footage of an out-of-breath Victoria with the caption: “Why the heavy breathing?”

Victoria, formerly known as Posh Spice, also attracted fans’ attention when she published a makeup tutorial earlier that week in an accent that didn’t sound like her own. 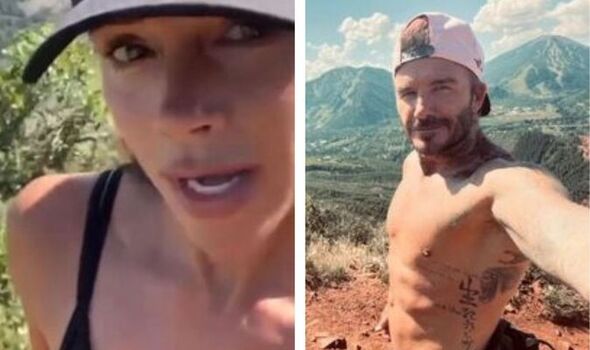 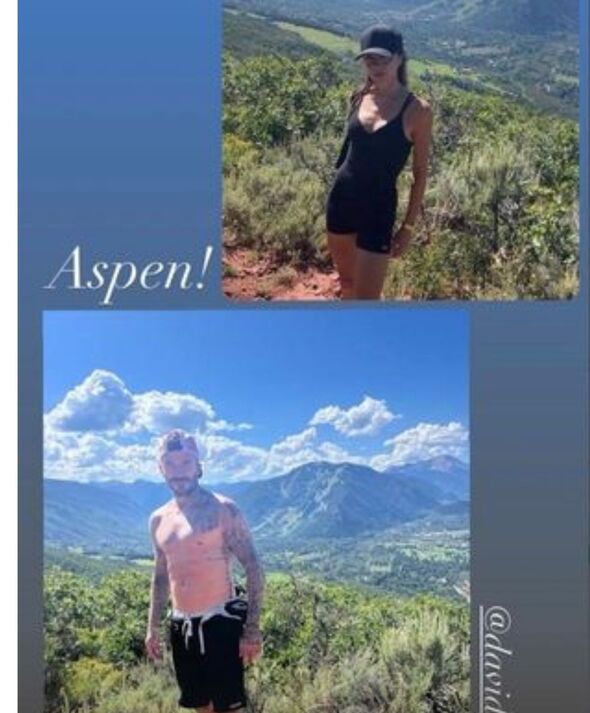 She was born in Harlow, Essex, before being raised in Hertfordshire, but followers quickly pointed out that in her Spice Girls days, she had quite a different twang.

“I never remember her being that posh whilst in Spice Girls,” one joked.

Unearthed promo footage from her time in the band in the 1990s reveals that she once spoke with an Essex or East London accent.

Yet as she modelled her “signature smoky eye look”, created using her own Victoria Beckham branded eyeliner, she sounded substantially different. 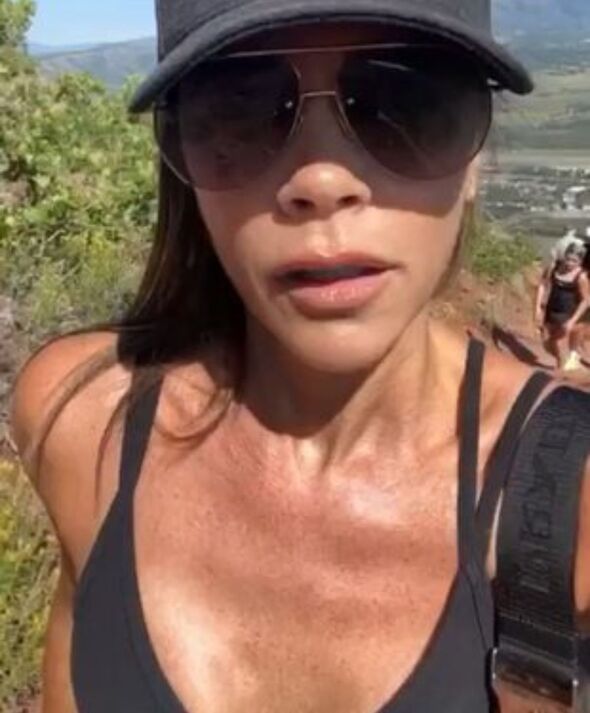 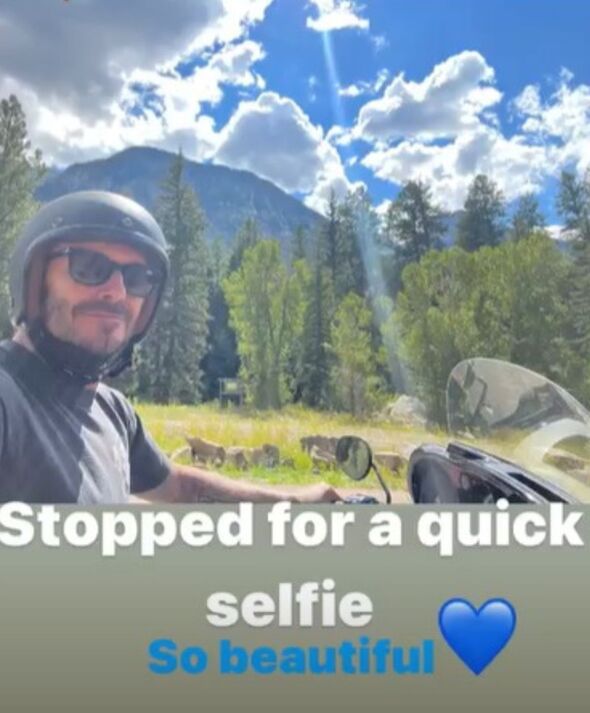 Meanwhile the hike isn’t the only footage from their holidays that the Beckhams plan to publish imminently.

David teased that Victoria had taken a ride on a Harley Davidson motorbike with him for the first time ever, and that video material would be posted soon.

He also shared the menu of a BBQ joint where he was refuelling with family members, Victoria and daughter Harper included, after the intensive calorie-burning walk.

Aspen is the latest in a series of destinations enjoyed by Victoria and David this summer.

They also took a luxurious train ride to Venice, where David and daughter Harper, 11, had quality time riding a gondola down the canals.

Plus the family have been sighted catching the latest soccer action in Miami, and beach hopping in Hvar, Croatia.

However Victoria is now focused on her fitness in Aspen.

“Super tough hike this morning,” she wrote, adding: “You can’t beat a ‘high altitude work out!!'”

Her eldest son Brooklyn, 23, has been absent from the family holidays as he has been in the US with wife Nicola Peltz following their Florida wedding at her billionaire father’s mansion.

Meanwhile, though Victoria is looking trim, she has announced plans for a range that includes curvaceous figures too.

She has claimed that figures like hers are no longer “in vogue”.

“Every woman wants a nice, round, curvy bottom, right?” she quizzed in an interview with Grazia magazine.

She added: “It’s an old-fashioned attitude, wanting to be really thin.”