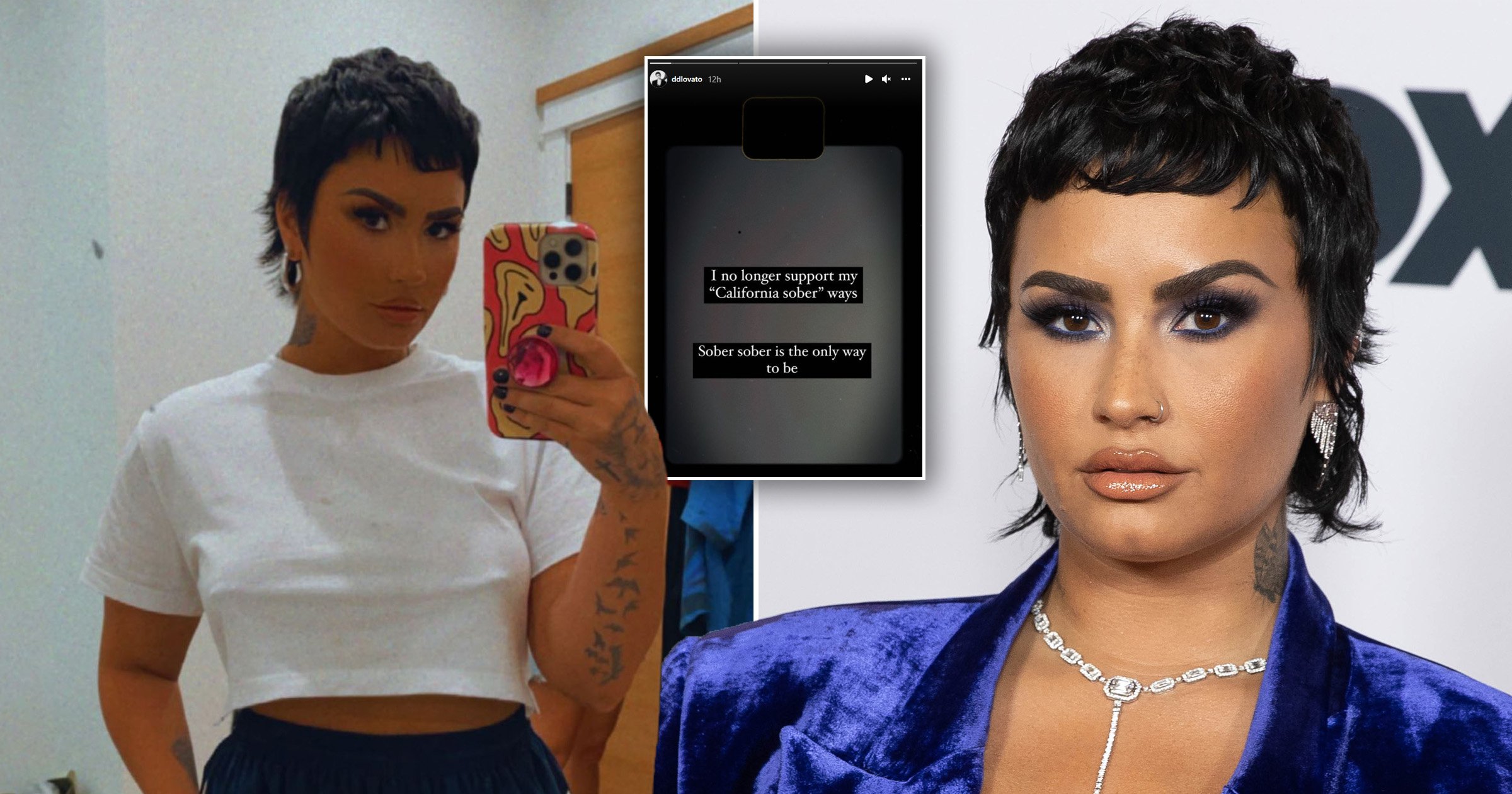 Demi Lovato has told fans they are going to be ‘sober sober’ three years after a near-fatal overdose.

The singer, 29, had previously taken a ‘California sober’ approach to recovery, drinking and smoking marijuana in moderation, but has said that they will now be quitting everything.

Demi took to her Instagram story to tell their followers: ‘I no longer support my “California sober” ways. Sober sober is the only way to be.’

It comes after Demi almost died following an accidental overdose in 2018 when they took heroin laced with fentanyl, a potent opioid responsible for many accidental deaths.

Demi was found ‘minutes from death’ by their assistant and the overdose caused them to have a heart attack and three strokes while in hospital, and Demi is now left legally blind and with brain damage.

The Confident star admitted in their YouTube documentary Dancing With The Devil that they still ‘smoke weed and drink’ in moderation but do not touch anything else.

Demi said at the time: ‘I’ve learned that shutting the door on things makes me want to open the door even more.

‘I’ve learned that it doesn’t work for me to say, “I’m never going to do this again. I’ve really struggled with this.

‘I know I’m done with the stuff that’s going to kill me. But I wish that I could get some relief, maybe through weed or something. And telling myself that I can never have a drink or smoke marijuana, I feel like that’s setting myself up for failure, because I am such a black and white thinker.

‘I had had it drilled into my head for so many years that one drink was equivalent to a crack pipe. I’ve been hesitant to share until now that I’ve been smoking weed and drinking in moderation.’

Demi has now vowed to go completely sober, previously adding: ‘Recovery isn’t a one-size-fits-all solution. And you shouldn’t be forced to get sober if you’re not ready. You shouldn’t get sober for other people. You have to do it for yourself.’