‘Did I hear that right?’ Steph McGovern’s friends and fans go ‘wild’ amid Archers plotline 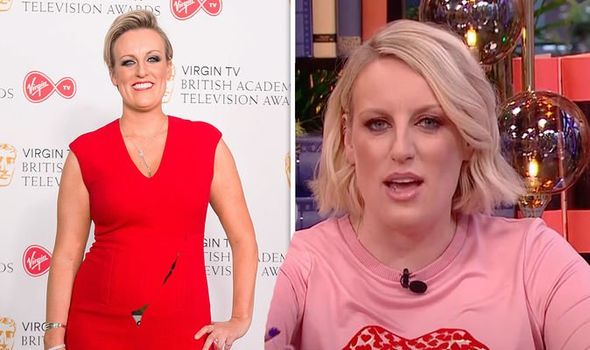 Steph McGovern was named the “celebrity guest” to open the Ambridge Fete in The Archers, which took her by surprise. The presenter was described as a star who was “popular on daytime television”.

The 38-year-old took to Twitter to share messages she had received from friends and fans about her unexpected debut.

Alongside pictures of posts she had received, she wrote: “Phone been going a bit wild since The Archers was on @BBCRadio4 last night.(sic)

“A surprise to me too! #loveafete.”

One fan commented: “Did I just hear that right – celebrity guest at the Ambridge fete?”

Another wrote: “Me old mucker @StephLunch certainly on the big table now.

“Doesn’t get any bigger than opening the Ambridge fete. #TheArchers.”

Steph also shared the moment she found out she had been mentioned on the popular radio soap.

The mother-of-one responded to a friend asking them for the context, as she expressed her surprise.

After being told what it was about, she replied: “Hilarious, I love that.”

Another wrote: “Better than opening ‘a do’ at the Bongo club.”

She replied: “You say that Dawn… but I won’t say no to that either.”

The presenter is currently away from her television duties for a summer break.

During her time off, she has been filming for other projects.

Steph gave fans an insight into her trips to Glasgow and Northern Ireland on social media.

In her most recent post shared today, she revealed she was laughed at as she attempted to fit into a seat on a tea cup ride.

The presenter was seen squeezed into the tea cup with a child during a trip to Ballycastle.

In view of her 42,000 Instagram followers, she wrote: “I didn’t let that stop me though. Oh no. After wedging myself in we were off… hooray I thought.

“This is a proper holiday now!

“Then after two spins…… [sick emoji] I was instantly taken back to my teenage years when I threw up on the Waltzer after drinking too much cider and doing too many spins.