Girl, 10, is ‘guillotined’ in the leg and left needing 12 stitches after hurtling down a zip wire… and into park health and safety sign

A schoolgirl was left needing 12 stitches in her leg after zip lining into a metal health and safety sign.

Ten-year-old Skylah Williams hurt herself at play park in Stithians, Cornwall, this weekend.

The young girl, who is from Perranporth, had been visiting the area with her family when the nightmare unfolded.

Skylah hurtled down the zip wire and into the warning sign advising that children under 11 should not use the equipment without parental supervision. 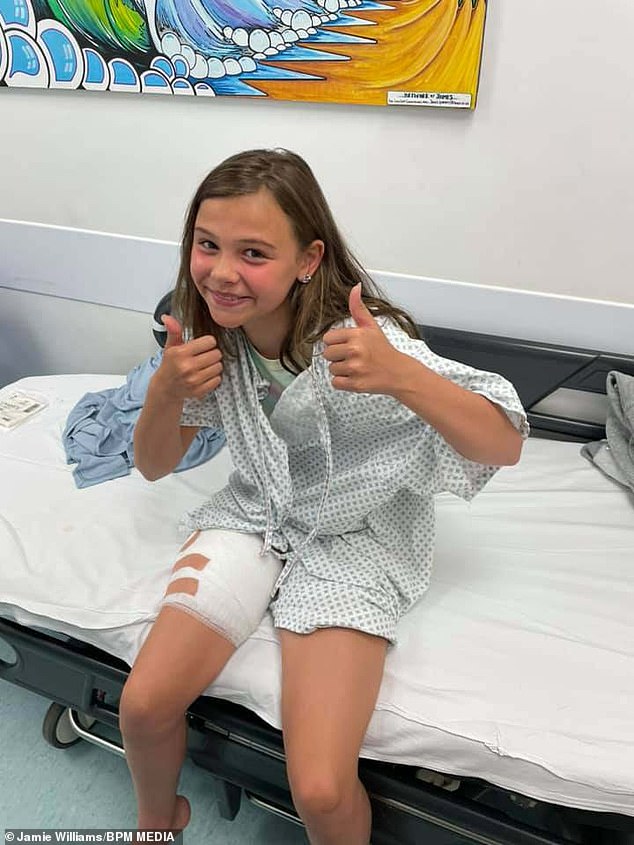 Skylah Williams, ten, hurt herself going down the zipline in a Cornish park over the weekend 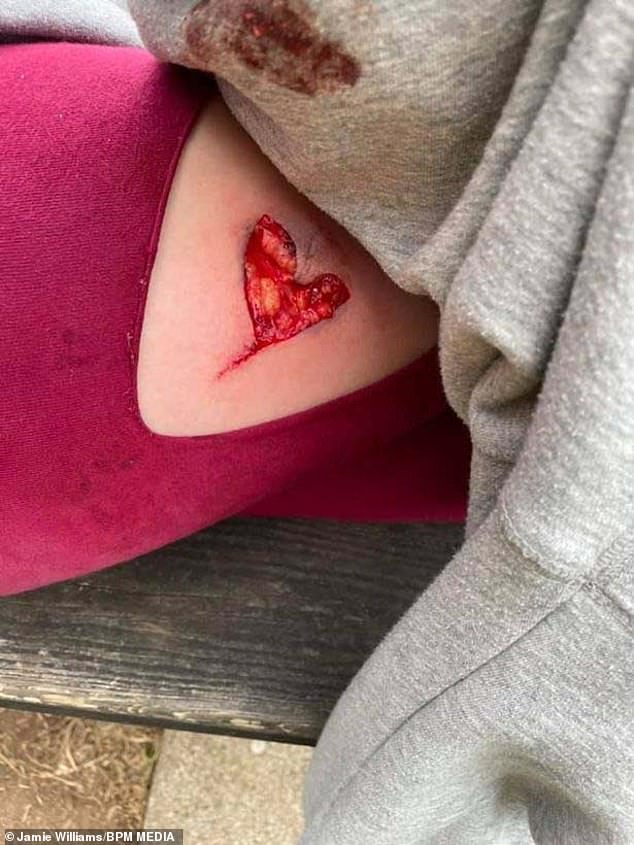 It sliced into her thigh and resulted in her father Jamie rushing her to hospital on Sunday evening.

Mr Williams, who wants to warn of the dangers and hopefully prevent a similar injury to another child, revealed the accident.

He said: ‘We live in Perranporth but went to Stithians as it is a nice park aside from what happened.

‘All the kids were playing nicely and my daughter went down the zip line. 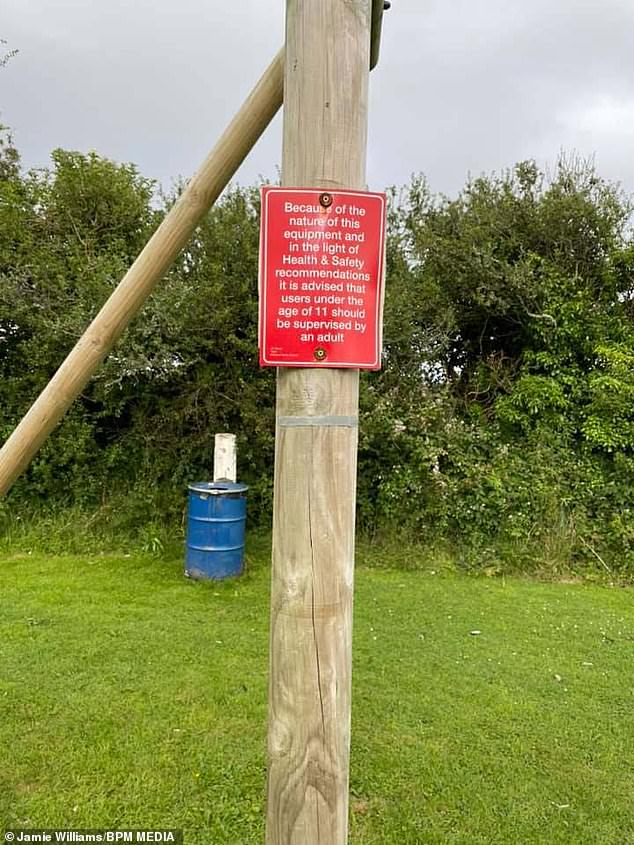 ‘The sign is in the wrong place, Skylah hit it and went over. The sign guillotined her leg.

‘It was a big wound for a little girl. She is all stitched up now but needed 12 stitches and is on antibiotics. It was a very deep cut.

‘She’s a resilient girl but this was a big deal for her. It shook her right up and she let out a big scream.

‘After it happened we spoke to other people in the park and they said it’s not the first time it’s happened on the zip wire.

‘They need to replace the sign or move it to a more appropriate place.’

Stithians Parish Council, the body responsible for the park, has been approached for comment by MailOnline.

The sign reads: ‘Because of the nature of this equipment and in the light of Health & Safety recommendations it is advised that users under the age of 11 should be supervised by an adult’.