EMILY PRESCOTT: Vogue Williams says David Beckham should donate to an LGBTQ charity for overlooking Qatar’s anti-gay laws to earn £10m promoting the World Cup – as she reveals that she refused invite because her sister is a lesbian

David Beckham may have been willing to overlook Qatar’s anti-gay laws when he collected £10 million to promote the World Cup, but model Vogue Williams refused to be seduced by the Gulf nation’s cash – because her sister Amber is a lesbian.

‘They invited me over to the World Cup to do influencing stuff. I said no,’ said the 37-year-old.

Vogue, who is married to Spencer Matthews, Pippa Middleton’s brother-in-law, says she thinks Beckham should now give a portion of his money every year to an LGBTQ charity.

‘He could save a little bit of face,’ she says. 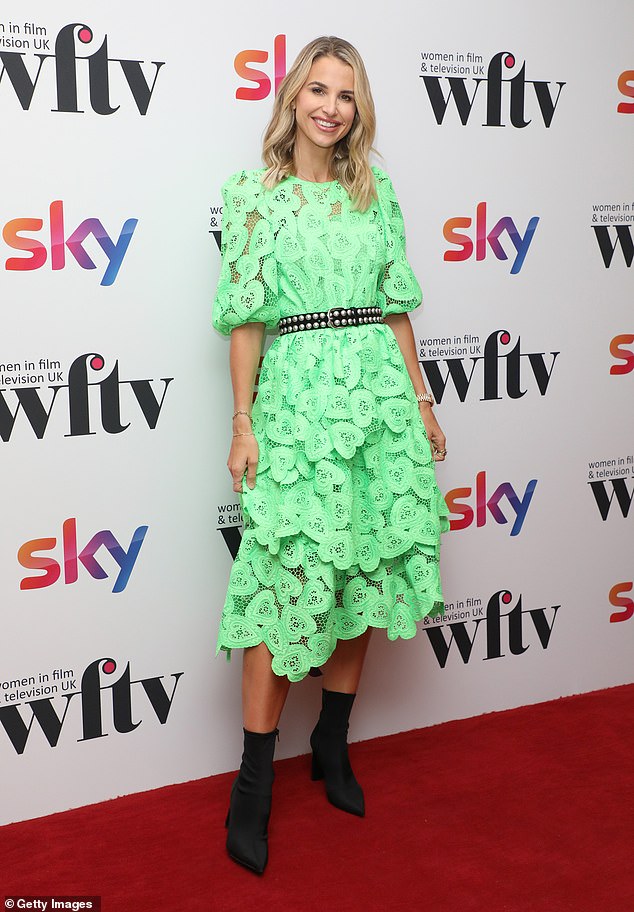 Model Vogue Williams (pictured), 37, refused to be seduced by anti-gay nation Qatar’s cash – because her sister Amber is a lesbian 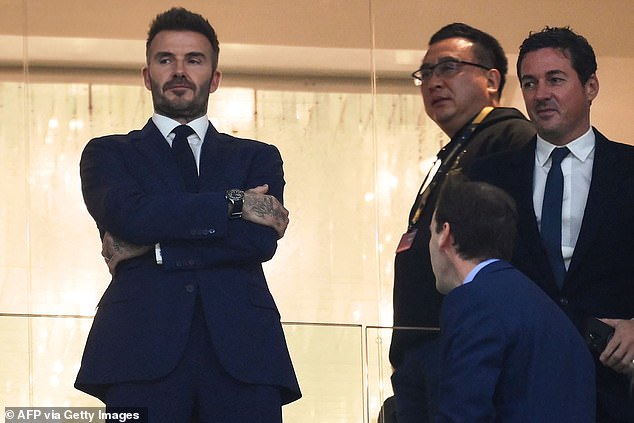 Pop star Dua Lipa may claim that her roast potatoes are exceptional, but any praise for her spuds should really go to celebrity chef Jamie Oliver.

In her online newsletter, Service95, 27-year-old Dua proclaims her roasties the ‘most delicious’ festive staple in the Lipa household.

However, I quickly spotted that much of Dua’s recipe seems remarkably similar to Jamie’s – though the singer has added her own touch of flair with a liberal dousing of herbs. 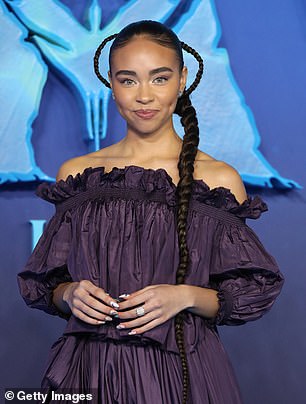 Bailey Bass, 19, at the Avatar 2 premiere

The 19-year-old has revealed that she and the Titanic star swapped mobile numbers soon after meeting on set so that they could organise yoga classes together.

Winslet, 47, plays Bass’s mum in the film and the pair saw it as a way to bond.

James Cameron’s second instalment of the sci-fi epic is due in cinemas this week and I’m told that the award-winning director is judging its success not on reviews but on how many audience members are brought to tears.

Princess Eugenie is one Royal definitely on-side with the Sussexes, so I hope she doesn’t ask her chum Sabine Getty for her verdict on their Netflix series – because it’s scornful.

Socialite and jewellery designer Sabine, 38, describes the shows as ‘self-serving’ and calls the couple ‘hypocrites’.

Three episodes were released on Thursday, but Tatler contributor Sabine says she was so bored by the second one that she turned off and decorated her Christmas tree instead…

Joshua Bassett Comes Out – And Social Media Does Not Approve!