Sex offender at large after escape from regional Victorian prison

Police say a registered sex offender has escaped from a regional prison in central Victoria, in the latest event of an inmate fleeing the facility.

Andrew Darling, 52, escaped from the Hopkins Correctional Centre on Warrak Road in Ararat, about two and a half hours west of Melbourne, just after 2am on Sunday. He had been held in post-sentence custody at the facility. 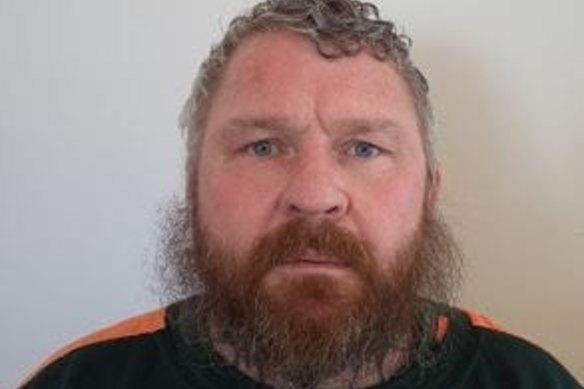 Andrew Darling has escaped from the Hopkins Correctional Centre in regional Victoria.Credit:Victoria Police

Police say Darling has strong connections to the Ballarat area and has been known to go “off-grid” in bushland for days at a time.

In 2014, another man named Andrew Darling, who was then 42, escaped from the Hopkins Correctional Centre at about 2.30am on a Sunday.

Both men have been described as having the same height and colour eyes. Police would not confirm if it was the same man.

The escapee in 2014 was released on parole from Port Phillip Prison in 2009 after serving a nine-year sentence for the rape of a 13-year-old girl. He was arrested in Queensland in 2009 after leaving Victoria while on parole. 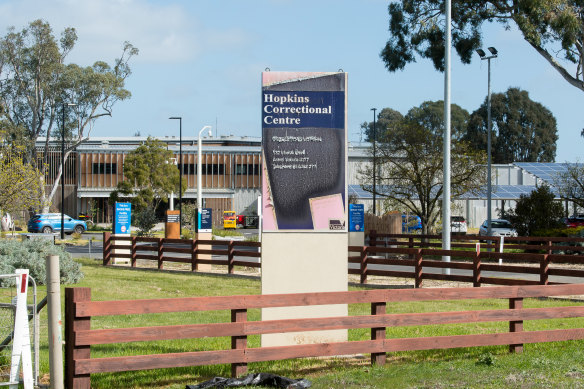 Police describe the latest escapee as Caucasian, about 175cm tall with a solid build and tattoos on his arms, legs and back.

He has short grey hair and has been known to have a long red and grey beard, but may have since shaved.

Several other inmates have escaped the Hopkins Correctional Centre over the years.

Separately, investigators are attempting to track down another sex offender, 46-year-old Sean Dertilis, who failed to comply with reporting obligations and is now at large.

Police believe Dertilis may be in Melbourne’s CBD, but he also frequents Carlton, Brunswick, Fitzroy, Princes Hill and Geelong.

Dertilis failed to report to authorities by November 30.

Darling has been known to be violent and members of the public are advised not to approach him and to contact police via triple-zero immediately.