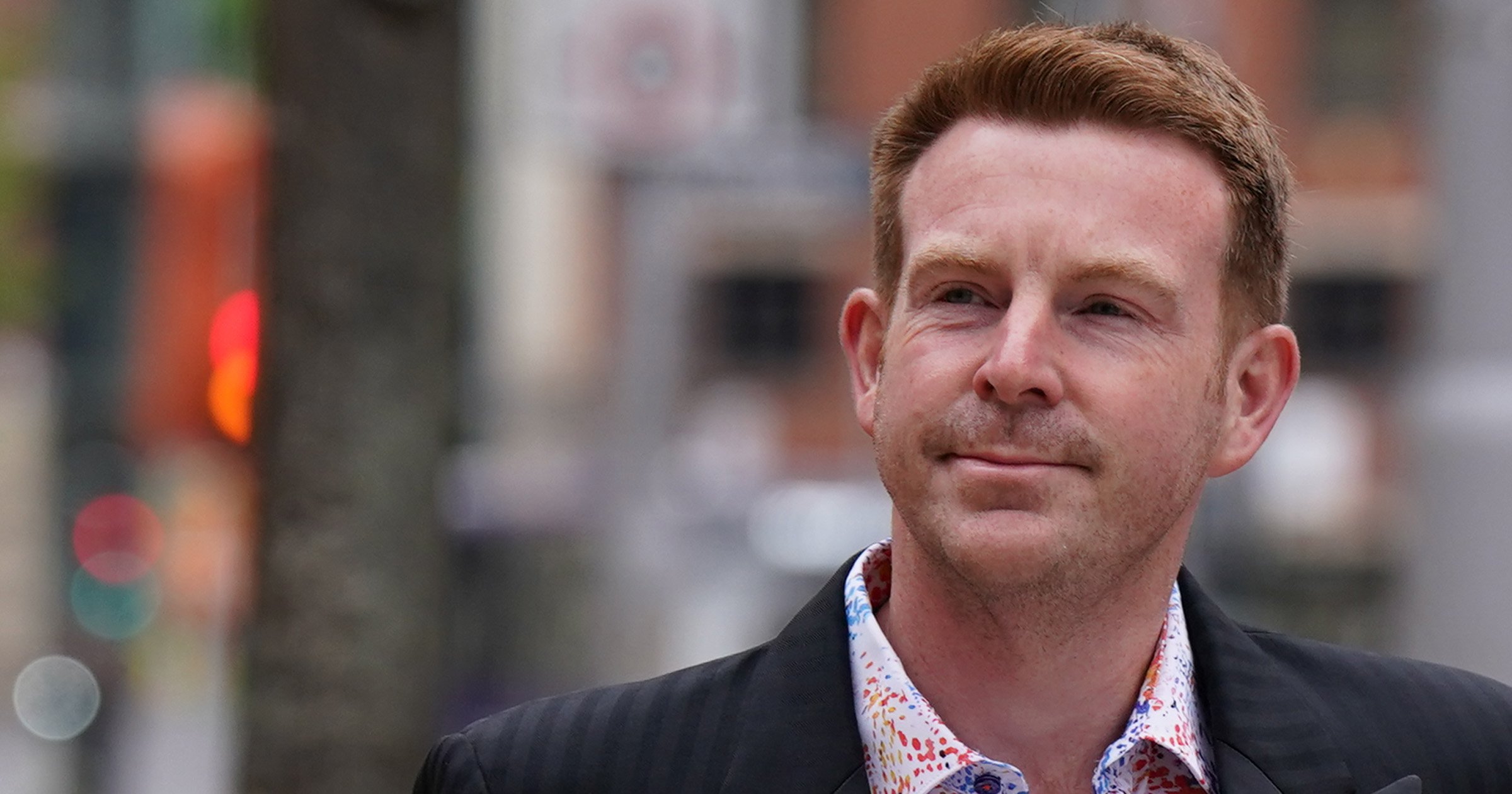 A former BBC local radio DJ has been jailed for five years and 26 weeks after being convicted of four stalking charges against broadcasters including Jeremy Vine.

Alex Belfield, 42, was found guilty after a trial at Nottingham Crown Court last month of waging a relentless stalking campaign – during which it’s said he ‘weaponised the internet’ against broadcasters, with Vine subjected to an ‘avalanche of hatred’.

TV and radio host Vine labelled Belfield ‘the Jimmy Savile of trolling’ during a trial, which heard he repeatedly posted or sent abusive messages, videos and emails.

Describing watching Belfield’s video output as like swimming in sewage, Vine said in court of the defendant’s conduct: ‘It felt like I had a fish hook in my face and my flesh was being torn, and the only way to avoid further pain was to stay completely still.’

Jurors convicted Belfield, of Mapperley, Nottingham, of four charges committed between 2012 and 2021.

Sentencing Belfield, who sat taking notes in the court dock, Mr Justice Saini told him: ‘Your offences are so serious, only a custodial sentence can be justified.’

He added a pre-sentence report showed while Belfield ‘fully acknowledges the distress to victims’ it also ‘highlights you still appear to focus on the impact on you and feel in certain respects you’ve been unfairly treated’.

The judge told Belfield that while not ‘traditional stalking’, his ‘methods were just as effective a way of intimidating victims and in many ways much harder to deal with’.

He added there was ‘no escape’ for Belfield’s victims, until bail conditions were imposed ahead of his trial, and he agreed with Vine’s characterisation that the ex-DJ had ‘weaponised the internet’ against those he targeted.

He also ordered indefinite restraining orders be made against Belfield, in favour of his victims and four other individuals.