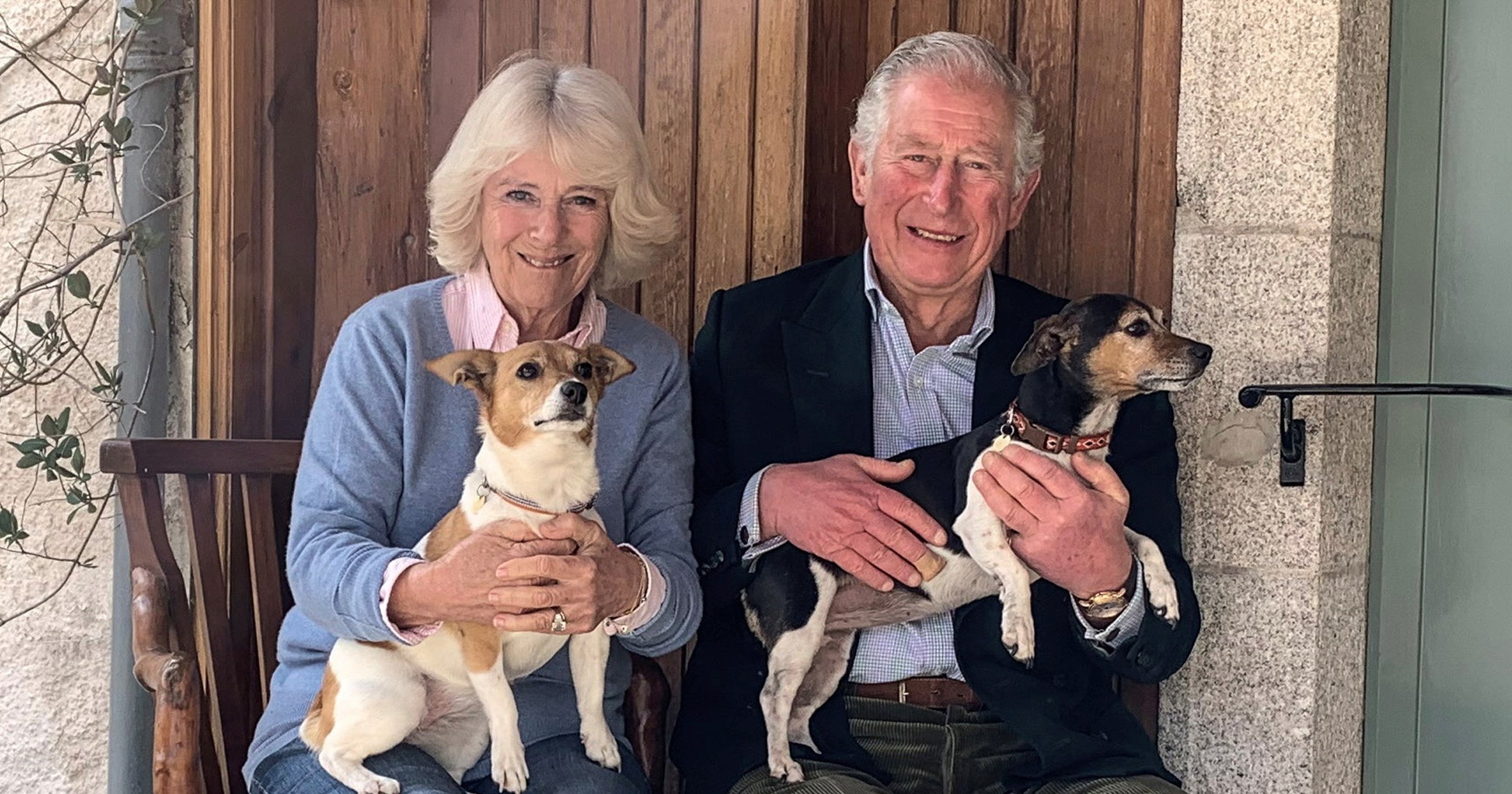 The Queen was rarely seen without her beloved corgis by her side, but as King Charles III moves into Buckingham Palace, there might be a new top dog in town.

Charles and Queen Consort Camilla are the proud parents of two Jack Russell terriers, Bluebell and Beth, who they rehomed from Battersea Dogs and Cats Home in 2017.

They’ll be the first ever rescue dogs to take up residence in the palace.

The Queen’s corgis famously had their own room in the palace, complete with a wooden door with a gold handle and a polished floor.

And it’s likely the new royal dogs will love their new big bedroom.

Amy Ockleford, spokesperson for the RSPCA, said: ‘While Jack Russell terriers may be little in stature, they are typically described as having big, cheeky and fun personalities and tend to be very active.’

Prior to his current pair, King Charles owned Jack Russell Tigga, who became a canine celebrity back in 1986 when he took pride of place on Princess Diana’s lap while posing for the family Christmas card.

But the RSPCA wants to warn prospective dog owners that taking on a Jack Russell – or any dog – is a big responsibility.

Amy warns: ‘The popularity of certain types of dogs is often triggered by popular culture – such as public personalities who own them – and we’ve seen an increase in popularity of specific breeds due to new film releases and popularity on social media.

‘We’d urge anyone thinking of taking on a Jack Russell terrier to ensure they can properly care for that animal and, if possible, to consider taking on a rescue dog.’

Head to Metro.co.uk’s Queen Elizabeth II tag page for the latest updates, and sign Metro.co.uk’s book of condolence to Her Majesty here.

Amy says: ‘Jack Russell terriers are a type of dog who sometimes suffer from stereotypes and misconceptions, which may be why they’re the third most likely type to arrive into RSPCA care.’

If you’re looking to give a Jack Russell a home, visit the RSPCA website for more information.