Kim Kardashian just celebrated her 42nd birthday, and was naturally sent approximately one million floral arrangements by various friends and family members. Including a stunning display of roses alongside a 👀 Jasmin candle 👀 . Nothing to see here, right? Wrong! Fans are reportedly convinced these flowers are from Pete Davidson thanks to his nickname for Kim being Jasmine. You know, because of their whole Jasmine and Aladdin SNL skit. Anyway, here’s a look at the flowers: 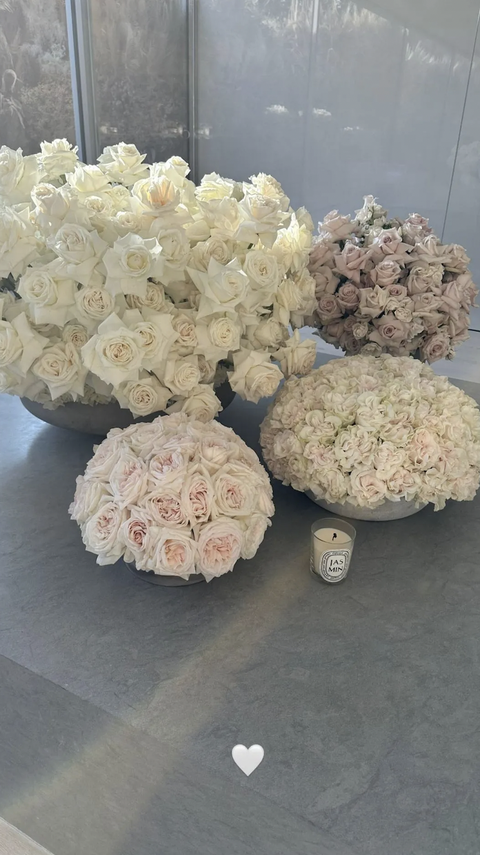 This post comes amid The Sun reporting that Pete and Kim secretly saw each other in NYC when she came back from Paris Fashion Week earlier this month. “Pete visited Kim at her room and the next day Kim was seen sneaking out a back entrance of the hotel in a disguise and hopped in a waiting Escalade to visit Pete on Staten Island,” a source told the outlet.

Love to see Staten Island once again having a moment! Anyway, here’s what Kim said about her on-screen kiss with Pete during SNL:

“When we kissed, I was just like, Hmm,” she told Not Skinny But Not Fat. “It was a stage kiss, but it was still like…a little zing, you know? It wasn’t anything, like, super crazy-feeling, I was just like, Hmm.” She went on to explain that at first, she thought, “I haven’t kissed anyone else in 10 years, so maybe I’m just being stupid and it’s just nothing and it’s just a stage kiss,” but a few days later, “I was like, Hmm, there is some BDE action, how am I gonna…I just gotta get myself out there.”

This potential Pete + Kim reunion is obviously speculation at this point, but what we do know is that Pete and Kim split up in August after nine months of dating thanks to their conflicting schedules (the breakup happened while Pete was in Australia for an extended film shoot).