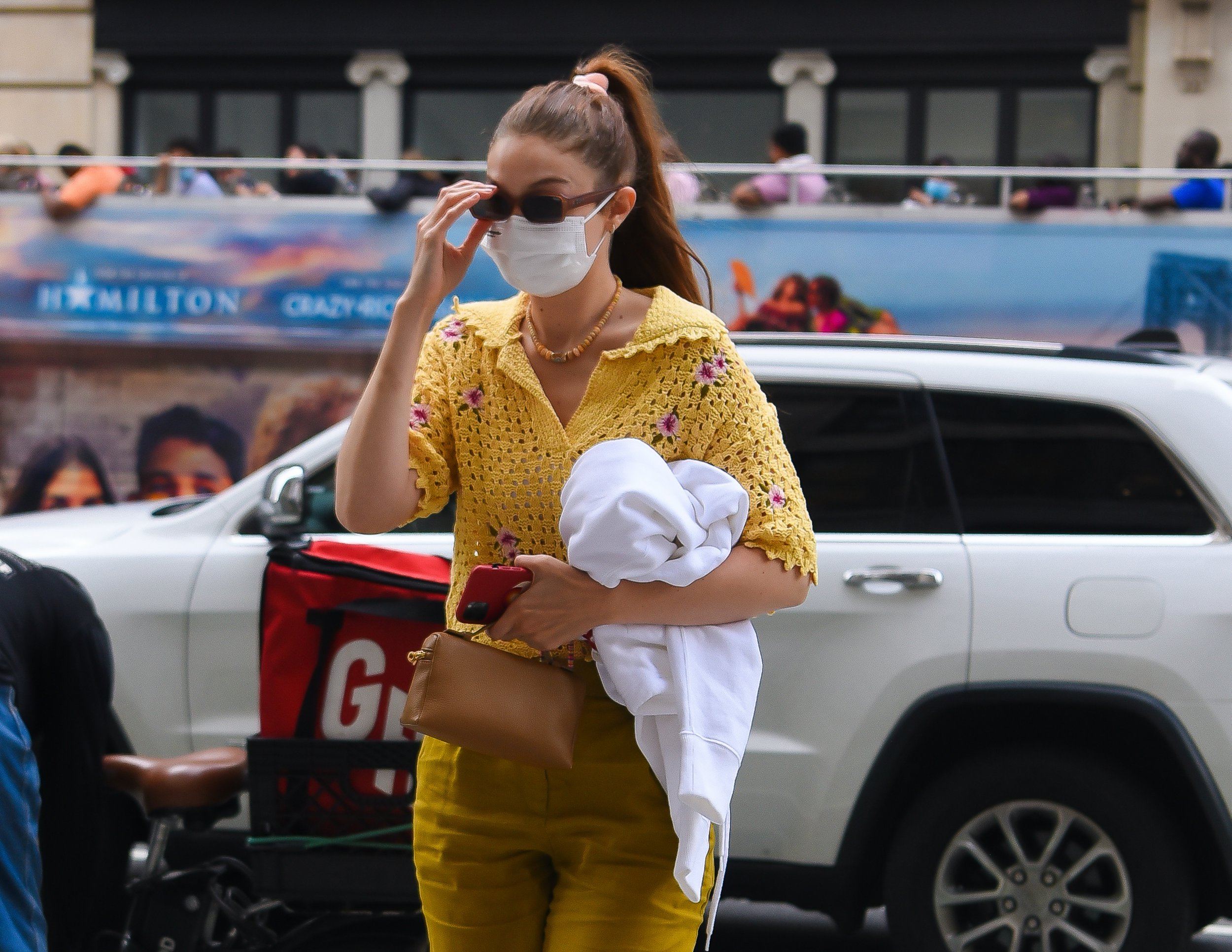 Gigi Hadid was spotted running errands alone after footage emerged of her boyfriend, Zayn Malik, getting into an altercation outside a New York City bar.

The supermodel, who shares daughter Khai with the former One Direction star, was pictured out and about in the Big Apple on Friday.

Looking as trendy as ever, Gigi wore a knitted yellow jumper with pink flowers embroidery along with a pair of mustard trousers and white slippers. She finished the look with a pair of sunglasses and wore a face mask for protection.

The 26-year-old was seen getting out of a car and heading inside a building and was solo for her outing.

It comes after Zayn, 28, was seen on video getting into a heated argument with another man outside the Amsterdam Billiards Club in the East Village area of NYC.

Sources told TMZ that Zayn was smoking a cigarette when a man attempted to pick a fight with him.

The man is also thought to have lunged at Zayn and called him a homophobic slur. The Pillowtalk singer, who was shirtless during the incident, was heard shouting back but it’s not known exactly what sparked the altercation.

Zayn has not publicly commented on the incident.

The pop star welcomed a baby girl with girlfriend Gigi in September 2020. It wasn’t until January when they revealed her name, with the model simply penning in her Instagram bio: ‘Khai’s mum.’

Zayn admitted to being surprised at how easily he’s adjusted to fatherhood, saying: I didn’t expect to be so into it. Before she was born, I was always into myself.

‘I had time for my relationship but it was still solely about me. The fact that Khai has been so easy to adjust to has been surprising to me because I just love spending my days with her, hanging out with her, just doing really relaxing chill stuff.’

Zayn moved to the US after quitting One Direction in 2015 and embarking on his solo career, and now resides in NYC with Gigi and their daughter.

gigi hadid, us showbiz news
You may also like: