Follow
Home » Celebrities » Halsey is struggling with multiple health problems, is ‘allergic to everything’

Halsey is struggling with multiple health problems, is ‘allergic to everything’ 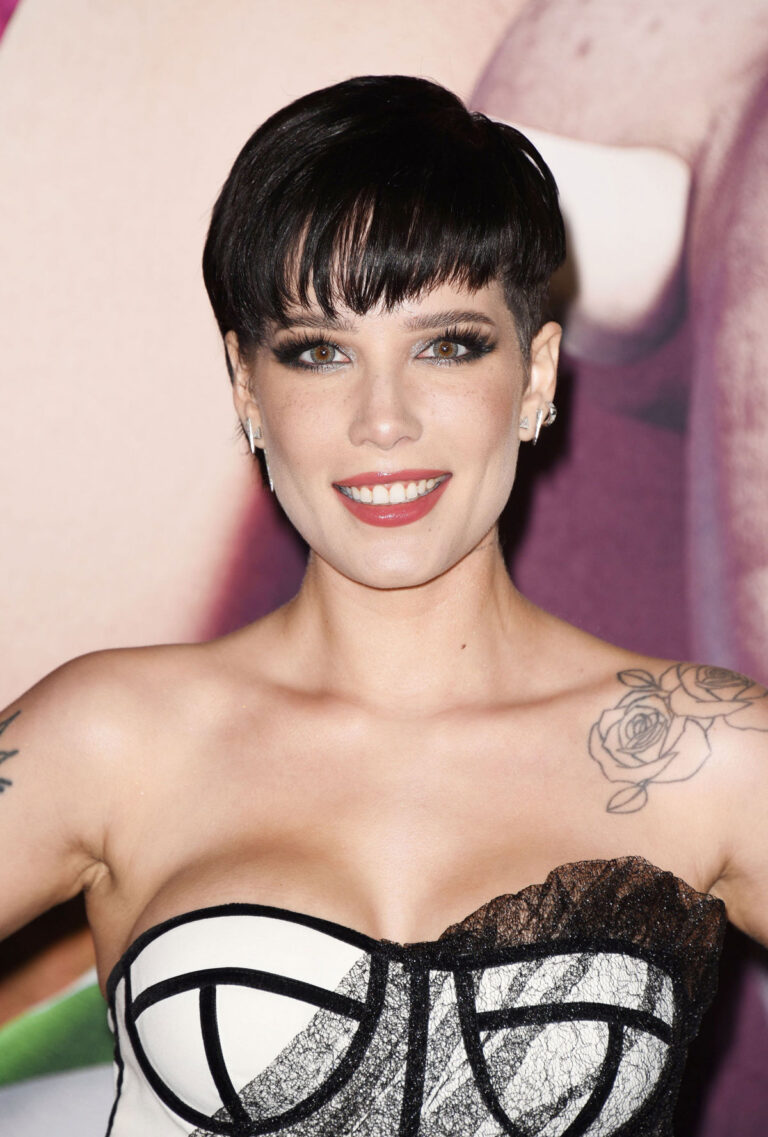 (Note: As mentioned in my last story, Halsey uses both she/they pronouns).

A couple of weeks ago, Halsey posted an apology to fans on their Instagram story, noting that they would be slowing down to manage with some health struggles before embarking on their summer tour. She mentioned she was “dealing with some new challenges” and said “chronic illness is a complex mystery.” I think everyone assumed it was endometriosis-related, because Halsey has been open about that condition. But they are actually dealing with even more health issues and just revealed they were recently diagnosed with FOUR syndromes and significant allergies.

Halsey is getting candid about the health issues they’ve been experiencing since giving birth to their first baby last July.

The “Without Me” singer, 27, posted a series of videos to her Instagram Story on Tuesday explaining some of the symptoms they’ve experienced and syndromes she’s been diagnosed with.

“So, I know that a lot of you guys have been wondering what’s going on with my health, and some of you saw a TikTok yesterday basically confirming that I’m allergic to literally everything,” they said.

“I was hospitalized for anaphylaxis a few times and had some other stuff going on. Basically, after seeing like 100,000 doctors, I got diagnosed with Ehlers-Danlos syndrome, Sjogren’s syndrome, Mast Cell Activation Syndrome (MCAS), POTS (postural orthostatic tachycardia syndrome),” Halsey — who is wearing a heart monitor — said, noting that they’re still looking for the “root cause of some of these things.”

Ehlers-Danlos syndrome is a group of inherited disorders that affect the body’s connective tissues, including skin, joints, and blood vessels, per Mayo Clinic. With Sjogren’s syndrome, which is classified as an autoimmune disorder, the body attacks the glands that make tears and saliva, but can also damage other parts of the body, including the joints, thyroid, kidneys, liver, and more.

MCAS is a condition in which “mast cells in your body release too much of a substance that causes allergy symptoms,” according to Healthline, while POTS is a condition that affects blood flow, and can cause lightheadedness, rapid heartbeat, and even fainting upon standing up, per Cleveland Clinic.

“It could be potentially another autoimmune disease, and I’ve known I’ve had autoimmune issues for most of my life, especially having endometriosis, but it’s kind of been exacerbated since I had Ender,” the three-time Grammy Award nominee explained.

Halsey went on to tell their followers not to worry and that they’re on a treatment plan, adding that they’re in rehearsals for tour and “really excited and really confident” they can do it in a way that’s “healthy” and can perform their best for fans.

Halsey shared this news via Instagram Stories again. I watched with some trepidation because it was clear she’d be sharing something serious and she’d looked a bit different in recent pictures, but my jaw actually dropped when I saw the heart monitor and she listed the syndromes she’d been diagnosed with. They mentioned they’d been feeling sick for most of their adult life, but their symptoms changed after giving birth last year. And then they saw a lot of doctors, got tests and were diagnosed with these four syndromes and determined to be allergic to “everything.” And “everything” does seem accurate because she posted a pic of her back with the allergy test and pretty much every inch of it was lit up.

I’ve never heard of any of those syndromes before. I’m not sure if that means they’re obscure or if my knowledge in that area is just very limited. Four sounds like a lot though. And while there does seem to be some overlap in the effects and symptoms, overall it just sounds like nearly every aspect of their body is affected. That sounds really hard and it must have been frustrating to feel sick and not know why for a long time. Hopefully having actual diagnoses and a treatment plan now will bring Halsey some relief and have her feeling better soon. She is still planning to proceed with the tour and I remain impressed that she’s still focused on that despite feeling so bad.