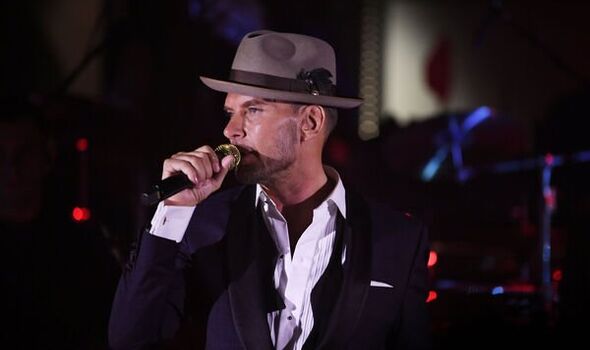 The 53-year-old singer was an 1980s pop idol, along with twin brother Luke and friend Craig Logan, in the band Bros – known for hits such as When Will I Be Famous?

More recently, a 2018 documentary about the Bros 30th anniversary comeback, called After The Screaming Stops, won a Bafta.

After confirming he has signed up for the BBC dance extravaganza, Matt said: “I’m extremely nervous and excited, but I’m optimistic because I’m very supple from the knees down.”

The pop icon – originally from south London – joked that he is “eating everything that’s favourable to Spandex” ahead of his debut on the show.

The US-based star added that he feels it is time for him to “come home”, saying: “I’ve been almost reclusive. I come in to the UK, I work and go back to America.”

“I just thought ‘You know what, it’s time for me to come home, just do something completely out of my comfort zone”

“I’m quite shy off stage. I just have to face all those demons and just learn.”

Matt has also had success as a solo artist, having released a number of albums – and has been cast in lead role in forthcoming psychological thriller movie, Cobbler Killer Stranger.

Kiss radio’s Tyler West, 26, has also been revealed as part of the line-up of the 20th series of Strictly, starting next month.

The presenter said yesterday: “I am so gassed to be joining the Strictly family.”

“As I started writing this I already got cramp. It’s going to be one crazy incredible journey will no doubt be so far outside comfort zone.”

“It’s a show that means so much and my family and I can’t wait to seriously shake a leg on that shiny dance floor…with a side of sequins.”

Before he became a broadcaster, he played handball for the GB national team.

The launch, at which the celebrities gain partners, is being recorded on September 7.