Is Carrie Ann Inaba Really Never Coming Back To The Talk?

CBS’s beloved talk show “The Talk” has gone through some changes as of late. One-time host Sharon Osbourne departed the show in March after receiving backlash for her defense of British host and media personality Piers Morgan and his comments about Meghan Markle, according to People.

CBS posted a statement: “Sharon Osbourne has decided to leave ‘The Talk,'” it read (via People). “The events of the March 10 broadcast were upsetting to everyone involved, including the audience watching at home. As part of our review, we concluded that Sharon’s behavior toward her co-hosts during the March 10 episode did not align with our values for a respectful workplace.”

As a result of Osbourne’s departure, Jerry O’Connell stepped in as a new host, becoming the first male personality to hold a full-time hosting position on the show, according to Page Six. Well, it looks like “The Talk” is on the hunt for another new host because there’s some breaking news about Carrie Ann Inaba.

Carrie Ann Inaba won't be coming back to 'The Talk' 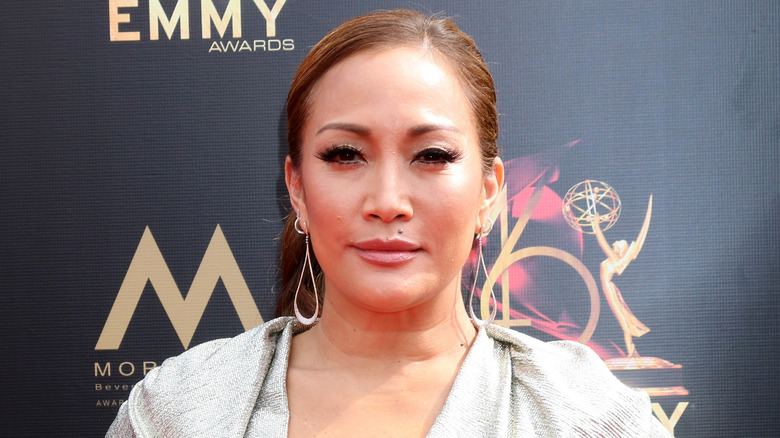 “The Talk” is going to have to get busy recruiting another new host because Carrie Ann Inaba isn’t coming back. As Page Six first reported, the talk show is specifically looking for a male replacement. “They haven’t announced it, but Carrie Ann is not returning, and they’ve been trying out comics and athletes to take her place,” the outlet reported.

Inaba took a leave of absence from the show in April, according to Just Jared. In an Instagram post, Inaba explained that she was taking a step back to focus on her health and well being. “We all know health is the most precious gift we have. And I need to take care of mine,” she wrote, (via Just Jared).

Page Six explained that the incident involving Sharon Osbourne also upset Inaba. “After the incident, they brought in a diversity and inclusion agency to help repair the situation, and Carrie Ann openly griped that she was being punished for things while she was out,” a source told Page Six. “She returned to a new environment, and she also didn’t like that the show is starting to tackle more serious issues.” Inaba is, however, returning to her gig on “Dancing with the Stars,” where she also plays the role of host.

ann, Carrie, Inaba, is, Nev, Really
You may also like: