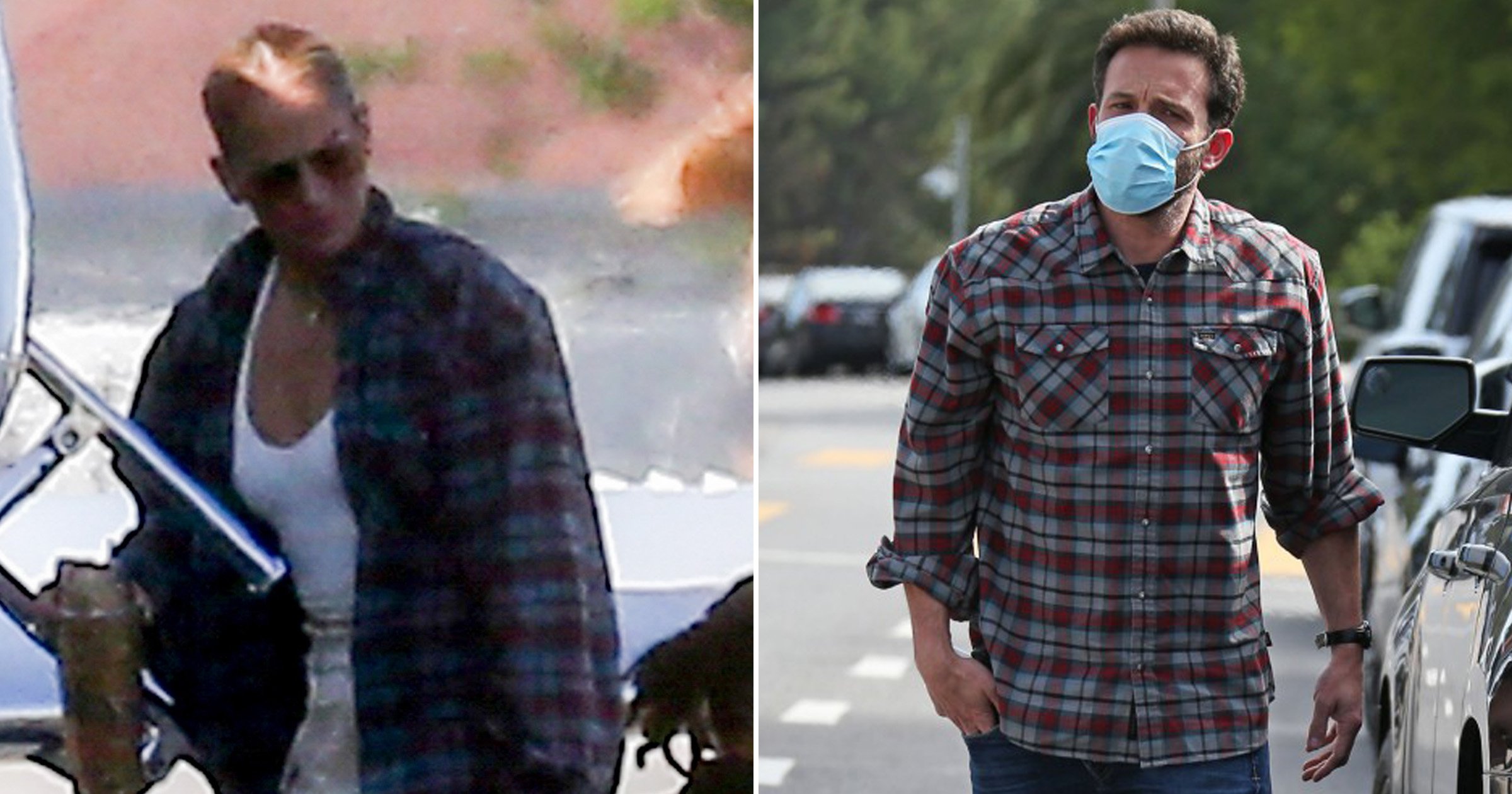 Jennifer Lopez and Ben Affleck are doing absolutely nothing to shut down rumours that they have rekindled their romance – after they were seen wearing what appeared to be the exact same shirt.

The former couple, dubbed Bennifer, previously dated in the early noughties before announcing their split in 2004.

Flash forward 17 years and it has been claimed the pair have secretly reunited, following the Love Don’t Cost A Thing singer’s engagement to Alex Rodriguez ending.

While they have yet to speak out over the speculation, J Lo was spotted leaving Miami in an oversized checked shirt – which she seems to have lifted from the Batman actor’s wardrobe.

She kept her head down upon landing in LA, but still managed to look incredible after the flight, donning a white halter neck crop top and wide-legged beige trousers underneath the flannel red and grey shirt – which her rumoured beau happened to be pictured wearing in May.

This isn’t the first time their outfit selections have raised eyebrows, as Ben was recently seen wearing a watch he received from Jen when they were first dating.

Bennifer met on the set of their ill-fated flick, Gigli, and announced their engagement in 2002, but broke off their romance shortly before they were due to tie the knot in 2004.

Since then, the pair moved on, with Ben marrying Jennifer Garner the following year, before they confirmed their divorce a decade later.

Meanwhile, J Lo tied the knot with Marc Anthony in 2004, with the pair welcoming twins Emme and Maximillian together.

After they split in 2014, the Hustlers actress went on to date former MLB player Alex Rodriguez, but they went their separate ways in April, after four years together.

Weeks after they publicly ended their romance, it emerged that Jennifer and Ben had rekindled their friendship, and have been inseparable ever since – jetting away on romantic trips together.

And the romance has reportedly been given Jennifer Garner’s ‘seal of approval’.

‘JLo has Jennifer Garner’s seal of approval,’ an insider told Us Weekly. ‘JLo thinks Jennifer is a kind and wonderful person and an amazing mother.’

‘Friends say they can see them staying together forever this time around.

‘They love being together and the weekends away they had been spending together have really sealed the deal. They are very much in love.’

Ben Affleck, Jennifer Lopez, U'
You may also like: