Italian food with a side of kisses: Jennifer Lopez and Ben Affleck packed on the PDA at a restaurant in Italy this week.

It’s the summer of Bennifer sightings — and the latest comes from the shores of Italy. Jennifer Lopez and Ben Affleck enjoyed a meal in the scenic fishing village of Nerano on Wednesday, July 28. The Italian fare brought forth an abundance of passion, as J.Lo, 52, was photographed giving her boyfriend, 48, smooches while on his lap in the busy restaurant. See the photos HERE. 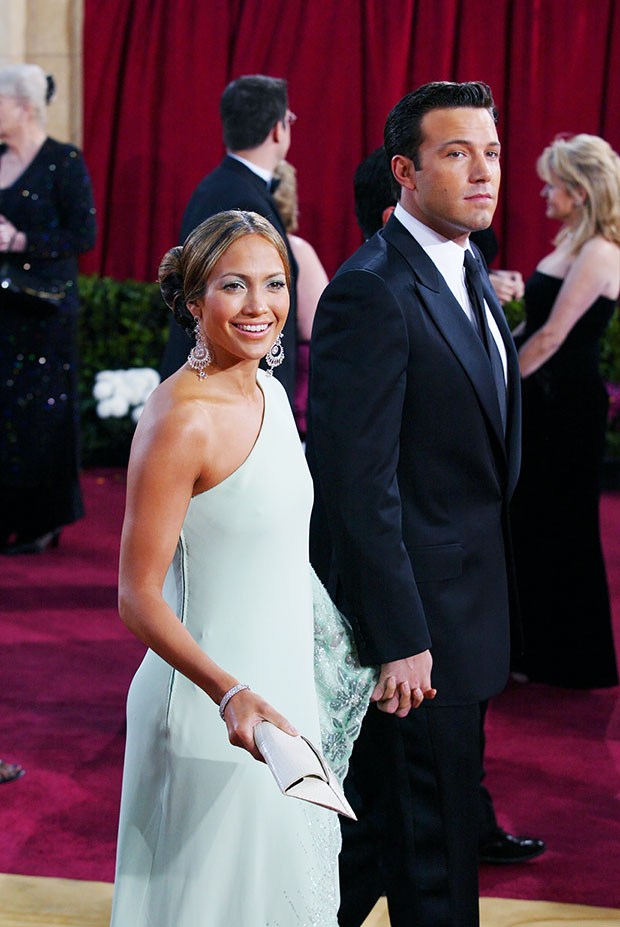 The “Jenny From the Block” singer wore a red and white bandeau top and a billowing white skirt for the outing on Wednesday, completing the casual vacation look with her hair clipped up. The two were all smiles and even exchange some big laughs before heading on a boat with some friends.

The couple have been in Europe for about a week now to celebrate J.Lo’s 52nd birthday on July 24. The festivities began in France, where the couple were spotted sunbathing on a yacht in Saint-Tropez (and seemingly recreating aspects of the “Jenny From the Block” music video, in which Ben starred).

Bennifer then continued the birthday festivities at a night club, where they packed on the PDA and even danced along to some of J.Lo’s top hits. The actor gifted his singer girlfriend custom jewelry pieces from Foundrae — ones that represent their “untamed” and “wild” relationship. The pieces can be seen in Jennifer’s birthday IG post from last week.

Foundrae creative director and co-founder Beth Bugdaycay told E! News that each piece told a story of their love. “With the custom piece Ben created for Jennifer, it clearly communicated their love, but it’s also a reminder of their capacity for change and growth,” Beth told the outlet. “For example, one of the medallions he chose represents resilience, which we describe as wild, abundant, and untamed.”

“The blossoms are fed with passion and continue to bloom, even in darkness, against adversity,” she continued. “But we can’t separate the flower from its thorn. The thorn is the risk we assume for something we love, for living life fully without reserve.” Beth added, “We were blown away by his romantic gesture.”

Bennifer, who dated between 2002 and 2004, rekindled their romance in May. The two were even briefly engaged during their initial coupling. A source previously told HollywoodLife, however, that the relationship is “much different” this time around. “It’s already much different this time around and they both seem very happy,” the source said. “They’re both giving this relationship another very solid try and they’ve both made it clear they’re not taking any BS and taking this seriously.”